An Android device offers a great number of different settings when it comes to customization. One of the greatest things about Android is the presence of live wallpapers which can replace that boring, static background of your home screen with an interactive and dynamic one.

Unfortunately, live wallpapers have some setbacks too, because if you are using one it will drain the battery more quickly. Also, the phone has to have good performance to be able to run live wallpapers smoothly. All in all, this capability is a great asset for all Android fans, so keep on reading because today we will present some of the best live wallpapers for the Android operating system. You should also check our quick launcher customization guide.

10 of the Best Android Live Wallpapers 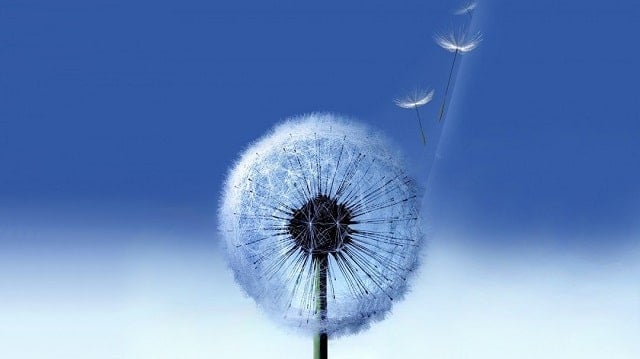 A live wallpaper is basically an app that works on Android devices as a background wallpaper for the home screen. It dynamically changes when the user is interacting with the touch screen and accesses in background the software and hardware of the device, such as the GPS or mobile data.

To set a live wallpaper, just place a finger on the touch screen and perform a long press, until a menu will pop up. From the newly appeared menu select “Live Wallpapers” which can be found under the “Wallpapers” section. Select the desired one and apply it. Just to be clear, the following list are not in any particular order. 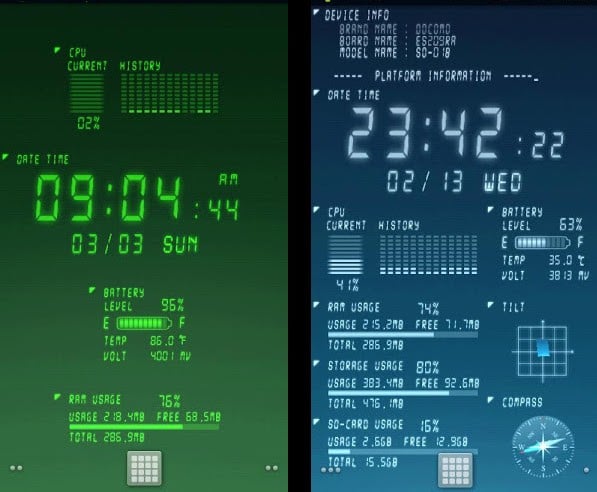 Device Info Ex is one of the most functional live wallpapers in the market which shows almost every possible data about your device. It features a great number of statistics about your phone, for example the CPU/RAM consumption, temperature, time or even compass and much more.

Device Info can be customized in various ways, from changing the color of its background to matching different themes to moving and choosing what information you want to be displayed. All in all, this application is one of the best and can be downloaded for free, but without having all features. The full version retails for $1.03.

Koi Live Wallpaper is one of the most beautiful wallpapers of its type. Basically, it’s a little pond with a bunch of Koi fish that are swimming. It’s very customizable letting the user choose the number of fish, their color (over 20 possibilities), background and even to add lily pads on the water surface.

To interact with the fish, just tap once on one of them and it will get scared and swim away. If you tap two times, some blue flakes will drop into the water to feed the Koi fish and if you tap only one time on the screen, the water will ripple.

Koi is available as free live wallpaper, but for some features users will have to choose the full version, for $0.99. 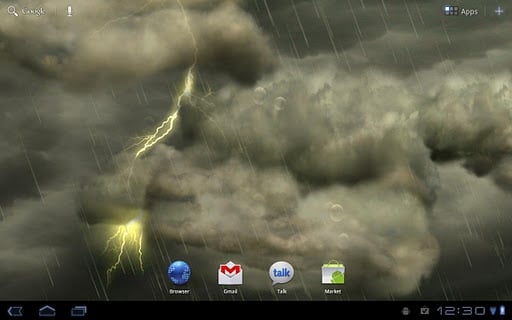 Thunderstorm Live Wallpaper is one of the pioneers of this type of wallpapers which shows a thunderstorm on users’ devices. It controls the behavior of rain, clouds and lightning strikes. For a live wallpaper like this, it has lots of different settings that can be changed.

One of the most interesting features is the one that permits starting a lightning on the device’s screen when the user taps on it. Also, it allows changing the color of the sky, lightning and controlling the wind speed, bolt frequency or the number of clouds.

This wallpaper is available in two versions: free and paid ($0.99). The difference between them is obviously the number of features that are included.

Gold Future Interface Live Wallpaper is one of the simplest apps that provide a great live wallpaper improving the appearance of your device. As the name says, it has a gold color scheme that includes a clock whose position can be changed according to your preferences. Also, there are a few types of clocks which can be alternated as you want.

This application doesn’t have many customization options, but you will be able to change the speed of the animations and the position of other graphics. Unfortunately, the color scheme of this live wallpaper cannot be changed, so that if gold is not your favorite color, you should think better before buying it.

This application can be obtained for free, but you should know that some features aren’t available. Also, there is a paid version which contains all features that can be bought for $0.99.

Sun Rise Live Wallpaper is a lovely background replacement for your Android device that will make your every morning better. Practically, it’s composed by a silhouette of a tree situated in a beautiful morning environment, some moving clouds and birds. In addition, it has a nice capability of setting a rainbow to appear when receiving a SMS.

The possibilities of customization are restrained, letting you change only the speed or direction of the wind and the manner the birds are flying to form a Good Morning message.

The application is available as a free and paid version ($0.79)

Panda Chub Live Wallpaper is the best choice for animal lovers from all around the world. Whose heart won’t melt when seeing a curious little panda? Unfortunately, this is all you get because the possibilities of customization are very few, you will be only able to choose between five different backgrounds.

When tapping the screen of your device, the eyes of the little panda will move after your touch. It’s available as a free application, without the possibility to change the backgrounds, and as a paid version for $0.99.

GyroSpace 3D Live Wallpaper is one of the best 3D animations, which is also recommended by the editors from Google Play Store. It presents a cosmic scene with a beautiful colored nebula and very detailed planets which in addition, creates a very nice 3D depth effect. This live Android wallpaper has multiple themes and some interesting customization settings.

In GyroSpace 3D Live Wallpaper one can also set the performance level, if the planet has a ring around it or if to show asteroids. Note that the application works only with devices that have gyroscope, such as Nexus 7 or Samsung Galaxy S3. This live wallpaper can be downloaded for free and if you like it and want all features included, buy the paid version for $1.59.

Earth HD Deluxe Edition brings the most interesting and awesome view of our planet. The thing that instantly pops out is the fact that the position of the Earth and Sun depends on your device’s current date. Also, it has beautiful HD textures for background, stars, planet and every detail is very accurate making this application one of the best.

It can be bought for $1.00, while at the same time it can be downloaded as a free version, but without having some of the most important features and HD textures.

Androids Pro! Live Wallpaper is one of the simplest, but most customizable wallpaper. Practically, you have to create your own live wallpaper choosing from basic options, such as different shapes and backgrounds or color pattern. After that, change the size, speed, FPS and physics of objects until you feel pleased with them and save your settings.

It has a great number of different combinations which you can play with to obtain unique live wallpapers. The free and the paid versions are the same, except that for the first one some options are locked. Note that the paid version costs $1.49.

Season Zen HD brings your Android device to life with amazing nature wallpapers. It’s a park scene which consists of a twig with a bird’s nest, butterflies, a bench and flowers. It’s a beautiful 3D wallpaper which has four themes for every season: Spring, Summer, Autumn and Winter.

It’s very customizable allowing you to set everything from the image. You can change the type of the bench, flowers and even the eggs, and if you don’t like one of the objects it’s not a problem, because the application permits to hide or show them from the settings menu. It’s available only as a paid version and it costs $1.99.

Was this article helpful?
YesNo
TechPP is supported by our audience. We may earn affiliate commissions from buying links on this site.
Read Next
NothingOS Made Me Realise How Much Overrated Pixel UI Is
#android #Live Wallpaper