Microsoft is reportedly offering the Windows Phone OS for free to a couple of Indian OEMs, Lava and Karbonn, possibly in a bid to take on the ever growing market share of Google’s Android in the country. Microsoft had announced inclusion of eight new OEMs (including Lava and Karbonn) to bring out Windows Phone devices during MWC 2014. 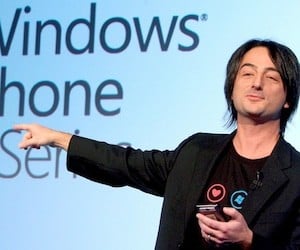 According to the Times of India, Microsoft is waiving the license fee of Windows Phone for these two OEMs, whose Windows Phone devices are likely to hit the market in the next few months. Both Lava and Karbonn are known for their budget Android smartphones and feature phones in India. Waiver of license fee from Microsoft is kind of surprising, as the company reportedly charges $20 to $30 for each Lumia device sold by Nokia, which went Windows Phone exclusive in 2011, and acquired by Microsoft last year (pending regulatory approval).

It’s not clear if this offer of free licensing of Windows Phone is restricted to these two new OEMs, or if Microsoft plans to extend the offer to other new and existing OEMs like Lenovo, Samsung, HTC and ZTE. A couple of years back, ZTE had alleged that the license fee for Windows Phone are higher than they first thought. Eventually, ZTE and other OEMs like HTC and Samsung had nearly stopped bringing out newer devices.

According to a senior executive of an Indian OEM, the company isn’t paying Microsoft a license fee for their upcoming Windows Phone handsets. Another executive said:

With Android being offered for free and with its ever growing popularity, local OEMs in India have been churning out affordable Android smartphones for a few years now. Windows Phone though, is slowly picking up pace with around 10% market share, mostly dominated by the sales of low-cost Nokia handsets like the Lumia 520 and 620. It remains to be seen, if Microsoft extends the benefits to Nokia as well, which recently ditched its “Windows Phone exclusive” tag with new range of Android based smartphones.

Was this article helpful?
YesNo
TechPP is supported by our audience. We may earn affiliate commissions from buying links on this site.
Read Next
How to Request Read Receipts in Microsoft Outlook
#india #microsoft #windows phone