In an increasingly tech savvy world, the good old mix of sex and violence was not yielding the sort of spying results that the Secret Service was accustomed. So they decided to slip a geek into the shoes of Commander Bond after he botched up the last mission by allegedly misbehaving with an ambassador, courtesy his inability to understand a simple “pinch to zoom” command (“I pinched her and zoomed away,” Bond would say in his defence, a response that saw him being sent to a spaceship like building in Cupertino to find out more about a new revolutionary technology as part of Operation GawdPhone. When last heard, his cover had been blown as he misunderstood the concept of multi-touch interface, but that is another story). 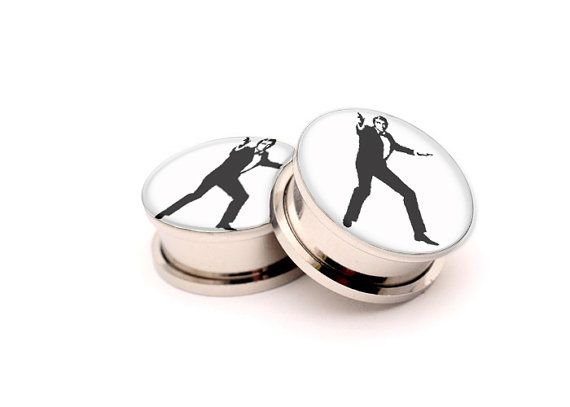 The geek was plucked from the blogosphere – that mysterious part of the universe where the tech savvy lurk. He was put through an intensive training routine. He was taught to speak a dozen languages, was made to do push ups with both hands tied behind his back, run miles with his left foot tied to his right wrist, learn to forget pain and focus on inner peace while he was being eaten alive by white ants…and so on. You know, the usual Double O stuff.

When they felt he was ready, he was summoned to the headquarters. He was given the codename 00G and was formally given possession of a licence to kill and maim people and (because he had insisted) another licence to hack phones and computers. He was briefed by N (M had retired) and handed his papers by Miss Rokdapaisa (who had ably replaced the also-retired Miss Moneypenny). And then came the moment of truth – the moment the blogger turned Bond had dreamt of.

He was sent to pick up an arsenal of gadgets from the Secret Service’s tech wizard, the legendary Q, in the R&D wing.

“Welcome, Double O G,” Q greeted him heartily. “Congratulations on your first mission. Let’s see what we have for you.”

“My dear chap, it comes with liquefied explosive in place of ink…”

“Yes, but who uses a pen these days?”

“How many megapixels?” snapped 00G.

“How many megapixels,” repeated 00G. “And does it have OIS. I mean, it is a pen so it will move around, right. It needs OIS. And how does it connect to the computer – NFC or Bluetooth?”

“Wait! So this has no connectivity?”

“It is a pen, for God’s sake! What do you expect it to do? Build Manhattan? Pocket it!”

00G put the pen in his coat pocket, grumbling a bit.

00G looked at it, pretty much with the expression of a person who sees a fly in his soup.

“Young man, you cannot have everything. This device has four cameras, a hidden SIM slot, remote access to a button that can launch two nuclear warheads at cities of your choice, a fingerprint/eyeball/fingernail/ left nipple scanner, and near infinite battery life thanks to a little lever that converts every movement of yours into electric power, and…”

“Stuff that,” interrupted 00G. “Which version of Android does it run?”

“What!” Q looked astounded. “My dear chap, this is no mere phone…”

“Will it get Lollipop?”

“Doubtless, if you call the confectioner for one…”

“No, I meant Android Lollipop. And that display does not look sharp to me. PPI?”

“Does that stand for Personal Private Eye?” a befuddled Q asked.

“No, dude. Pixel per inch. Gotta know the density of this display.”

“And this has SO gotta run on an octa core processor, with two cores dedicated to power conservation and its own graphic processor. And at least 3GB RAM. And motion sensors…”

“It has one of those. It can sense when you want to pass motion…”

“Oh yes,” said Q. “You get this amazing tablet. A lovely touchscreen device, whose display can be rolled up to reveal a secret radar tracking system, allowing you to spot any heavy weapon in a range of six miles…”

“Why do I need to roll up the screen? Why don’t you just put an app for that?”

“Yes, but that is to accommodate a glass gun that cannot be detected by metal sensors…”

“The glass gun? Does it have Gorilla Glass or is it just an oleophobic coating?”

“My dear chap, it is a weapon to be used in extreme circumstances. You cannot…”

“Whatever. Put a screen protector on it!”

“Cover the damn thing with shrunk plastic or whatever you call it. I am not carrying a scratched and smudged gadget.”

“A super device that looks like a classy Swiss watch but actually contains an inbuilt phone, an electronic compass, with a mapping system, and also comes with a laser…”

“I beg your pardon?”

“Oh I am, but this relic of a watch is not. It does run Android Wear?”

“Relic? The Swiss took a day’s break from making chocolate to make it for us. The maps…”

“Oh all right, all right. It seems I am going into this mission with junk from ancient Mesopotamia. Let’s get it over and done with. What’s that?”

“Sunglasses. And no ordinary pair of sunglasses either…”

“These use the Google Glass specifications and concept, right?”

“What? No voice commands?”

“That thing! That is not even a stylus, and does not even have Bluetooth. What am I supposed to do with these glasses, then?”

“Well, actually, the frame contains two small missiles which can be activated…”

“Oh great! Just weaponry. No real technology here, is there? No multi core processors, no Android updates. It is no wonder you guys are in the state you are.”

“We are not doing too badly, you know…”

“What rubbish. You have handed me a stack of gadgets and not one of them has an octa core processor, you don’t even know how much RAM there is in that phone, and I am supposed to save the world with all this?”

“…is in the slammer because he did not understand the real meaning of a multi-touch interface. You know, you guys are ancient!”

“I am not so sure. Let me get back from this mission. I want more Android in the glasses. I want multi-core processors. I want a BlackBerry that runs iOS, and I want a team that develops apps, not useless things that go bang…”

“Oh, and with all due respect, Mr Q. I think you should resign. The world needs apps and cutting edge technology. The age of weapons and stealth is over. It is an appy world.”

So saying, 00G slapped on his sunglasses and strode out of the room.

Q sighed. He sat down on his workbench and started tinkering with a belt. Now, if he could add some uranium to that buckle and a small radio transmitter, he could…

There was a loud explosion from outside. Windows were shattered. Many people in laboratory dived for cover.

Q looked up from the belt he was working on.

“Relax, ladies and gentlemen,” he said. “It is nothing major. I think 00G’s just discovered how to activate the missiles on his sunglasses.”

He added a small part to the belt buckle and added, “If he had he let me finish telling him about them, he would have discovered that they are designed by default to blow up the person wearing them. Geek, huh? It’s not just about apps and cores and RAM. It ain’t about what’s inside, sonny.”

He snapped his tool case shut.

“It is about using the damned thing.”

He walked over to a PC and started an e-mail to N. He thought for a while, and then entered in the subject line: “00G gone to appy place. Request replacement.”