In the latest episode of The Talk Show, long time Apple blogger John Gruber asks Apple’s VP of Worldwide Marketing Phil Schiller — what many of us are wondering as well — whether he thinks the price of Apple Music a bit on the expensive side. Apple Music, company’s take on the competitive music streaming business will charge $9.99 (Rs 600) per month for an individual membership, and $14.99 (Rs 950) for the family plan in which it will allow up to 6 members to enjoy the service. While Apple’s family plan is cheaper than Spotify and other competitive services’ offering, the individual plan may not sit well with many users, especially if you’re living outside the US, in developing regions. 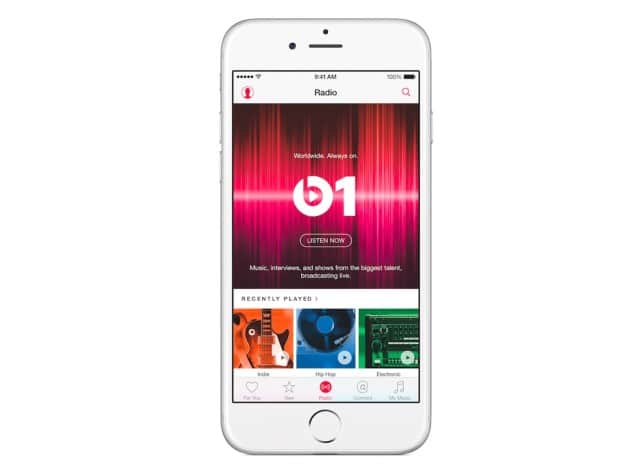 But it seems Apple intends to adjust the final price based on your location. As a couple of users point out on Twitter, citing developer preview of iOS 9, Apple Music will be available in India at a price point of Rs 120 ($2) for an individual account (instead of costing north of Rs 600). For the family membership, the company is asking for Rs 180 ($3).

If the company does stick with this pricing, it is putting Music app in a far better position in India. Popular music streaming service Rdio launched in India earlier this month with Rs 120 per month subscription plan. The service charges Rs 180 for the family pack. Indian music streaming service Gaana.com too charges Rs 120 per month, and Saavn.com also only asks for Rs 120. It also maintains a ‘Pro’ subscription at $3.99 in which it offers up to 5 users to enjoy the service worldwide. 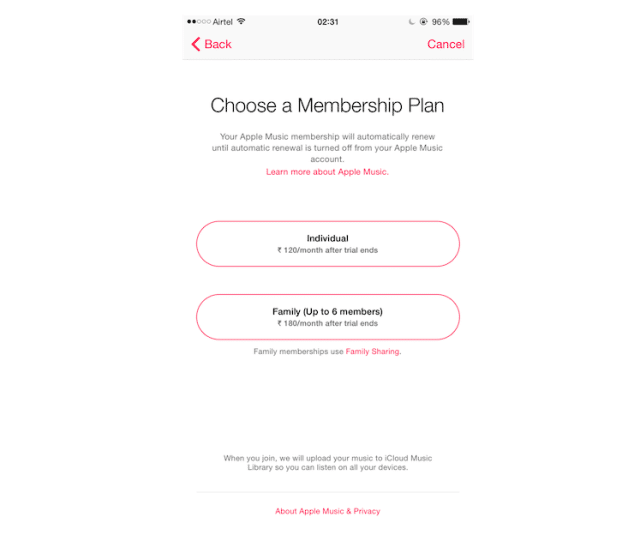 Apple perhaps realizes that its service will get a far wider traction if it lowers the pricing of its subscription plans in India. Music streaming is yet to take off in the country, thanks to the largely poor connectivity across the nation, and an affinity among many to download music for free from shady websites.

In the absence of Spotify — which isn’t available in India, and interestingly plans to revise its plan worldwide — Apple Music will be able to offer the richest library in the nation. Compared to the 30 million songs the company touted at the event earlier this week, Saavn and Gaana each offer about 3 million tracks. Though, it will be important to see how many tracks will Apple be bringing to the nation, and also how many local music will it have onboard. For a refresh, Apple Music in addition to offering streaming service, also features Beats 1, its first 24 x 7 global radio. It is launching in over 100 nations and will be releasing on iOS, Android, and Windows platforms.

Was this article helpful?
YesNo
TechPP is supported by our audience. We may earn affiliate commissions from buying links on this site.
Read Next
How to Activate Spatial Audio on Apple Music [iOS | macOS | Android]
#Apple Music #Music streaming apps