There were very little details not known about this phone, but the Meizu PRO 5 has been officially announced. At an event in Beijing, China, the company unveiled its newest smartphone which is one of the first non-Samsung smartphones to come with the 64-bit octa-core Exynos 7420 processor clocked at 2.5 GHz, the same processor that we saw on Samsung Galaxy S6 (and Edge). 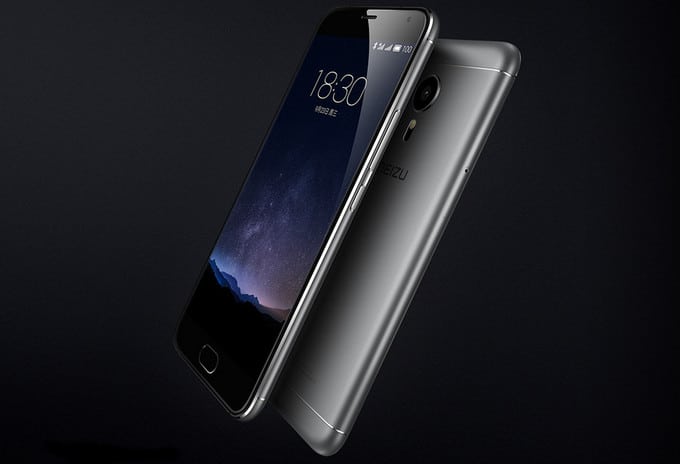 The Meizu PRO 5 continues the company’s tradition of releasing flagships without Qualcomm’s Snapdragon processors. Much like OnePlus, Meizu has stuck to Full HD display on the PRO 5 without going for the QHD screens which have become a norm for flagships these days. The Meizu PRO 5 has an all metallic build like its predecessor, the MX 5. In the imaging department, the phone sports a 21 megapixel camera module at the rear with laser auto focus accompanied by a 5MP camera on the front front. The phone runs on Flyme 5 that is based on Android 5.1 Lollipop.

The 5.7-inch screen is a Super AMOLED 2.5D display with Corning’s Gorilla Glass 3 on top of it. There are two variants of Meizu PRO 5 – the first model will sport 3GB of LPDDR4 RAM and 32GB of native storage, while the second variant will ship with 4GB of LPDDR4 RAM and 64GB of internal storage. Thankfully, both of them will carry a microSD slot (unlike on MX5).

The 21 megapixel sensor on the rear is a Sony IMX230 module with f/2.2 aperture. Like the MX5, it comes with dual tone LED flash and laser autofocus. Front snapper is an OmniVision OV5670 sensor with f/2.2 aperture as well. The phone comes with the fingerprint scanner on the front, much like Samsung’s devices. The 3,050mAh battery might not be too big, but the mCharge 2.0 support sweetens the deal thanks to fast charging. The charging part is now a Type-C USB, like on the OnePlus 2 and Mi 4c.

Was this article helpful?
YesNo
TechPP is supported by our audience. We may earn affiliate commissions from buying links on this site.
Read Next
Meizu 16T with Snapdragon 855 and Triple Rear Cameras Launched in China
#Meizu #Meizu PRO 5