Blackberry Priv to be Priced at $900; Gets Detailed in a New Video

It’s a well-known secret that Blackberry’s new Priv is around the corner and now the company has officiated the same through its short video tours. The Priv has been gaining quite a lot of attention due to its quirky name and the very fact that it will be the Canadian company’s first phone to run on full-fledged Android OS (not just side loading of the Android apps). 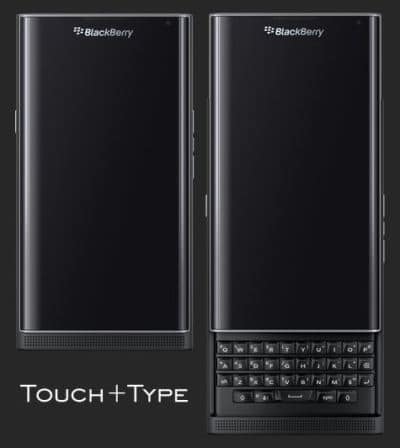 The BlackBerry Priv was put for pre registration last week, and seems that it has finally gotten itself a price tag. The Blackberry Priv seems to be up for pre order at a price of GBP 579.99(~$900), which seems to be a ransom to pay, but again it might still do well with consumers needing both a physical keyboard and a touch screen combo. The BlackBerry Priv will be running the near stock Android 5.1.1 without any overlays.

The short clip below was posted on company’s official YouTube Channel and it shows the phone in action. The stock Android build, Blackberry Hub, home-swipe gesture typing on the physical keyboard with gestures, you get to see it all in the video. Going by the video, the interface and navigation looks to be swift, but again being an Android it might get sluggish after few months of use.

Blackberry is biting the dust as the sales are constantly declining and even the hard-core loyalists are shying away from buying a Blackberry. The primary concern is the small screen and the better options available in the market. The Passport tried to change the things but it didn’t succeed quite as well thanks to its absurd formfactor amongst many other things that didn’t go well with the users. The Priv however lets users make use of the entire screen as the onscreen keyboard disappears once the keyboard is pulled out.

Blackberry Priv is expected to come with a 5.4-inch display and will be powered by the hexa core Snapdragon 808 chipset paired with a 3GB of RAM. On the memory front, the phone comes with 32GB of internal storage and an expandable memory card slot which can accommodate a staggering 200GB of additional storage.

In all likelihood, the Blackberry Priv will be launched in the first week of November and the company has already started accepting the pre registration for the phone. If you are interested in the Privy, you can subscribe to the newsletter which will set you up with relevant dope about the phone.