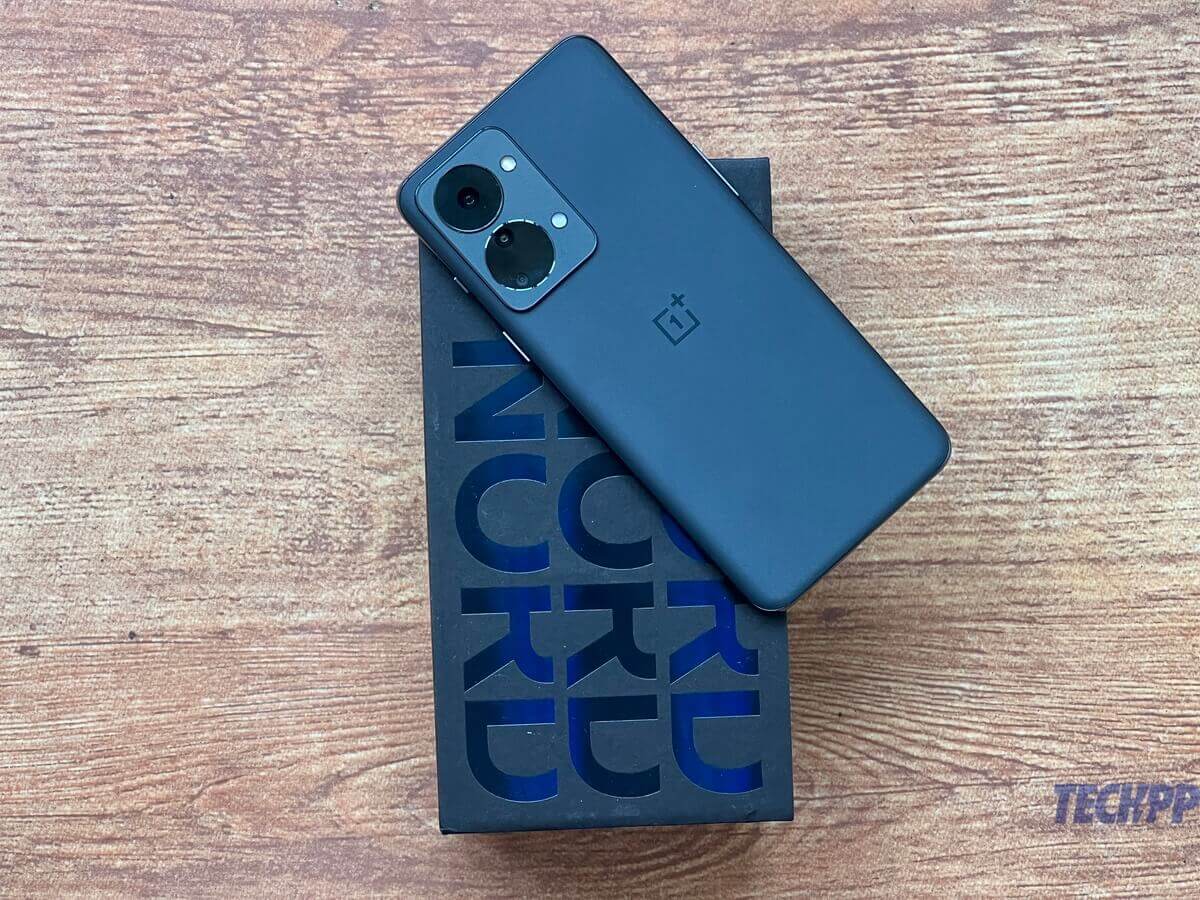 The Nord 2 with a different back

You could mistake it for the Nord 2 from the front and sides. It sports the same 6.43-inch full HD+ AMOLED display with a 90 Hz refresh rate on the front and a tiny punch hole notch in the top left corner. The curved sides (no straight ones yet) are also similar to the Nord 2, with the right-hand side features the alert slider, a OnePlus trademark that has gone missing from its Nord CE offerings. Even the proportions and weight are largely similar – the Nord 2T is exactly the same height (159.1 mm) and is as slim (8.2 mm) as the Nord 2, and is just a touch less wide (73.2 mm against 73.3 mm). It is also just a gram heavier at 190 grams against the 189 grams of the Nord 2.

Flip the phone over to the back, and things change. The Nord 2T is the first Nord that comes with no shade of blue whatsoever, a little odd when you consider that blue is the Nord’s official color and a part of its packaging. You instead get a dark Gray Shadow and a green-ish Jade Fog color variant. We got the Gray Shadow, which looked very classy indeed, with a gentle, shimmery glitter that will remind some of the Sandstone finish on the first OnePlus phone. It is smooth glass and not as textured as the OnePlus One, but it is very elegant to look at.

The camera unit is slightly squarish with rounded sides, with two massive spheres inside that give the impression that this is a dual-camera phone. Peek more closely, and you will discover that one of those spheres actually houses two cameras. How quickly have brands progressed from flaunting cameras to hiding them – we also saw something similar with the iQOO Neo 6. 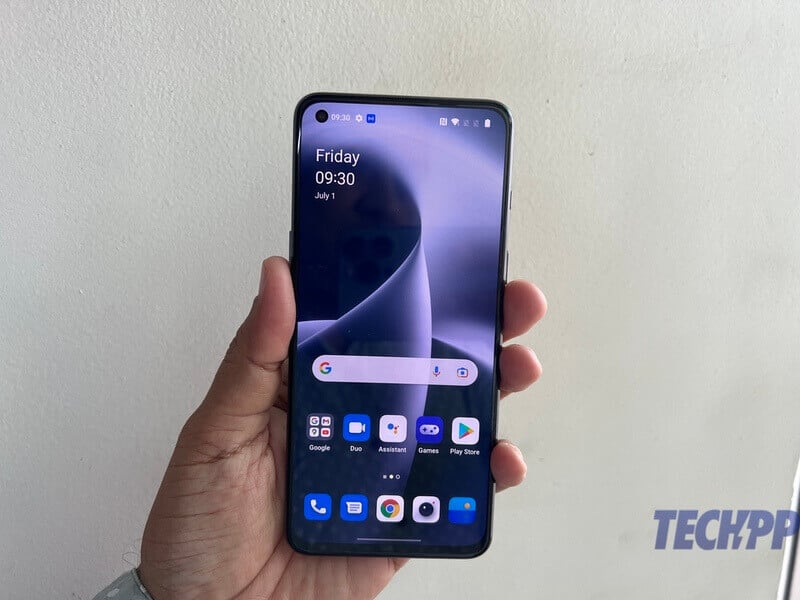 All said and done; the Nord 2T is a good-looking phone which is relatively handy by modern phone standards. It is not super-compact, nor will it stretch palms as much as many others. The Gray Shadow variant has a very understated, classy look to it. We just wish it had some sort of officially rated dust and water resistance.

In terms of performance, the OnePlus Nord 2T is almost an exact clone of the OnePlus Nord 2. So much so that we are tempted to link you to our Nord 2 review. This similarity of performance stems from very similar specs. The display is the same, as we have already pointed out. The cameras are the same as well – a 50-megapixel Sony IMX 766 with OIS at the back, accompanied by an 8-megapixel ultrawide and a 2-megapixel monochrome sensor, with selfies being handled by a 32-megapixel snapper in that notch. The battery is 4500 mAh as well. 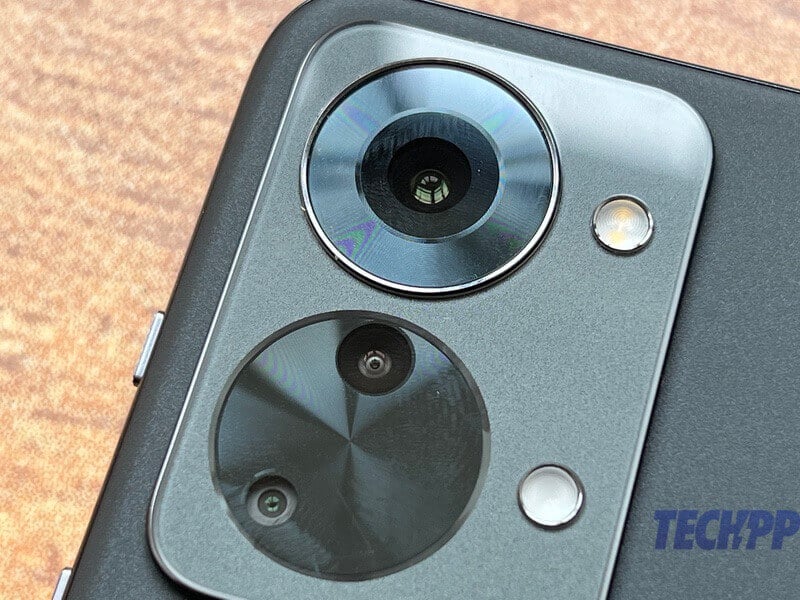 A point of difference is the MediaTek Dimensity 1300 chipset which replaces the Dimensity 1200 on the Nord 2, paired with RAM and storage combinations of 8 GB/ 128 GB and 12 GB / 256 GB. OnePlus says that the processor delivers better performance than its predecessor and adds some AI magic to photography on the device. Does this actually happen? Well, we did feel that pictures from the main sensor seemed a little more colorful and videos too had richer colors, but the difference between the Nord 2T and Nord 2 is tough to spot. That said, there is no doubt that the main sensor is one of the best in its segment, although the ultrawide loses out on detail, and the mono camera seems to exist just to make up numbers. Selfies are very good, and videos from the selfie camera are of good quality too. 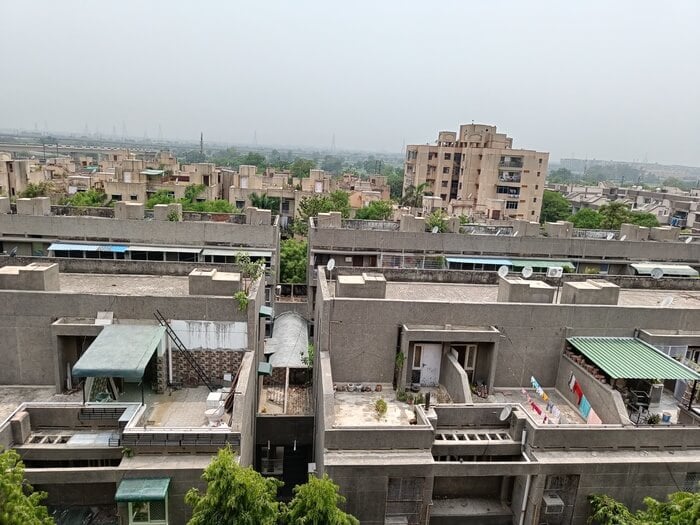 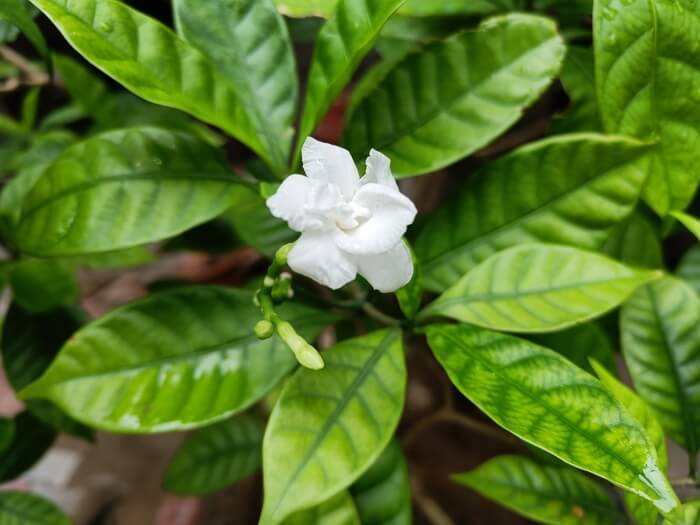 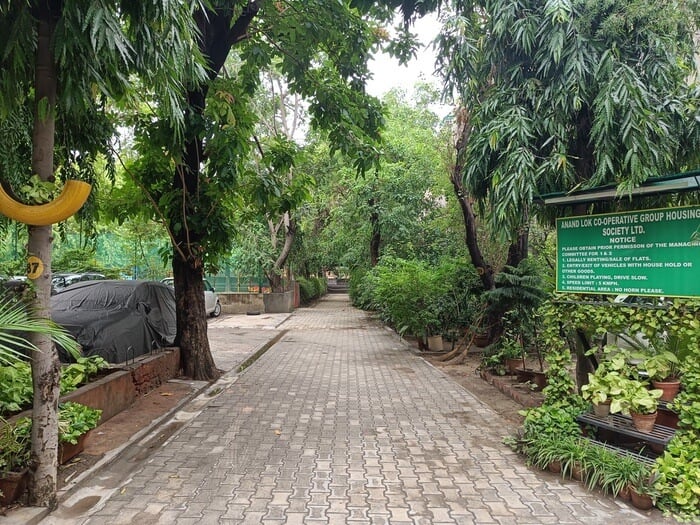 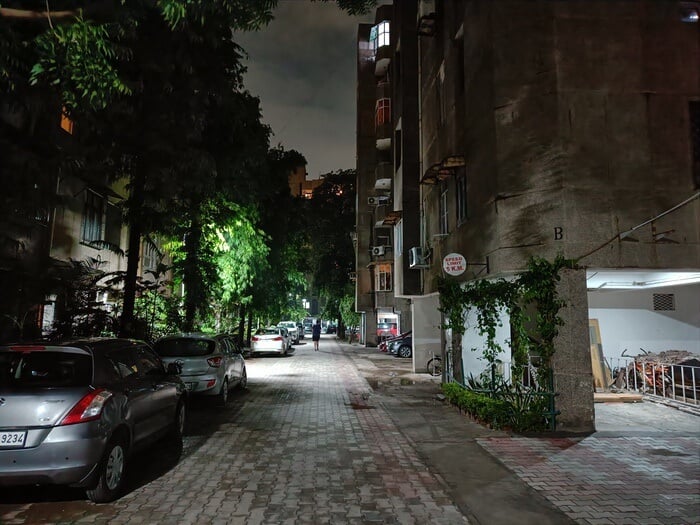 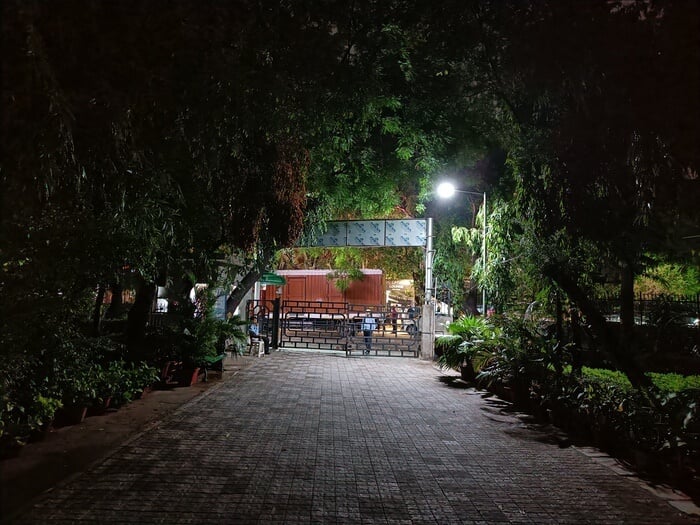 The same applies to the performance of the phone in gaming and multimedia. The stereo speakers sound a little tinny at times, but the display is bright and colorful, and the processor will easily handle most tasks and games. You can even enjoy Genshin Impact and Call of Duty after tweaking a few settings, just as you could on the Nord 2. The phone runs on Oxygen OS 12.1 based on Android 12 and is smooth and snappy, without any bloatware to clutter up the experience. But then, that was the case with the Nord 2 as well. The battery lives of the two phones are similar, too – you can easily get through a day of normal use. And yes, you get support for 5G as well. 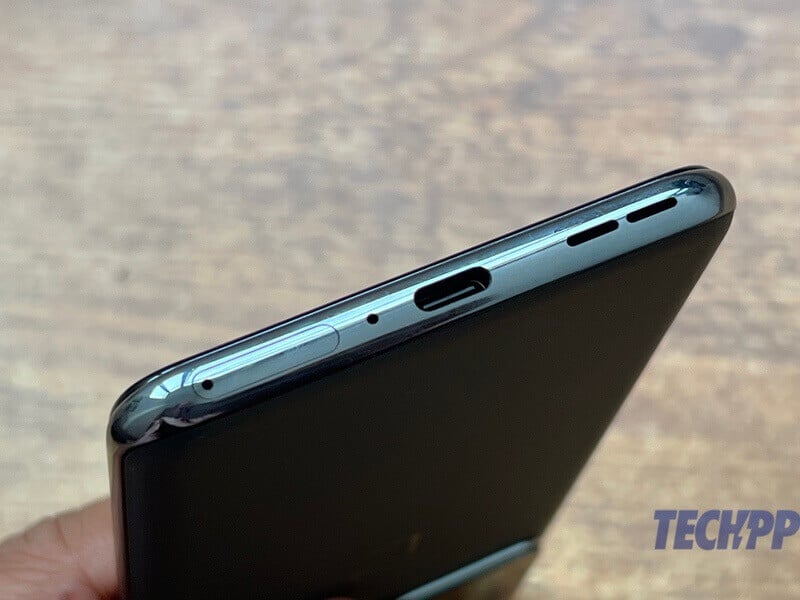 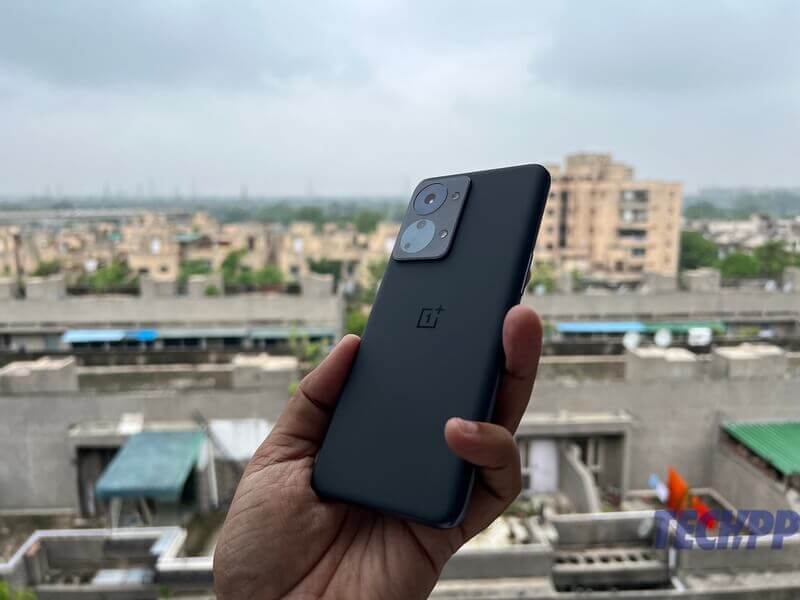 All said and done; one can see why OnePlus opted to call this device the Nord 2T rather than the Nord 3. The OnePlus Nord 2T is the Nord 2 with a fresh coat of paint and a faster processor and charging. There was not too much wrong with the Nord 2 anyway, so what the Nord 2T adds to it is welcome but hardly revolutionary. 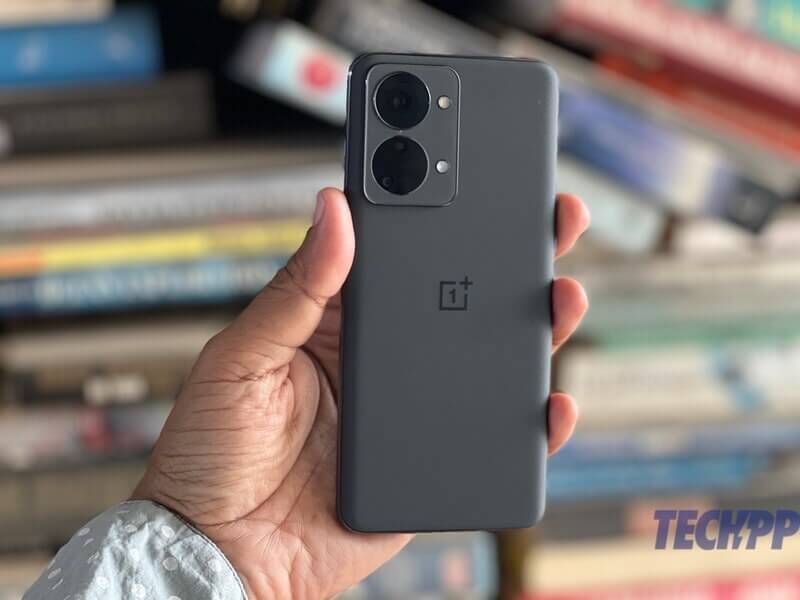 Is it worth an upgrade if you already have a Nord 2? Not really, unless you are obsessive about processors. It also faces competition from the Snapdragon 870 running iQOO Neo 6 and the Poco F4 which are priced in the same region. Still, if you are a OnePlus fan and cannot yank your budget all the way to the OnePlus 10 series, then this is as good as it gets. It is also a great point to start one’s OnePlus journey as it hits the middle ground between the utterly basic CE series and the more flagshippy number series. It is very good value for money for anyone looking at a smartphone under Rs 30,000.

Review Overview
Was this article helpful?
YesNo
TechPP is supported by our audience. We may earn affiliate commissions from buying links on this site.
Read Next
Skullcandy Mod Review: Betting on doing the basics well
#oneplus #OnePlus Nord 2T #review