That the release of a new OnePlus device is awaited with anticipation accorded to the likes of flagship devices from Apple and Samsung speaks volumes of just how far the brand has travelled in such a short period of time – we first heard of it in 2014, remember? But while the OnePlus One got OnePlus off to a flying start, things have been a tad more rocky since. The OnePlus scored on the spec and design stakes but was let down by its software – a new flavor of Android called Oxygen OS, which OnePlus developed following a break-up with Cyanogen, the OS which ran on the OnePlus One. This was followed by the OnePlus X, which seemed like a shrunk and more stylish version of the OnePlus One and whose position in the OnePlus portfolio not too many seemed clear about (was it a design showcase or a relatively powerful device aimed at those with small hands and budgets? We still know not), and which we have now been told has been consigned to history without so much as a sequel. The OnePlus 3 therefore had not just to live up to the now-traditional expectation built around a OnePlus flagship, but also to win back ground lost by the OnePlus 2 and the OnePlus X.

High on substance, low on style 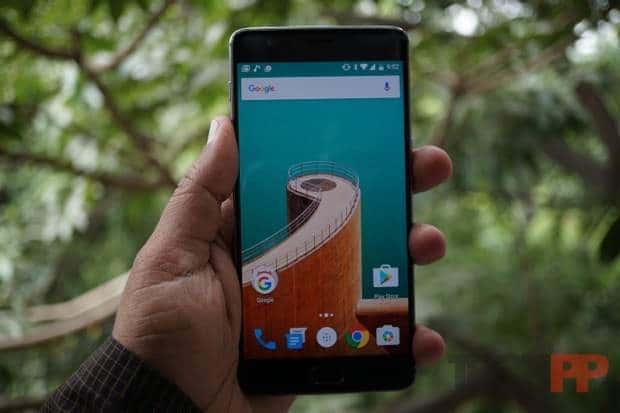 We had touched upon the appearance of the OnePlus 3 and how it differs from its predecessors in our first impressions of the device. Suffice to say, it differs significantly from its predecessors and ditches its trademark sandstone finish back for a smooth metallic one, that makes it look more like a HTC device than a OnePlus one (pun unintentional this time). It might not be as distinct as the OnePlus One or the OnePlus 2, but the OnePlus 3 is a handsome phone nevertheless and one that no one will shy from flaunting – we just wish that camera on the back did not jut out so, but then no one is perfect.

But if the appearance of the OnePlus 3 seems familiar, its spec sheet is definitely exceptional. At the time of writing, only one phone, the LeEco Le Max 2 (read our first impressions of it here) could stand toe to toe with it in the spec department. Yes, there will be some who will complain about the absence of a quad HD display and laser focus on the camera, as well as the decision to go with a single LED flash and shrinking the battery to 3000 mAh, but throw in the Snapdragon 820 processor with a colossal 6 GB RAM and 64 GB storage into the mix, add a 16.0-megapixel shooter with optical image stabilisation, garnish with 4G, NFC, Bluetooth and GPS, and serve with a new edition of Oxygen OS based on Android Marshmallow with a fingerprint scanner being the cherry on the top, and you will have a tech dish that even the most meticulous spec hunter would find irresistible. The OnePlus 3 might not exactly be a beauty on the outside, but it sure is a beast on the inside.

Ironing out the rough spots 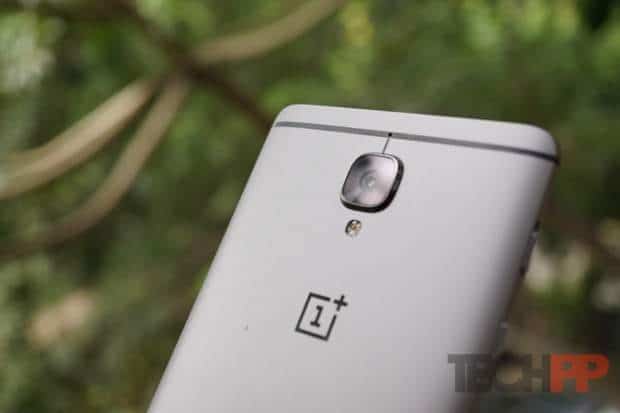 And in terms of performance, the OnePlus 3 definitely takes us back to the days of the OnePlus. Gone is the buggy interface of the early cuts of Oxygen OS (a few camera crashes aside) and in its place is a smoothness that one would associate with a device with such powerful hardware. Oxygen OS definitely seems to be coming of age and we love the fact that it tries to deliver a number of features without trying to clutter up the phone. There is support for gestures (yes, you can tap the display to wake it up and draw an O to open the camera) and yes, you can access Shelf by swiping to the right from the homescreen to see your frequently used apps and contacts and also the widgets and contacts you have placed there. UI customisations were the strong point of the Cyanogen-driven OnePlus One and in the OnePlus 3 one gets access to icon packs and also the option to tweak UI – you can change the functions of the keys and even opt for on screen navigation keys if you wish. And whether due to the hardware or much better coding (we suspect it is a blend of the two), it all actually works. In terms of smoothness, the OnePlus 3 has got to be out there on par with the likes of the LG G5 and the Samsung Galaxy S7. 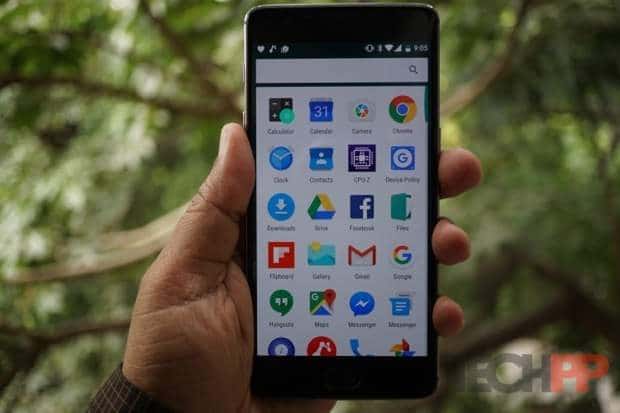 Another pain point of the OnePlus 2 that has been addressed thoroughly is the fingerprint scanner. Extremely erratic in the OnePlus 2, it works very well on the OnePlus 3 and is well on par with those of other Android flagships, if not quite in the iPhone league. And well, as we pointed out in our review of the camera, the 16.0-megapixel shooter on the back can go toe-to-toe against anything in normal light, although it was not made for low light magic, where we still think the Nexus 6P and the high-end Lumia devices are in zones of their own.

Busting benchmarks with that hardware!

All that hardware also means that the OnePlus 3 is a benchmark buster (it topped the Antutu Benchmark tests). The full HD optic AMOLED display reproduces colours well and has good viewing angles (even a night mode for reading at night with lesser strain on your eyes) and does not err as heavily on the side of oversaturation like some AMOLED displays do (although it does brighten up reds a bit unnaturally at times). We have heard of some concerns being raised about the display not being as bright as that on the OnePlus 2 in terms of nits. But honestly, we have had no problems viewing content on it, except in utterly bright sunlight, when we were generally too busy trying to find shade for ourselves instead of looking at our phones (summers in India can be rather warm). Whatever the tech parameters say – and we are not saying they are irrelevant – pure usage indicates that this is a display most people will love for viewing videos and games, which look gorgeous on it. 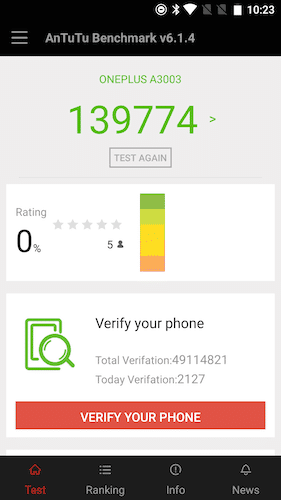 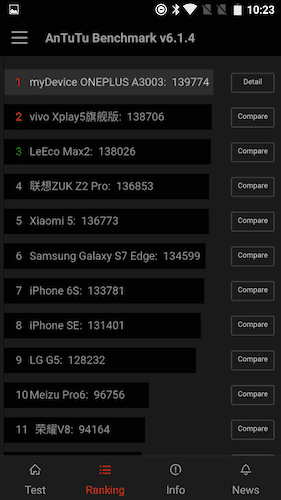 And speaking of games, feel free to play Shadowgun, FIFA and the Asphalt series or anything else on it – the phone can handle them without any problems. Well, you can actually run a few of those at the same time and switch between them if you want to test if that 6 GB RAM makes a difference. No, this is not a classic use case scenario but the fact is that the OnePlus 3 is one of the few devices which we pretty much set out to push to the limit. And it took it pretty well – gaming, multiple apps, video edits, the works. It did warm up a bit from time to time but nothing too alarming.

The big question of course is: does the additional RAM make the OnePlus 3 a better performer than the likes of the 4GB RAM equipped LG G5 and Samsung Galaxy S7 or even the 3 GB equipped Nexus 6P? The answer unfortunately is not too clear yet – especially in relatively routine tasks – but it definitely holds its own against those behemoths, which is saying something, when you consider that it costs much lesser (much much, in the case of the G5 and the S7). This is a performance device, make no mistake about it.

There are a few flies in the digital ointment, though. If you are going to push the device and put all that hardware to good use, be ready to recharge it at least once every day – that 3000 mAh battery will not last you through a day unless you nurse it through carefully. Yes, it does come with Dash Charge, which charges up the entire phone in slightly more than an hour (a massive improvement over the slow charging OnePlus 2), but we would advise either keeping a power bank handy or not getting too far from a power outlet. Another grey area is sound. Yes, the OnePlus 3 is much louder than the OnePlus 2 over loudspeaker, but it is still not in the league of the likes of the Vibe X3 or HTC’s devices in terms of sheer audio quality. The same goes for call quality – you will not complain about it but it is not right up there with the best either. It will also be interesting to see how well OnePlus handles updates after all the problems with the OnePlus 2 – the future of Oxygen OS might well depend on it. 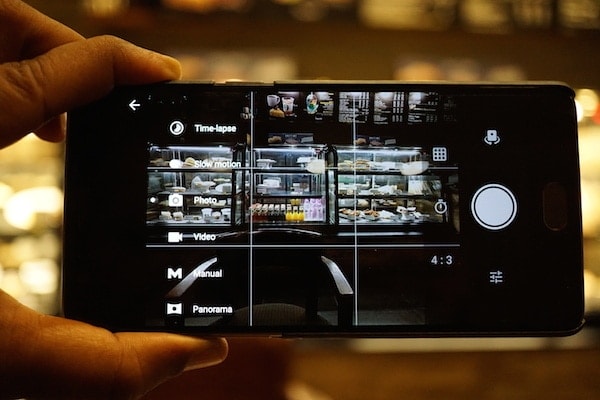 A couple of years ago, at Rs 27,999, a device like the OnePlus 3 would have been in the blind “gimme” category – one which could recommend with zero qualms. It however speaks volumes of just how much the market has changed in this period that today one cannot really do so. For lurking in the wings are the likes of the LeEco Le Max 2, which has a 6 GB/ 64 GB edition which costs slightly more at Rs 29,999, but comes with a larger quad HD display and a camera with a higher megapixel count. Those coveting looks will also cast an eye on the uber compact Xiaomi Mi 5 which costs lesser at Rs 24,999 and sports a similar processor and has pretty much held its own in performance terms courtesy a few updates in spite of having ‘just’ 3 GB RAM and 32 GB storage. And looming on the horizon are two other 6 GB RAM and Snapdragon 820 monsters that might come at competitive price tags – the Zuk Z2 Pro and the Asus ZenFone 3. Yes, the OnePlus 3 is better than anything OnePlus has made before, but it also faces more competition than any of its predecessors did in the Indian market – the OnePlus One, in comparison, had no real competitor when it arrived in India.

But the existence of rivals does not really diminish what OnePlus has achieved with the OnePlus 3. Some might feel that it has lost a bit of its design mojo in opting for a relatively routine look and moving away from that sandstone finish back, but on the flip side, it comes with arguably the smoothest performance we have seen on a phone in its price segment, and seems to have won back lost ground in the hardware and software departments.

So, forget about what else is in the market and what is set to come (something better is always around the corner in tech, anyway) and ask yourself this question: do you want cutting edge, benchmark busting hardware with a smooth, uncluttered interface at a fraction of the price that a Sony, LG, HTC or Samsung would charge for their flagships?

If the answer is yes, you would be daft not to consider the OnePlus 3. It is not perfect but it is the stuff of which geek dreams are made.