One odd feature of the flagship devices released by OnePlus this year is that this is the first time in the brand’s history that there was no simple “suffix-less” device – we had a OnePlus 10 Pro and a OnePlus 10R, but remarkably, no OnePlus 10. Well, that device might have finally made its way to the market, in spirit, if not in name, with the OnePlus 10T.

The latest in the OnePlus flagship T family, the OnePlus 10T, follows an entirely new path. It features most of the specs of the OnePlus 10R, parks them inside the design of the OnePlus 10 Pro, and places the latest Qualcomm Snapdragon 8+ Generation 1 processor at its heart, all with a price tag that would have suited a OnePlus 10 if such a device had ever been released.

OnePlus 10T: It looks like the OnePlus 10 Pro…but be alert, no slider! 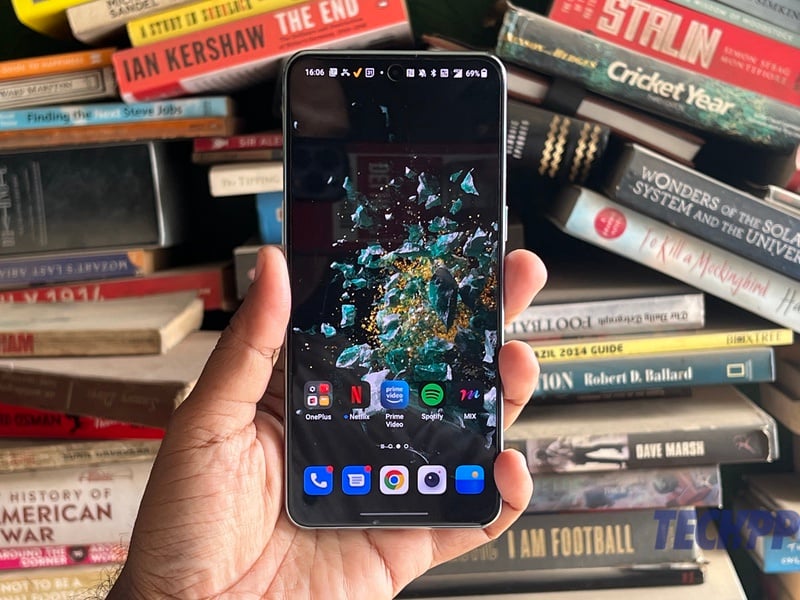 This very OnePlus 10 mobile cocktail is quite an interesting proposition. As we said, its outards are very much like the OnePlus 10 Pro. The front is a 6.7-inch fluid AMOLED display, although this one is flat rather than curved, as seen in the 10 Pro, and has a punch hole notch in the top center rather than in the top left corner. The back is smoothly served glass and, like in the 10 Pro, has a jet-black camera enclosure rectangle (minus any Hasselblad branding, though), but this time the back blends into the camera unit, making it appear almost part of it. However, it does jut out a little. The sides are curved, too – the 10T does not follow the OnePlus 10R’s straight sides and flat back formula. Most notably, there is no alert slider on the device.

We got the Jade Green variant, but you also have a Moonstone Black. Both shades are gently classy and exude premium feels without really screaming for attention. At about 163 mm in height, this is not a small phone by any means, and at just about 200 grams, it is not light either, but it has a very solid and premium feel.

OnePlus 10T: A Pro-level performer too 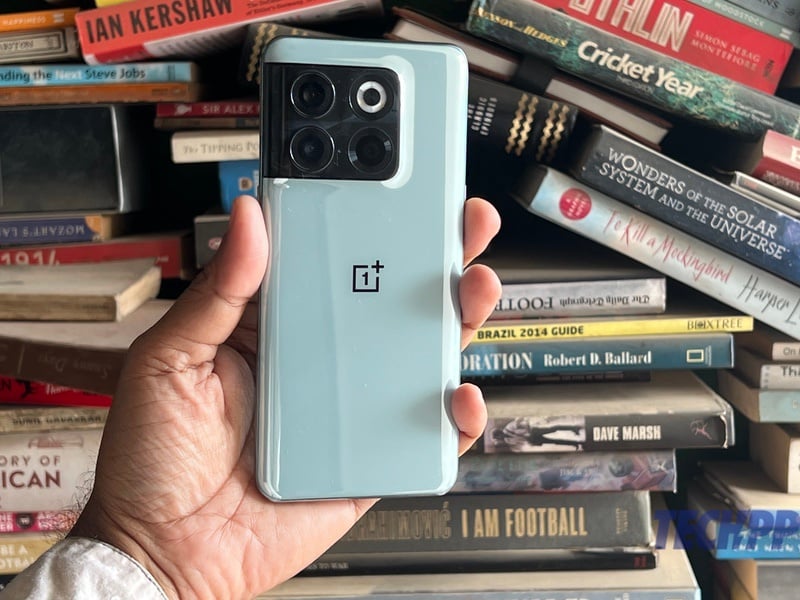 It turns in a very premium-level performance as well. The phone’s spec sheet is broadly similar to the OnePlus 10R, which itself was a very good performer. The OnePlus 10T adds a Qualcomm Snapdragon 8+ Generation 1 processor to the mix and also brings a 16 GB RAM variant to the table. Our unit came with 12 GB RAM and 256 GB storage (there’s also an 8 GB/ 128 GB variant), and it handled everything we threw at it with flagship-like comfort. Games like Genshin Impact, Call of Duty and the Asphalt series simply flew on it, with the 6.7-inch full HD+ fluid AMOLED display with a 120 Hz refresh rate providing a very good viewing experience. There are also stereo speakers on board to make multimedia even more immersive.

This is a great device for consuming content and for multitasking. We have not had the opportunity to try the 16 GB RAM variant, which OnePlus claims can run “over 35 apps smoothly in the background,” but even the 12 GB RAM variant is an excellent performer in this regard. The phone never heats up too much, either.

OnePlus 10T: No Hasselblad, but a very good main sensor 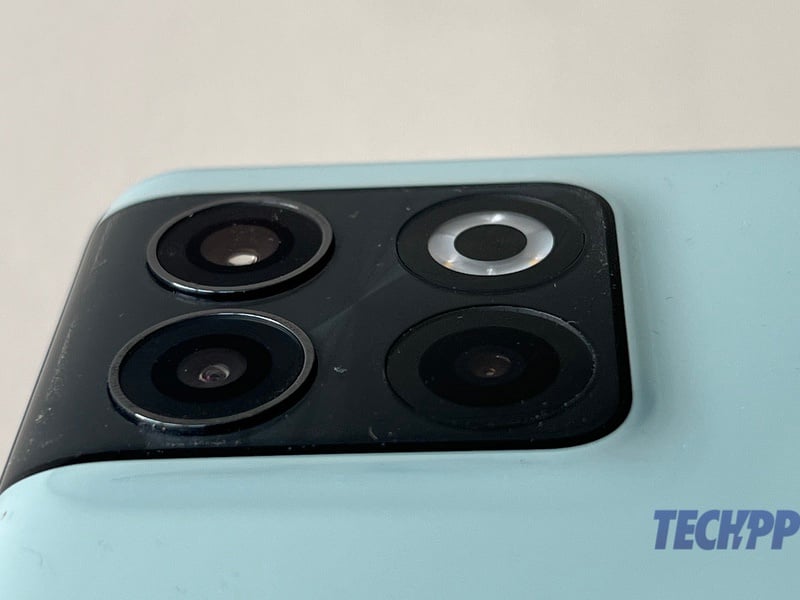 The OnePlus 10T also sports a decent, rather than an exceptional, set of cameras. You get a 50-megapixel Sony IMX 766 main sensor with OIS, an 8-megapixel ultrawide, and a 2-megapixel macro sensor, as well as a 16-megapixel camera in front for handling selfies. There is no Hasselblad tie-up and no telephoto sensor either, but as long as you stick to the main sensor, you will likely get very good results. The Sony IMX 766 has proven its worth on many OnePlus devices, and here too, it delivers very good colors and details. You will get images that seem a little more saturated than what was seen on the more life-like OnePlus 10 Pro, but the details are very good. 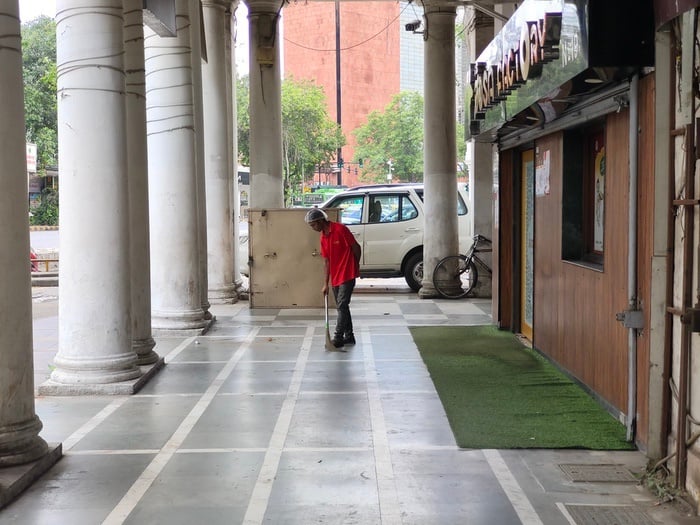 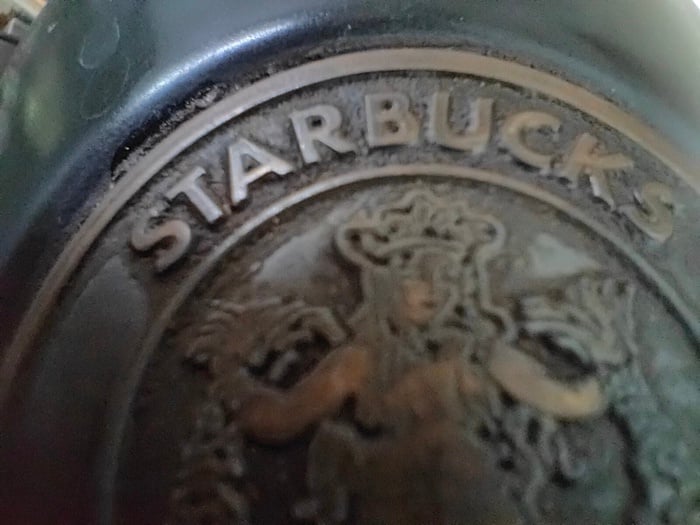 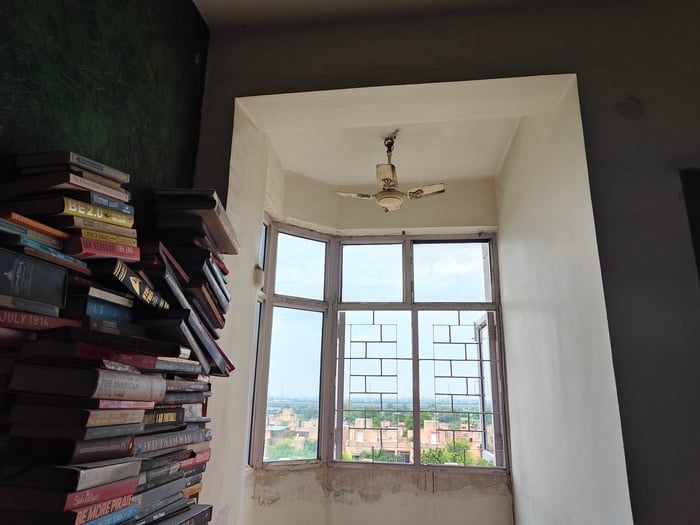 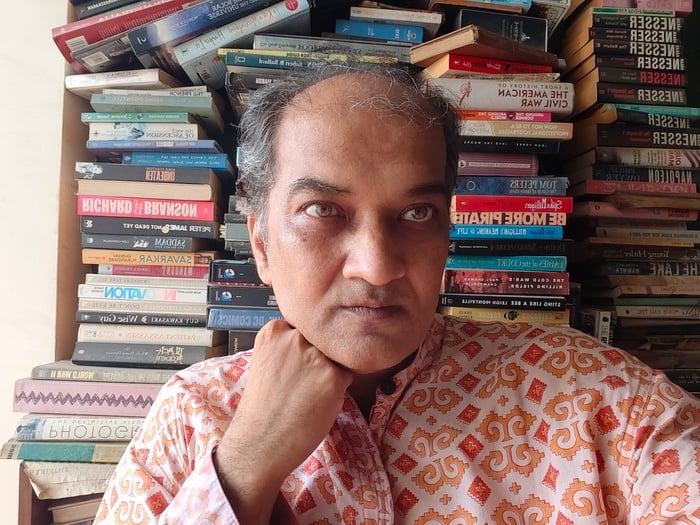 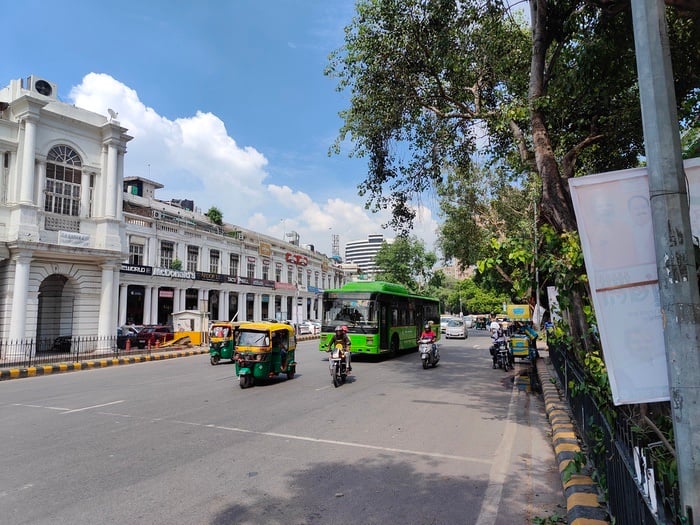 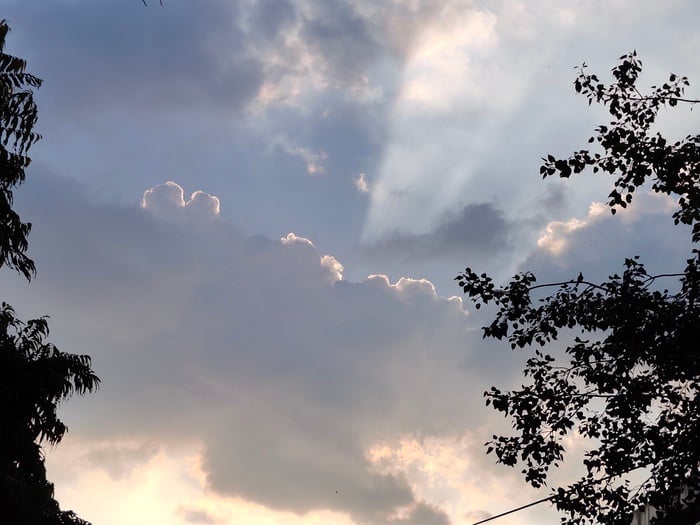 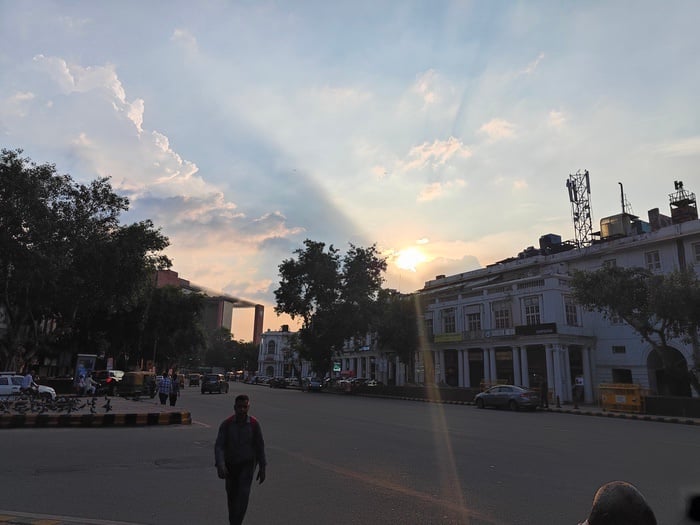 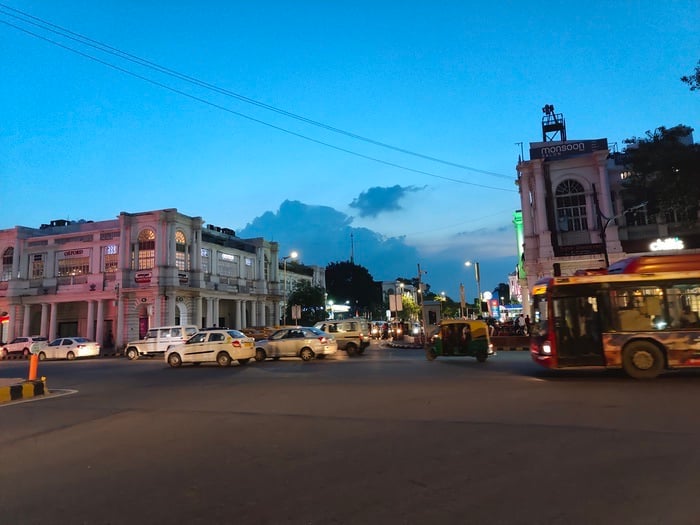 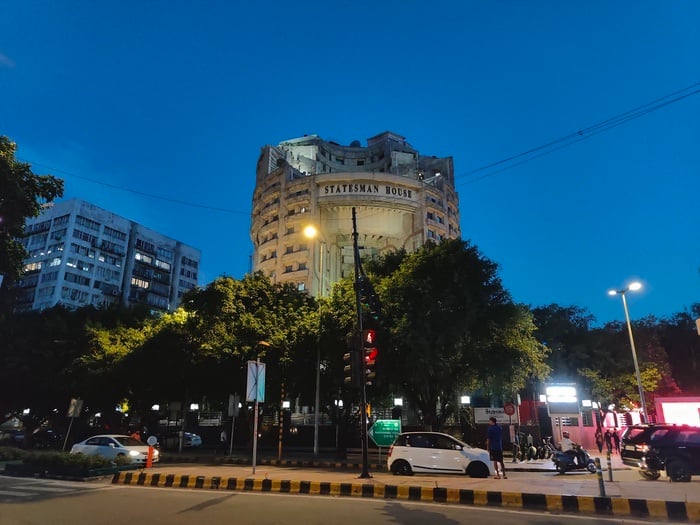 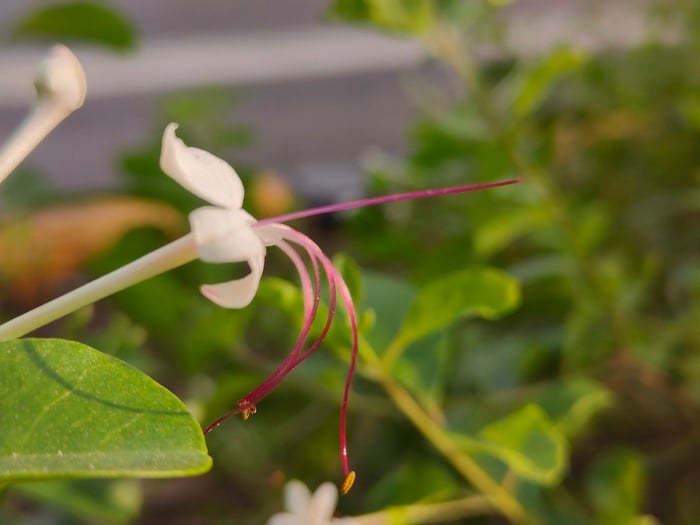 The other two cameras are not really in the same class. The 8-megapixel ultrawide is handy enough and can give you a wider perspective (although with compromised details), but the macro frankly does not add much value – it makes more sense to take a snap by the main sensor and crop it. Video quality is decent enough for social media, and the selfie camera is a competent one, although you end up getting far smoother skin than you actually have. Regarding camera performance, the OnePlus 10T is a very capable performer but is not quite in the league of the best from Google, Apple, and Samsung. We felt the iQOO 9T had a clear edge over it in the camera department, not least because all its cameras were usable, as did the Pixel 6a.

The OnePlus 10T is, however, very difficult to match in the fast charging department. The phone comes with a 4800 mAh battery which can easily see off a day of heavy use. In case it does not, you can literally charge the phone from zero to a hundred percent in well under half an hour (around 25 minutes in our experience), thanks to the support for 150W charging and a 160W SuperVOOC charger in the box. 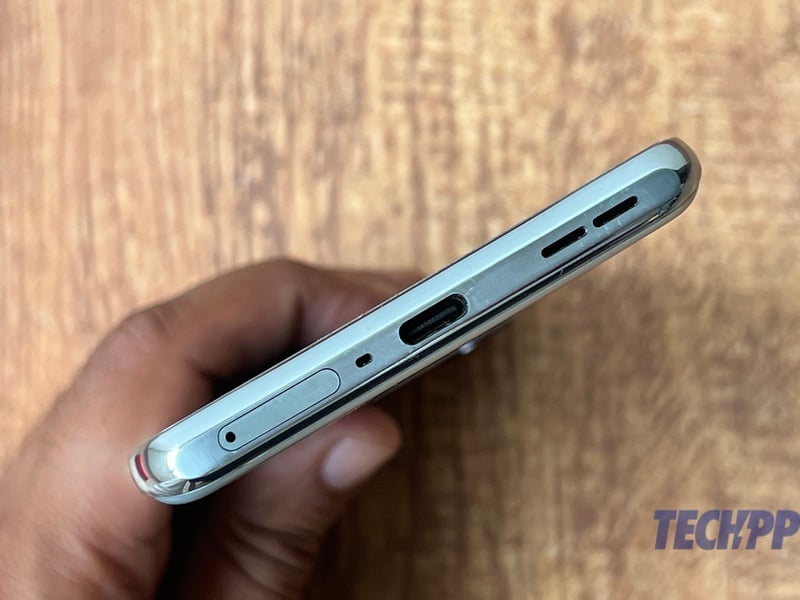 The phone runs on OxygenOS 12 on top of Android 12 and is expected to get both OxygenOS 13 and Android 13 soon. There has been a lot of concern and talk about how OnePlus’ greater integration with Oppo could lead to OxygenOS getting cluttered, but as far as we can see, it remains a very clean and easy-to-use interface. It remains the best alternative to stock Android we have seen, although Nothing OS could give it a run for its money in the coming days. Connectivity-wise, it checks all boxes – 5G, Bluetooth 5.2, GPS, and Wi-Fi. The fingerprint scanner under the display works smoothly, and calls are handled very well. And no, we did not miss the alert slider. 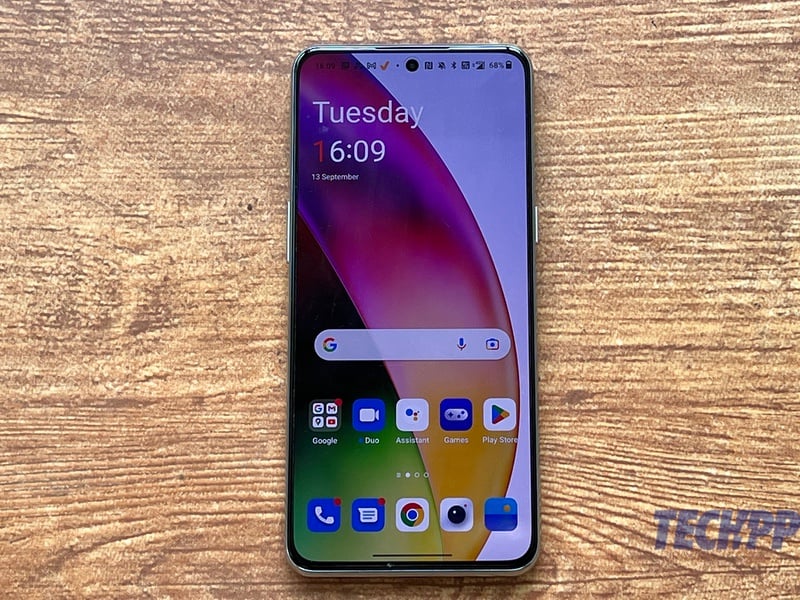 The OnePlus 10T starts at Rs 49,999 (USD 649.99) for 8 GB/ 128 GB, and is also available at Rs 54,999 for 12 GB/ 256 GB and Rs 59,999 for 16 GB/ 256 GB. At that price, it remains one of the best options for those seeking a flagship with a top-of-the-line processor without spending more than Rs 50,000. It loses out on cameras to the similarly priced and very similarly specced iQOO 9T, but then it brings a cleaner UI and faster charging to the table. In fact, we would say that its biggest challenger is the Endurance Edition of its own sibling, the OnePlus 10R, which matches it in almost all departments (including 150W charging) and gives ground only in the processor department but compensates by coming at a much lower price – Rs 39,999 for a 12 GB/ 256 GB unit.

There are other contenders around as well, but if you seek a Snapdragon 8+ Generation 1 device with a clean interface, consistent performance, and a relatively affordable price tag, the OnePlus 10T tops the list comfortably at the time of writing. This is what the OnePlus 10 should have been, as it slots right between the premium OnePlus 10 Pro and the more affordable 10R. In that sense, it is a perfect (OnePlus) ten!

Review Overview
Was this article helpful?
YesNo
TechPP is supported by our audience. We may earn affiliate commissions from buying links on this site.
Read Next
Skullcandy Mod Review: Betting on doing the basics well
#oneplus #OnePlus 10T #review