There has been a lot of talk regarding 5G in the past few months. With LTE deployments largely completed in major telecom markets around the world, no wonder 5G is the talk of the town. Roughly every 10 years, a new wireless generation is born. It was 2G in the 1990s, 3G in 2000 and 4G by 2010. Many people expect 5G networks to be present in some places of the world by 2020. 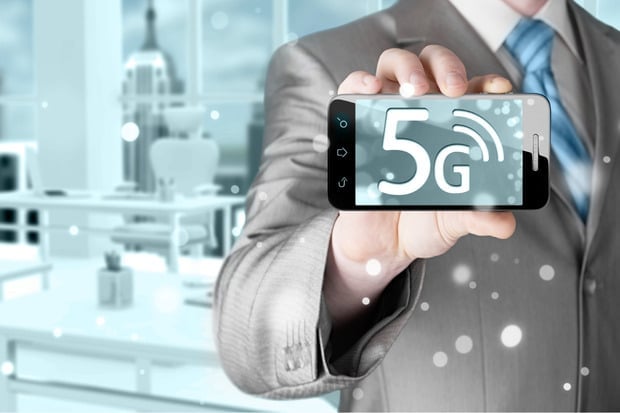 In case of 5G, there is no standard present as of now. 3GPP has decided to deal with 5G only in Release 15. A release is a set of rules 3GPP gives out that helps etablish a standard for a particular telecommunication generation. For example, with Release 99 in 2000, 3GPP gave the first details regarding UMTS which was subsequently improved in upcoming releases and is known as HSPA today. UMTS was a standard for 3G telecommunication. Similarly with Release 8 in 2008, 3GPP gave the first details regarding LTE which has been steadily improved in the subsequent releases. Now a standard for 5G will be given out in Release 15 expected to come by 2018.

Importance of a standard

Only when we have a standard, actual and meaningful work can begin on 5G. When a standard is set out, telecom equipment manufacturers such as Huawei, Ericsson, Nokia etc can start work on telecom gear based upon that standard and telecom operators would be able to deploy those equipment and roll out a network.

Until the standard comes into fruition, telecom equipment manufacturers and operators alike are going to spend a lot of time and money researching technologies that can be a part of 5G, hoping that those technologies are a part of the final standard. It’s important to note that various standard bodies can be working on 5G, but considering 3GPP’s success with UMTS and LTE, 3GPP’s standard matters the most. 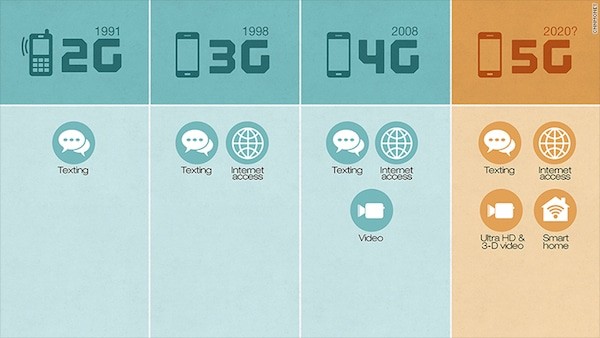 5G might also have a lot of standards, but only few of these 5G standards will be commercially deployed and even fewer of them will gain enough scale to survive in the long run.

Now that it should be clear that no 5G standard can be expected before 2018. However, certain countries around the world and especially US, Japan and South Korea have already started preliminary work on 5G. Again, there is no guarantee this work will be part of 5G’s final form and is a bet in some manner.

Currently, MmWave spectrum is only used in Military and aerospace operations, but organisations such as NYU Wireless have been hard at work to bring the same for cellular operations. Although high band spectrum is good at delivering high data speeds, coverage is a problem. Currently MmWave spectrum are hardly able to travel more than a few metres. As of now, even stuff like rain can distort MmWave.

To get an idea, consider DTH. Current DTH operators such as Tata Sky, Dish, Videocon D2H etc often fail at times of heavy rain and that’s because these DTH operators work in the frequency range of 12 GHz and above. If DTH operators that work at 12 GHz itself fail during rains, then 5G at 28 GHz band would face even more challenges during such scenarios. Apart from this, in case of DTH, the antenna is stationary and set on rooftops whereas in case of 5G, the antenna inside the mobile device would be in constant motion and also be inside highly isolated buildings making coverage a real issue.

Work is being done to make MmWave usable for cellular service. A lot of people believe that in case of 5G, deployment would mostly take place on small cells and not on traditional mobile towers like 3G and 4G have been deployed. This is because as mentioned before, MmWave isn’t able to travel much distance and small cells can be deployed within building premises minimizing the coverage issue. 5G deployment would also include massive MIMO with techniques like beam forming in place that would let the beam be directed at you.

An evolution rather than a revolution

5G is also expected to encompass various types of technologies. For example, with LTE-Unlicensed, network operators would soon be able to use unlicensed Wifi spectrum for providing 4G and this is expected to be a part of 5G as well.

Initially, 5G is expected to be used to provide home broadband. As mentioned earlier, MmWave spectrum on 5G can provide Gigabit level speeds. Current wired broadband connections in America also provide Gigabit level speeds, but these involves digging, trenching etc to be able to lay wires for broadband which is often expensive. Fixed Wireless through 5G can be a viable alternative to wired boradband and help spur competition as more than half the homes in America have only one broadband provider providing more than 25 Mbps speed.

Verizon has already stated the by sometime in 2017, it would start using 5G in a fixed wireless manner and a startup in America called Starry is promising to do something similar.

Covering all use cases

Although there’s a lot of hype around MmWave spectrum, 5G will be built to cover all usecases. So while you can probably stream 4K Netflix over 5G, your smart thermostat can send bits of data every second over a 5G network as well. Also along with MmWave, spectrum as low as 600 MHz can also be used for providing 5G. Latency is expected to be lower than 1ms and speeds above 1 Gbps. Almost all kinds of usecases would be possible on 5G.

As of now, 5G is still in its infancy, but over the past couple of years, real progress has been seen in this field. With devices becoming powerful and smarter than before, and new use-cases such as VR and AR emerging, an upgrade to the current wireless infrastructure is required. This upgrade many believe would come in the form 5G in the next 4-5 years. Exciting times indeed!

Was this article helpful?
YesNo
TechPP is supported by our audience. We may earn affiliate commissions from buying links on this site.
Read Next
Realme 9i 5G Review: Sacrifices Must Be Made
#4g lte #5G #Featured #Primer