Most flagship phones launched in 2016 (over 115 to be precise) runs on Qualcomm’s Snapdragon 820 chipset that has been received well by the crowd when compared to the disastrous Snapdragon 810. However, today, the company has announced a potential upgrade over the top tier processor – Snapdragon 821. Although, the new chipset as rumored, isn’t a substantial innovation over the already established 820 and sports mostly minimal hardware advancements. 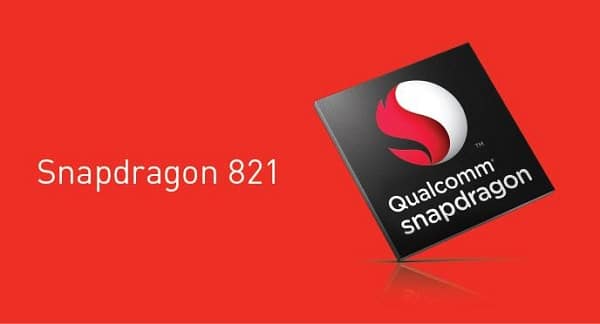 To begin with, the Snapdragon 821’s 14-nanometer chip is 10% more powerful than the 820 and can be clocked up to 2.4GHz from 2.1GHz in contrast to 820’s 2.2GHz with Qualcomm’s Kryo Quad-Core CPU. The Snapdragon 821 is basically designed to act as an interim solution for upcoming high-end devices until Qualcomm unveils their next generation product. Apart from that, the Snapdragon 821 is borrowing essentially every specification from the Snapdragon 820 including the Ultra HD Voice tech for improved call quality, 600 Mbps X12 LTE modem, and Upload+ for faster downloads. Qualcomm mentions in their release that they’re focusing mainly on delivering considerably faster response speeds, improved power savings, and better application turnaround durations.

Additionally, Qualcomm is targeting “mobile VR head-mounted displays and other new devices” which could be a hint at standalone handsets for accessing virtual reality content. This is something that has been due for quite some time as it will result in better processing and lag-free experience when compared to connection via a smartphone. Qualcomm says that commercial devices powered by the Snapdragon 821 processor will be showcased in the second half of 2016. Upcoming smartphones including Samsung’s Galaxy Note7 or Google’s next Nexus handsets might be the first ones featuring the Snapdragon 821. In most scenarios like HTC’s 10 or Samsung’s S7 series, the Snapdragon 820 has proven its capabilities providing stable performance and power optimization, but OEMs will definitely opt for the best and latest in order to dominate other competitors.

Was this article helpful?
YesNo
TechPP is supported by our audience. We may earn affiliate commissions from buying links on this site.
Read Next
Snapdragon 782G vs Snapdragon 778G Plus: What Has Changed?
#qualcomm #Snapdragon 820 #Snapdragon 821