Remember OurMine? The team of hackers who successfully hacked Google head honcho Sundar Pichai (Quora)and Facebook’s Mark Zuckerberg’s (Twitter)accounts. Well, they are back again and this time around they seem to have the Pokemon Go on their hit list. If you are one of the Pokemon Go player (which in all likelihood you probably are!) you might have noticed how the game servers were unavailable during the major part of the last weekend. Well, the server outage was a result of DDoS attack on the server by the OurMine team. 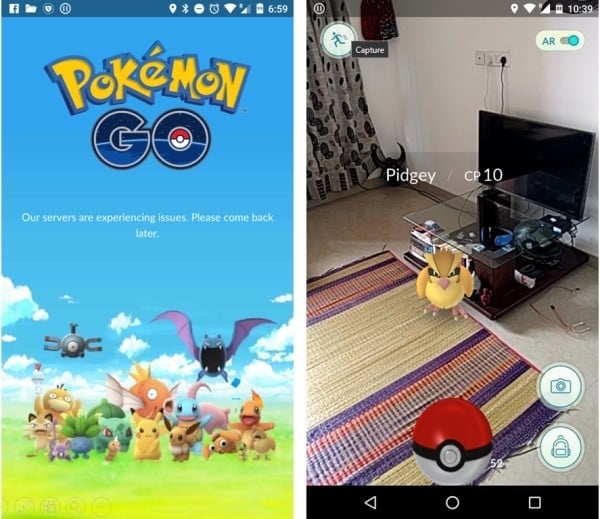 As with all the other attacks, the group was adamant that they would stop the attack only once representatives from the Pokémon Go contacted them and they would “teach them how to protect it!”

It was this Sunday that I decided to catch some Pokémon en route my evening walk but the servers gave up on me, initially, I judged this to be a server outage due to overload but now it is clear on why the servers actually gave up. OurMine’s claim to fame was when it broke into Jack Dorsey’s Vine account and Sundar Pichai’s Quora account. The group further leveraged the attack by using the Twitter ID linked with the services.

All these attacks seem like a severe form of marketing efforts from OurMine, a group of three teenagers. They insist that they are just advocating better security and if they hadn’t done this someone else would have done. OurMine is then said to charge up to $5000 for their services. While attacking sites with DDoS and breaking into celebrity accounts may not exactly be the best way to advertise your skillset, it is still true that the group manages to make the heads turn. In fact, many groups/individuals are against OurMine and find their endeavors to be nothing short of an appalling effort.

On the hitherto, it’s not just hackers who want to keep you an arm’s length from Playing Pokémon Go since the game has been marred with server issues and bugs ever since its release. The number of problems is expected to go up since the Pokémon Go was launched in 26 new countries last week.

TechPP is supported by our audience. We may earn affiliate commissions from buying links on this site.
Read Next
All you need to know about Qualcommm Snapdragon XR2 5G Platform for AR and VR
#OurMine #Pokemon Go