Sundar Pichai seems to have started the week on a rather bumpy note as his Quora account has been hacked by a group called OurMine. The group consists of three hackers who usually target celebrity social accounts and their latest claim to fame seems to be taking over Sundar Pichai’s Quora account. 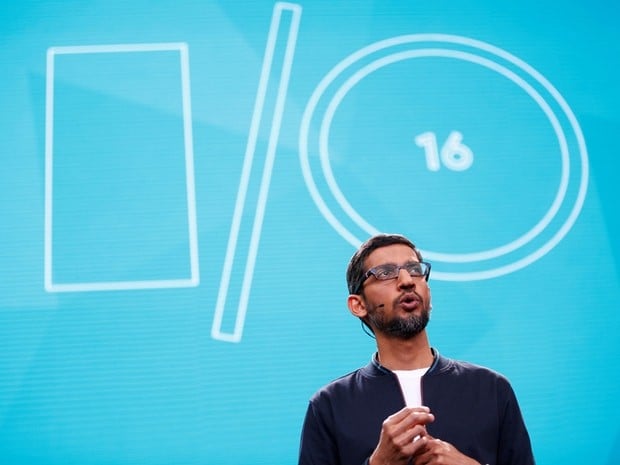 The effect was noticeable when Sundar’s Quora account linked with his Twitter starting auto posting Quora Tweets that said: “Hey, its’OurMine, we are just testing your security, please visit OurMine to upgrade it.” Needless to say, the Tweets were deleted but TNW had already grabbed a screenshot of the same. 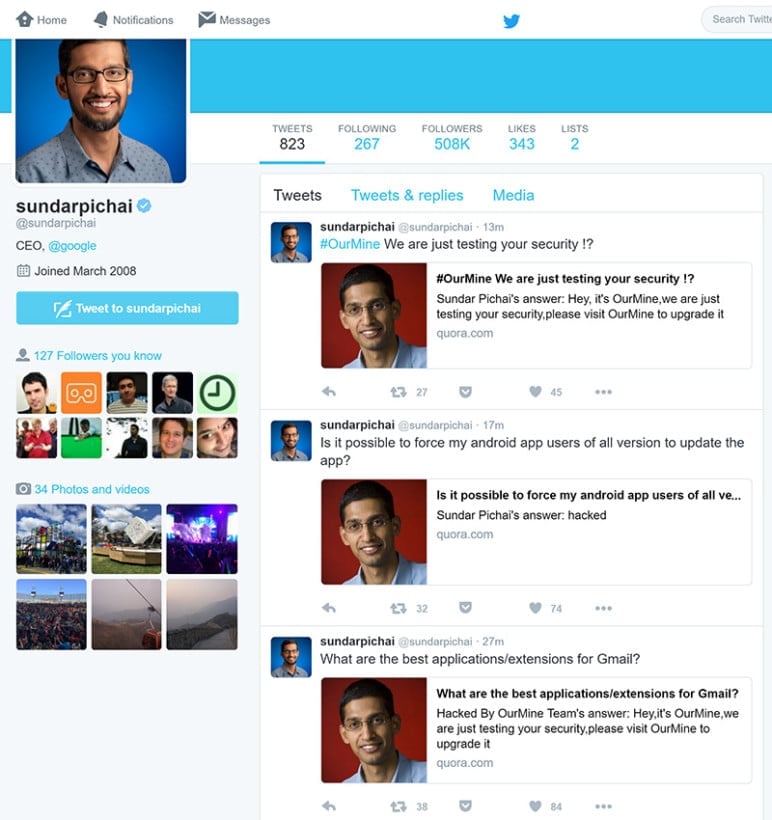 It’s still not clear how the group was able to gain access to Pichai’s account but the modus operandi is nothing new for OurMine which has also targeted Mark Zuckerberg’s Twitter and Pinterest accounts. On the contrary, OurMine claims that this was a branding exercise for their security firm and since Quora had turned deaf ears to their warning the former resorted to this. Thankfully apart from the warning messages, no real damage has been done.

The exploit is a murky reminder of how diligently we need to take care of our online security, passwords need to be changed regularly and it is never advisable to set the same password for different services. It would also be a wise thing to start by changing your Quora password pronto. That being said, OurMine told TNW “We are just testing people security (sic), we never change their passwords, we did it because there are other hackers can hack and change everything.”

It’s still not crystal clear on how the group could gain access to Pichai’s Quora account except for the fact that they exploited a vulnerability. Sundar Pichai has been the Google’s head honcho and with 508,000 followers it is evident that the group has got the attention they desired for.

OurMine has been very active recently and is targeting the elite of the tech world, while at the outset it might seem as an honest effort to rake up security issues apparently not many people are happy with OurMine. In fact, it was only recently while another Japanese hacker had tweeted OurMine IP address along with their Skype ID.

Source: The Next Web

QApop: A Quora Marketing Tool to Grow Your Business or…
Marc Levoy, the Man Behind Pixel's Computational Photography…
Remembering Steve Jobs, in the words of Mark Antony and…
Andy Jassy: Eleven facts about Amazon's CEO-in-waiting
HTC is back after a long time with Wildfire R70 with Helio…
Proactively Personal: what makes the Apple Watch special…