The long-awaited Rcom-Aircel merger is finally happening. The terms of the deal have been ironed out between ADAG (Rcom’s parent company) and Maxis (Aircel’s parent company) for the merger of their respective telecom operations in India. The deal just needs regulatory approval and approval from shareholders expected to conclude by the first half of 2017. The structure of this deal involves Rcom spinning out its wireless operations and merging it with Aircel to create a new entity where both ADAG and Maxis own 50% of the company. Rcom’s other assets such as its towers, undersea cables, and optic fiber will be kept out of the merger. Both Rcom and Aircel will be transferring part of their debts in the new entity. This will have a new name and equal board representation from both Maxis and ADAG. Eventually, both Maxis and ADAG plan on selling 12.75% of their stake in the new entity to bring in a third partner which will own 25% of the company. 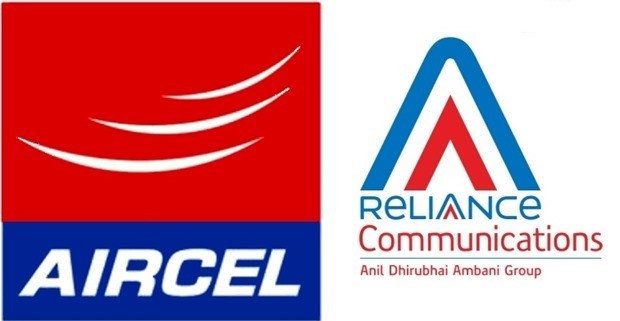 Now it’s important to remember here that the MTS and Rcom merger is completely different and is in no way related to the ongoing Rcom-Aircel merger. It is rumored that Rcom wants MTS to be the third party owning 25% stake in the combined entity, but MTS is in no way obligated to purchase 25% and be the third partner. The 25% stake sale is to infuse money in the new entity. Apart from the 25% stake sale, both Aircel and Rcom each plan to invest $400-450 million. Now that I’ve explained the structure of this merger, let’s evaluate how this new entity would look like in various metrics like subscriber base, spectrum holdings etc. I’ll be referring to the combined entity of Reliance and Aircel as ReliCel for the rest of the article.

If I’m to consider TRAI data, then as of 30th June 2016, ReliCel has a combined subscriber base of 187 million, which would make it overtake Idea and become the third largest mobile operator in India. But the problem is that ReliCel has quite a lot of inactive connections. As much as 28% of ReliCel connections are inactive if the latest VLR data by TRAI is to go by. If we take inactive connections of 53 million into account, then only 134 million subscribers of the ReliCel are active. In terms of raw subscribers, ReliCel is the third largest telecom operator in India but in terms of active subscriber base, it’s the fourth largest telecom operator in India.

ReliCel would have the following rankings –

It’s important to note that the subscriber ranking of the combined entity are as of June 30th, 2016 and might very well change by the time the merger actually happens.

One of the things working in favor of ReliCel is that they get dominance in Metro markets in terms of subscriber base. ReliCel is the largest telco in Delhi and Kolkata, and is a very close second to Vodafone in Mumbai. This is good news as metro markets command a high percentage of the revenue share pie of Indian telecom market. However, it must be noted that ReliCel’s combined ARPU i.e the weighted ARPU of Aircel and Reliance combined is low, so having the largest subscriber base might not convert into highest revenue or profit. But a large subscriber base now gives ReliCel the flexibility to increase their prices in metro markets in case they are able to improve their network. One of the main reasons why Aircel and Reliance have been providing relatively cheaper tariff compared to AVOID is because, individually, they have a small subscriber base and are in a constant need to add subscribers. But when combined, the subscriber base of ReliCel is finally big enough that they can raise the tariffs and afford to shed some low ARPU customers, while still maintaining a decent revenue.

The merger allows ReliCel to become a strong No.2 operator in quite a lot of circles. This will help them to gain respectable scale in these circles giving them some leeway to increase tariffs and generate decent profits. ReliCel becomes No.3 in two circles namely West Bengal and U.P East. Being a No.3 operator that’s having low ARPU and doing well financially is little tough, but if the execution is great, then even these circles can start adding meaningfully to the top/bottom line.

The circles where ReliCel is No.4/5/6, I feel it has almost no chance of doing well. Maybe ReliCel can break even in No.4 circles if it keeps costs under control and runs a tight ship, but No.5 and No.6 circles are absolutely lost cases with no way of doing well for the most part. 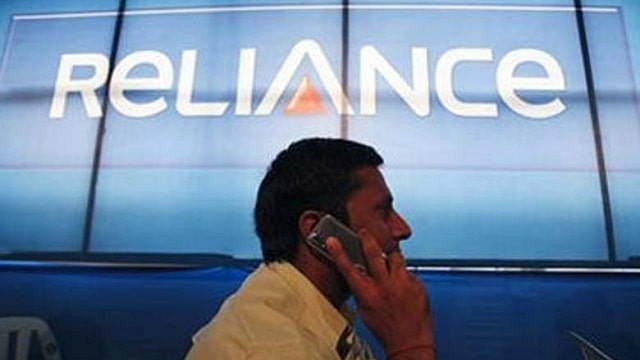 Spectrum is the life and blood of a telecom operator. The quality of services provided by a telecom operator depends a lot on the kind of spectrum holding it has. Operators that have low band spectrum are often known to provide better quality services than their peers.

In case of ReliCel, their combined spectrum holding looks something like this –

ReliCel seems to have a solid spectrum portfolio. This can be very useful in providing great 3G and 4G experiences.

10 MHz of 2100 MHz spectrum can increase the speed significantly and can also improve coverage to a great extent. ReliCel benefits by having 10 MHz 3G spectrum in so many circles. Only Airtel has been able to secure 10 MHz 2100 MHz 3G spectrum in Tamil Nadu amongst other operators. Most of the circles where ReliCel has 10 MHz spectrum, it has a subscriber base where it’s either highest or second highest except West Bengal where it is third highest. However, ReliCel seems to have 10 MHz in Punjab where it has the 6th highest subscriber market share. I don’t think ReliCel can achieve much in Punjab and should try and sell at least 5 MHz of 2100 MHz spectrum in Punjab to some other party.

The 3G coverage gaps also reduce significantly as there are only four circles where ReliCel cannot provide 3G. ReliCel is the No.6 operator in Haryana and has no need to add 3G spectrum there considering its weak subscriber base. ReliCel is No.5 in Gujarat and Maharashtra, so not having 3G spectrum over there as well shouldn’t hurt much. But ReliCel is No.3 in U.P West and should try and plug the 3G coverage gap in that circle.

ReliCel also has the opportunity to deploy low band 900 MHz band spectrum in Madhya Pradesh and Himachal Pradesh for 3G as it is already liberalized. If ReliCel is interested, they can liberalize their 900 MHz holdings in Jammu & Kashmir, Tamil Nadu, Assam and North East by paying the last auction spectrum price of 900 MHz band in those areas on a pro-rata basis. After liberalization, even those can be used for 3G but I wonder if ReliCel would be interested in doing so.

ReliCel already benefits from Reliance’s pan-India 850 MHz band that’s being shared with Jio to provide 4G services all over India. Apart from spectrum sharing, ReliCel also has an infrastructure sharing pact with Jio for providing 4G services. Although the 850 MHz band are great for 4G from a coverage perspective, they aren’t great from a capacity perspective. Luckily for ReliCel, they can liberalize one block of 4.4 MHz 1800 MHz spectrum in a lot of circles in India and use it for providing 4G, while the other chunk is used for providing 2G. Using a combination of 850 MHz and 1800 MHz spectrum, ReliCel can have a pretty solid 4G network all over India. Also considering that the block size of 2300 MHz spectrum has been reduced to 10 MHz, ReliCel can grab 10 MHz of 2300 MHz spectrum in Metro areas where there’s great tower density and where ReliCel has a decent subscriber base.

Will the merger be successful?

I’ve already given details of subscriber base and spectrum holdings. Technically, on paper, ReliCel becomes a No. 1/2/3 operator in many circles and has a great portfolio of 3G/4G spectrum. But the problem is that most telecom markets can only have four operators that can operate profitably. In India, there are four strong operators namely Airtel, Vodafone, Idea and Jio that will want to grab as much market share as possible. ReliCel has to beat one of these four operators to become a strong No.4 operator in India if it is to have a successful future. Either ReliCel should pray that Jio’s launch flops or that either Vodafone or Idea mismanage in future and give away market share in the process.

There needs to be a great deal of investment in the network for ReliCel to have any chance. Current 3G/4G networks of Aircel and Reliance are in pretty bad shape. There’s a need for upgradation of network and rapid expansion of 3G/4G coverage. ReliCel has a great spectrum portfolio, but the value of it will be realized only if there’s a great deal of investment to improve and expand the network from its present state. 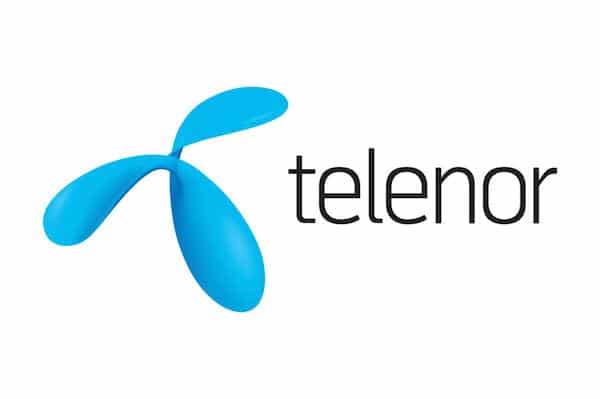 Although Telenor is small over here in India, they are No.2 in Pakistan, No.1 in Bangladesh and Myanmar. Telenor is running profitable networks in Pakistan, Bangladesh, and Myanmar. One needs to keep in mind that these countries are even weaker economies than India. If Telenor is able to run profitable operations in countries that are economically weaker than India, Telenor can sure as hell accomplish the same over here too. The problem with India has been that Telenor has faced a lot of setbacks over here like their license cancellations and entering the Indian telecom market late. Telenor also never had a chance to win any 3G spectrum and has been able to deploy only narrowband 4G in certain circles.

But ReliCel has a pretty great spectrum portfolio and if there is enough cash available for network upgradation and expansion, then Telenor can help ReliCel make a comeback. Telenor’s management has a great experience running operations in emerging countries. I’m not implying that Telenor being a part of ReliCel will guarantee a comeback, but if there’s any operator that can help ReliCel make a comeback, it’s got to be Telenor.

Was this article helpful?
YesNo
TechPP is supported by our audience. We may earn affiliate commissions from buying links on this site.
Read Next
Has Xiaomi cracked the premium puzzle in India?
#aircel #analysis #Merger #Rcom #Reliance Communications #Relicel #Telecom #Telenor