After announcing an indefinite leave of absence, Travis Kalanick has now resigned as the Cheif Executive Officer of Uber. The forty-year-old founder stepped down yesterday as pressure from shareholders elevated. Travis is one of the original members of the cab-hailing service since 2009 and has been a part of various controversies for the past year. 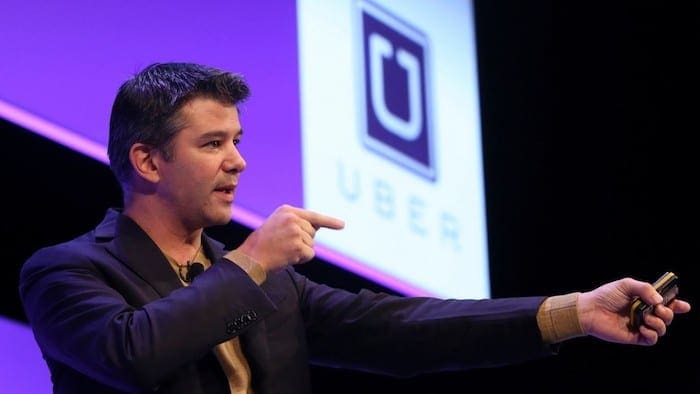 In a letter obtained exclusively by the New York Times, major investors of the company, which together own more than a quarter of Uber’s stock, asked Mr. Kalanick to leave immediately as Uber “needed a change in leadership”. Following a slew of heated discussions, Travis agreed to step down. However, he will continue to remain on Uber’s board of directors.

His exit was a result of the continuous negative controversies Uber has been a part of including a series of sexual harassment cases, the video that went viral of Travis having a dispute with a driver and more. Earlier on Tuesday, reportedly five of Uber’s leading shareholders, which also constitutes the venture capital firm Benchmark, revolted and decided it’s best for the company to move on. “The investors made their demand for Mr. Kalanick to resign in a letter delivered to the chief executive while he was in Chicago.”, reported the source.

Commenting on his departure, Mr. Kalanick stated, “I love Uber more than anything in the world and at this difficult moment in my personal life I have accepted the investors request to step aside so that Uber can go back to building rather than be distracted by another fight”.

The board has further requested Mr. Kalanick to lead a committee for hiring a new chief executive and “an experienced chief financial officer”.

Uber, which is currently valued at roughly $70 Billion, has been losing vital executes for the past few months and has fired over twenty employees post a series of investigations. The company has been struggling constantly with charges and is facing difficulties in escaping them whatsoever.

Reports suggest that the board has considered Arianna Huffington, the founder of The Huffington Post who joined Uber’s board last year, as one of the candidates for the position, however, we’re still waiting for an official word.

Travis Kalanick has been also responsible for what Uber is today and how it has managed to trump almost every other cab service out there. It will be quite a herculean task for the company to find a replacement who as ruthless and ambitious as Mr.Kalanick himself.

Was this article helpful?
YesNo
TechPP is supported by our audience. We may earn affiliate commissions from buying links on this site.
Read Next
Uber: Message from the next rider – Betting on confidence, not panic
#CEO #Travis Kalanick #Uber