PhonePe today introduced a new smart, dedicated POS (Point of Sale) device for its partners. Targeted at brick and mortar merchants who are still struggling with adapting to online payment systems, the device looks like an old-school calculator you see at local stores and even functions like one. 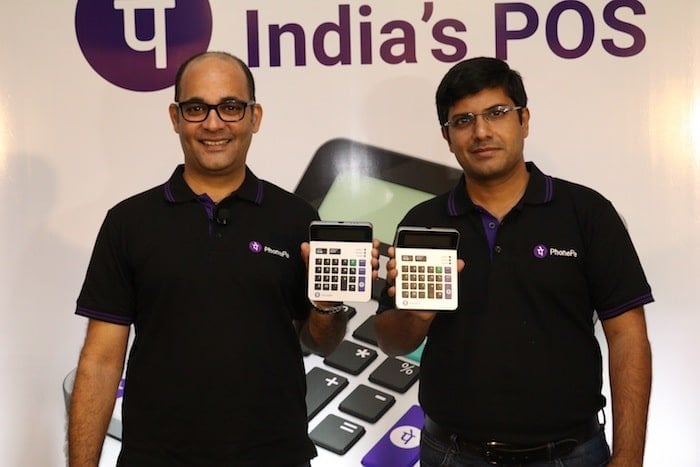 The chunky keys can be used to type in the amount and instead of the result button, there’s a big purple PhonePe button for confirmation. In addition to that, the device doesn’t require an internet connection on the merchant’s end and connects with the phone through Bluetooth for processing transactions.

Here’s how the process works — The merchant calculates the total itself on the calculator and hits the PhonePe button. Customer, then, needs to bring his/her phone in the proximity of the device. Once connected, the device will push the transaction details to the PhonePe app which the customer can verify and pay using his preferred payment mode. Furthermore, the display on top also shows visual cues for indicating whether the transaction has gone through or failed.

Considering how straightforward and familiar PhonePe’s POS approach is, merchants will certainly find it better than others. However, its success will come down to how effortless the connectivity part is as it’s competing against QR codes.

Moreover, the product will be, for now, entirely free of cost for PhonePe’s merchants against a nominal security deposit. And like its app, it too accepts UPI as a payment mode. PhonePe says the Made-in-India device costs less than ten dollars to build and runs on two AA batteries which should last long enough.

PhonePe will be piloting the POS device starting from Bengaluru and will soon expand it to other cities.

Paytm launches All-in-One Android POS for SMEs and Merchant…
Apple Watch Gets ECG in India...and it works just fine!
The Kindle UI FINALLY Gets a Makeover... And it Works Just…
Vivo S1 Review: It’s got the looks, but needs more
[First cut] Redmi 8A: Them A+ Looks!
[First Cut] Lenovo Legion 7i: A Gaming Laptop with…