Recently, at the CES 2018, Lenovo launched its first standalone Daydream VR headset in the form of Mirage Solo. The Standalone VR headsets solve one of the main shortcomings of the usual VR headsets, the need to rely on a smartphone or an external VR rig. Lenovo has now announced its VR Classroom kit, which will use the Mirage Solo in conjunction with the Google Daydream Platform. 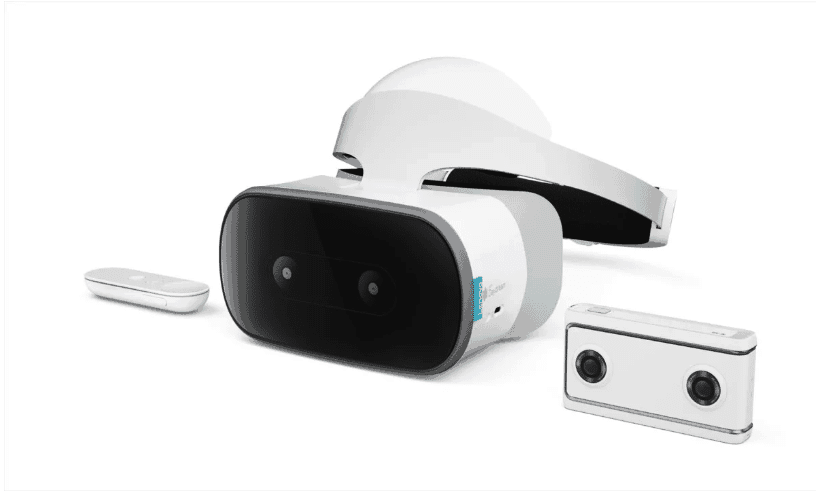 The VR Classroom is intended to help educators bring virtual reality into the classroom and thus shape up as an intuitive medium for the students to learn. Lenovo has also created an equally compelling educational content and will bundle it alongside the Mirage Solo. The VR Classroom is meant for Children above the age of 13 years and will be inclusive of over 700 VR field trips from the Google Expeditions. The VR Classroom bundle will also include the “Wild Immersion” videos by Jane Goodall. Furthermore, the educators will also be able to choose from a collection of apps.

Lenovo is backing the VR bundle with an 18-month warranty, and the teachers will be supplemented with monthly webinars and guidelines that help in following the best practices. Additionally, Lenovo will also be including a Tab 4 Plus 10-inch tablet for the teachers along with a Ruckus R510 commercial router. The VR Classroom will be available in two configurations, the three-student pack will be available in the US and Canada at $2,899, and the 10-student pack is expected to be available at a later date (no pricing info yet).

A quick recap, the Mirage Solo is powered by the top of the line Qualcomm Snapdragon 835 paired with 4GB of RAM and 64GB of storage. Lenovo has also included a microSD card to access VR content. Despite all the features, the Mirage Solo doesn’t come with an inbuilt speaker and instead it relies on headphones plugged via the 3.5mm audio jack. The Lenovo Mirage Solo features a 5.5-inch QHD display with a 110-degree field of view.

Chasing A Mirage? The Great Race to be India’s First 5G…
Android Auto for Phone Screens is now Available for Download…
How to Use an Apple Watch as a Standalone Music Player
Lenovo ThinkBook 15 Review: Lenovo's New Book will Make…
Qualcomm Announces Snapdragon 8cx Gen 3 and Snapdragon 7c+…
Microsoft Announces it's First Truly-Wireless Earbuds, the…