No llamas, no snow, but the magic remains

Endless runner games have been around for a while now. Games like Subway Surfer and Temple Run have had their share of fans but in many cases, have failed to keep their audience engaged after a period of time. People get past difficult levels, complete challenges and the ‘rush’ of the game starts to fade away. But there is one endless runner game which has managed to keep a lot of its users tuned in even though it did not get a sequel for a long time.

Alto’s Adventure was an endless runner game that did not really spread like wildfire in a dry forest but more like a subtle stream of water that pretty much-rejuvenated everything it touched.

And that was because it focused not on frenetic action but a much more peaceful, if just as continuous, journey. So even while the contemporaries of the game started feeling old and boring to many, Alto’s Adventure just seemed to flow along. Literally. Quietly. Without too much fuss or fury. Now, after three years, Snowboard has released a sequel to the game called Alto’s Odyssey. But will this version of Alto’s story entrance its audience like its predecessor did?

Altos’ Adventure was about a boy snowboarding on the alps and collecting his llamas (who were escaping) on the way. The game had different levels, and each level had three challenges. You had to compete for all the three challenges in order to get to the next level.  In Alto’s Odyssey, the basics remain the same, you have different levels, each level has three challenges and you have to complete all three challenges to get ahead in the game – and on first glance, even the graphics and gameplay might not seem too different.  The impatient ones might not find anything new here – it has as, but Alto’s Odyssey is pretty much like an onion. Not the kind which makes you cry but the kind that has layers. Layers that its patient players would definitely savour.

To start with, the snow has now melted over the period of three years (blame it on global warming) and has turned into a desert (no surprise) but our protagonist, Alto has not stopped surfing. He still has his snowboard and has just now started surfing on the sand. And because the temperature is not really suitable for llamas, there are no llamas to collect in Alto’s Odyssey.

The llamas may be missing from the game, but there is plenty that is new – new tricks, different environments and challenges. It starts with a plain endless desert, where you have to initially jump over rocks (as in the previous game), collecting coins which can be later used to buy equipment that would help Alto in his journey. There are plenty of add-ons like the Super Coin which doubles the coin count, Magnet which attracts the coins, Lotus flower which smashes rocks when you hit them,  amongst others.  And do not let the sand dunes fool you – there are canyons, jungle temples and even wrecked ships in your path as you progress.

Just like Alto’s Adventure, Odyssey also follows the same day in and day out pattern where the sun sets and rises as you are sandboarding (we almost wrote “snowboarding”). The weather changes – it starts raining suddenly, and you might face strong winds or even see a flash of lightning, even as you surf along.  The new tricks in the game include mastering backflips, jumping on and bouncing off hot air balloons,  ripping flags off the hot air balloons strings, grinding rope bridges, riding on walls, riding in pools, and on strong streams of water. 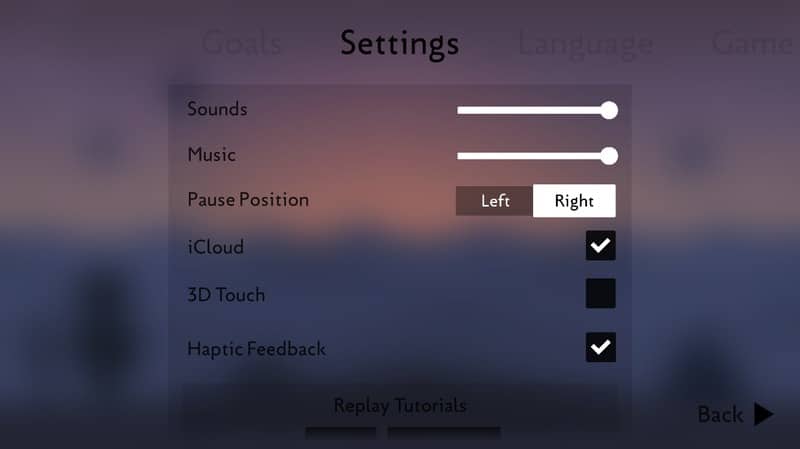 Sounds exciting? Well, it is. And addictive. But in an amazingly tranquil way. The graphics flowed smoothly on our iPhone 8, and no matter how stormy the conditions got, we never felt hurried or hassled. This is also due to the utterly simple gameplay, which follows the exact same footsteps of the first title – the key function remains tapping. Just tapping. Tap to jump over a rock, tap and hold to execute a backflip, tap in front of a wall to ride on it…That easy. There is also a Zen mode in the game which allows you to surf endlessly without having to worry about crashing. Adding to the Zen element of the game is the background music, which varies depending on challenges and levels, but never gets intrusive or loud, and almost gently surrounds the sound of Alto surfing.

What’s better than an Adventure? An Odyssey!

Alto’s Adventure had left pretty big shoes to fill for its successor. We think Odyssey has not only stepped into those shoes easily, but has in fact taken them out on a marathon run of its own as well.  Generally, when a new version of an app launches in the tech world, it either turns out to be a completely revamped version of the previous one or remains too similar. Alto’s Odyssey, however, strikes a near-perfect balance between keeping what was good in the previous version and the new things it brings to the table.  The game offers subtly better graphics, without in any way attempting to overhaul its already famous clean, minimalistic look, has new techniques and tricks that one has to learn in order to get ahead but does not meddle with the basic gameplay. At the end of it all, in spite of the additions and tweaks, the game is still really about Alto and his surfboard and their ride.

Another aspect of the game that we really(really) love is the background music, which is one of the key elements of the game and adds depth to it. It changes as you proceed through different plains- it intensifies, softens, gets calm, all while you ride through the desert. Yes, plugging in headphones while playing is HIGHLY recommended. Not just to close out other sounds or to better pick up the slithering of Alto’s board on the sand, but also to lose yourself in the game. 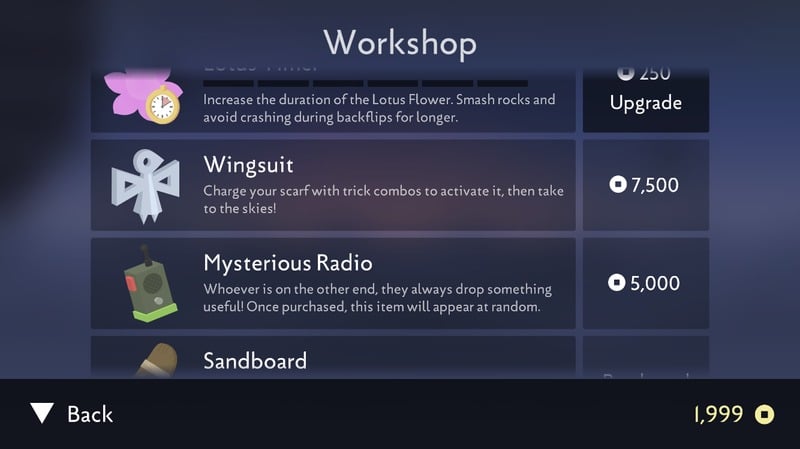 Some beginners might find it a little difficult to get a grip with the variations of “tap, tap and hold” and different places to do so (release a tap too early and Alto’s backflip ends in disaster) initially but take our word for it, you will eventually come around to it. Even when you crash and fall down, messages like “you will get there next time”, “watch out for the rocks” amongst others just give you a slight boost. Heck, even falling does not seem a bad thing – Alto ends up sitting and sometimes just staring at the beautiful, stark surroundings. No screaming, no shouting, just a slight thump. Them Zen feels.  What’s more, there are no intrusive in-app purchases, no ads to annoy you – just plain simple, sand surfing.

A small negative? We faced some difficulty reading the text and challenges on the screen, especially when the game turned into night time. It was not catastrophic but if there is text on the screen, we would like to see it clearly.

Alto’s Adventure was a rare endless runner game that did not come with all the loud graphics, colours and background music that most of the other titles in the genre did. It was the Zen variant in the endless runner game zone and the Alto’s Odyssey is no different in that department. Hey, it’s only better.

As the basics of the game and (on first glance) its appearance is the same, some might accuse it of being too similar to the previous version. But we would beg to differ. The game offers better graphics, different moves to master, new challenges, and all of this is bundled with a great background music score. Yes, we do miss the llamas (couldn’t we have had camels, as this is a desert?), but it does not really detract from what remains a surprisingly tranquil experience.

For us,  Alto’s Odyssey is the perfect addition to the Alto story. And in best Alto tradition, it moves along peacefully, without making a fuss. Yes, it does not come cheap at USD 4.99 (Rs 399) for the iOS edition (it is not there on Android yet, folks), but if what you are looking for is an endless digital ride that calms your nerves instead of putting them on edge, this is the game for you. Alto’s Odyssey is not about getting a ‘rush,’ it is about just experiencing calm, even as you move at speed. It is not about fearing a fall, but smiling and getting up and trying again when you do fall.

Oppo Enco W11 Review:Classy and not just bassy
[First Cut] Vivo X60 Pro: Classy, compact and cameras with a…
[Tech Ad-Ons] WFH - Apple unveils the chaos behind the calm
OnePlus 9R Long term review: For those Classic OP feels
Want the iPod Classic Back? There’s an app for that!
Ludo Zenith is a Classic Ludo Game taken to a Whole New…