Asus is prepping to launch new entry-level Chromebook in the next few days. Although there is no official confirmation about the same, an alleged Asus Chromebook C223 has been spotted on the company’s official Norwegian retailer partner, Power. 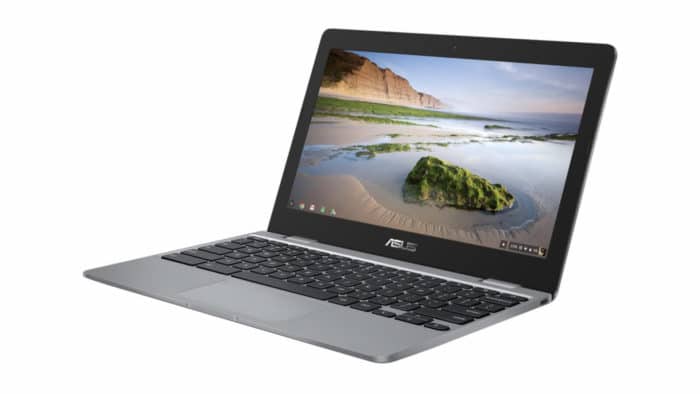 The Asus Chromebook C223 seems to be budget Chrome OS-powered offering. As per listing on Power’s website, the all-new Chromebook comes with a compact 11.6-inch HD (1,366 x 768p) display. That said, the display misses out on touch functionality. Internally, it’s powered by a dual-core Intel Celeron N3350 Apollo Lake processor. This is coupled with 4GB RAM and 32GB storage.

The all-new Chromebook is apparently a subsequent update over the last year’s Asus Chromebook Flip C213. That said, the new laptop misses out on a number of features present in its predecessor, this includes a higher resolution display and a 360-degree hinge. The Asus Chromebook C223, however, retains the form factor of its older sibling. Its markedly slim and is decently light too at just 1.27 kg.

In terms of connectivity, the Asus Chromebook C223 comes with one microSD card reader, two USB Type C, and one full-sized USB port. It also features a 3.5 mm headphone jack.  Powered by the latest build of Chrome OS, the new Chromebook from Asus is expected to rock Google Play out of the box. Considering its modest specifications, it is mainly suitable for students who are looking out for a reliable device for doing their daily tasks and a little bit of internet surfing.

A popular German news portal, WinFuture reveals that the Asus Chromebook C223 is priced at around 320 Euros, which is effectively around $370. It’s quite a steep ask when compared to the specs its offering for the price. That said, the quoted price might be the Maximum Retail Price (MRP), and the product may go on sale for a markedly lower price when it hit stores sometime later this year.