Alongside the Honor 8X, Huawei’s sister brand also announced the Honor 8X Max in China today. The phone, as the name suggests, has a huge display and battery and is aimed towards users looking for a good device for media consumption. 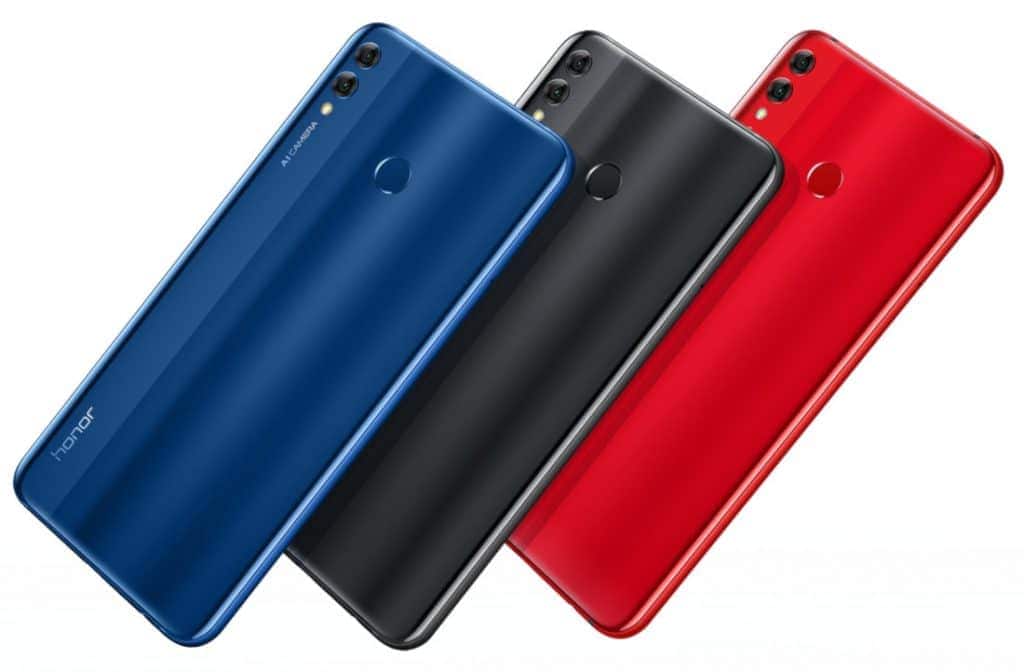 The front houses a huge 7.12-inch Full HD+ display along with an Essential-style notch or a water drop sort of a notch which has the front facing 8MP camera. The screen to body ratio is claimed to be 90.5%. Under the hood, the Snapdragon 636 or the 660 handle CPU duties depending on which variant you choose. The primary camera on the rear is a 16MP shooter along with AI scene recognition, while the secondary 2MP sensor is used during portrait shots for depth sensing purposes.

There is a fingerprint scanner housed at the back of these devices, and the phone comes with an enormous 5000mAh battery which justifies the mammoth display. The phone supports 18W fast charging and also reverse charging which enables you to charge other phones using the 8X Max.

Similar to its younger sibling, the 8X, the 8X Max also will be sold in Black, Blue and Red colors and will go on sale starting at a price of 1499 Yuan ($220/INR 15,500) for the base variant consisting of 4GB of RAM along with 64GB of internal storage, while the 128GB storage variant with the same 4GB of RAM will retail for 1799 Yuan ($260/INR 19,000). Do note that these two variants will sport the Snapdragon 636 chip, while the 6+128GB variant will come with a Snapdragon 660 and will be made available in October this year. We do not have the pricing of that variant yet.

Was this article helpful?
YesNo
TechPP is supported by our audience. We may earn affiliate commissions from buying links on this site.
Read Next
Huawei sells its Honor smartphone brand in a bid to ensure its survival
#Honor #Honor 8X Max