The first selfie might have been taken all the way back in 1839 when amateur chemist and photography enthusiast Robert Cornelius took a picture of himself on his camera (he set it up at the back of the family store, removed the lens cap, ran in front of the frame, sat for a minute, then closed the lens cap – SUCH complications!), but the selfie phenomenon gripped the world since digital cameras were introduced in 2004. And the #selfie tag has become viral ever since smartphones entered our lives, most crucially, the iPhone 4 with its front-facing camera in 2010 – so much so that in 2013, “Selfie” was declared the word of the year by Oxford Dictionaries.

While most of the commentary around the popularity of selfies has revolved around the effect they have on the mindset of people, a 2018 global study by US National Library of Medicine has added a whole new dimension to it. The study, perhaps the first all-encompassing of its kind, tracks selfie-related deaths from October 2011 and November 2017, reporting 259 deaths while clicking selfies in 137 incidents. Here are some key figures and facts from the report.

The Google search engine received its first request for “selfie deaths” in January 2014, when a Lebanon citizen became a tragic viral sensation after being killed by a car bomb moments after posing for a selfie.

The report classifies reasons for selfie deaths into risky and non-risky behavior. Risky is defined as when a person took a risk to click a selfie. For instance, the report says that death by falling from the edge of a slippery cliff is risky, whereas death by drowning by getting hit by a wave on calm sea is non-risky. As it may become obvious, risky behavior caused more deaths than non-risky behavior.

4. Men are dying more than women over selfies

The report establishes that women take more selfies than men. However, selfie-deaths occur more in men than women. The study says that approximately 72 percent of the deaths were of men. There were more deaths due to risky behavior, and perhaps that is why more men died than women. 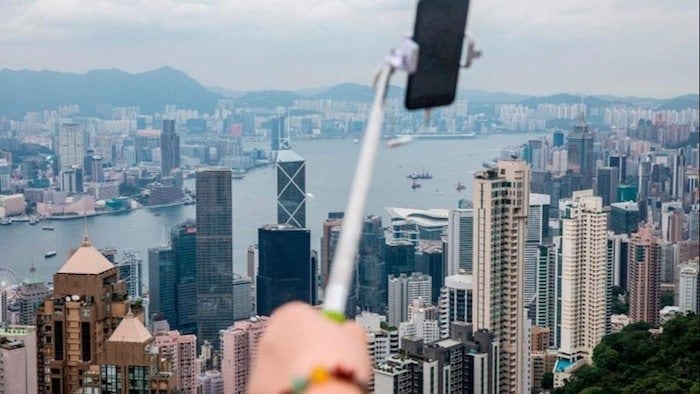 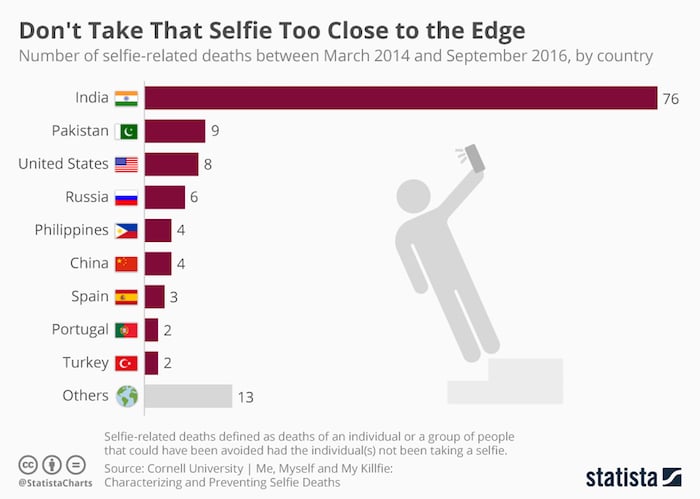 Just how seriously the authorities are taking the “selfies are dangerous” phenomenon can be gauged from the introduction of “no-selfie” zones on the beaches of Goa and Mumbai in India. “Safe selfie spots” have also been marked at a popular tourist destination, Mount Merapi in Indonesia. Russia also has boards and slogans telling users not to take selfies in a particularly risky condition that could endanger life. Using data from location service and identifying a risky location, a group of scientists is working on developing an application that will be able to identify when someone is taking a selfie at a dangerous situation and thus alert him or her to the possible risk to life. Now, THAT is artificial intelligence.

Was this article helpful?
YesNo
TechPP is supported by our audience. We may earn affiliate commissions from buying links on this site.
Read Next
Two Brands Control 57 percent of the Indian Smartphone Market!
#report #Selfies