MediaTek has consistently struggled to catch up with its arch nemesis, Qualcomm. But the silicon maker has been establishing a firmer position in the market with a stream of new chipsets the past year. And today, it has added another one to the growing lineup — the Helio P90. 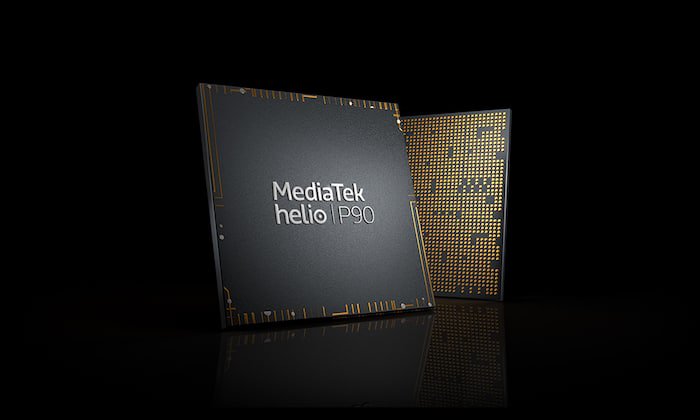 The Helio P90 will sit above the company’s recently announced Helio P70 with quicker and more capable internals. But the area where MediaTek is hoping the Helio P90 will truly stand out is with its dual-core processing unit which is designed to handle intense machine learning tasks. Called the APU 2.0, MediaTek claims it’s four times more powerful than what you get on the Helio P70 and P60. What’s more, MediaTek says the upgraded AI chip can even process more complex and dynamic features such as tracking body movements, and deep-learning facial detection.

The new octa-core chipset, apart from that, comes with two Arm A75 which can operate at up to 2.2GHz and six A55 processors which can reach clock speeds of a maximum 2.0GHz. For the GPU, MediaTek has decided to go with an Imagination Technologies PowerVR GM 9446. The other key highlight of the MediaTek P90 is the company’s latest CorePilot technology which can offer “the perfect combination of battery life and power on demand”.

As for the cameras, the Helio P90 is compatible with 48-megapixel single-lens setups or 24+16-megapixel dual cameras. Plus, it features a revamped set of Image Signal Processors for producing 14-bit RAW and 10-bit YUV for phones which are primarily focused at photographers and creative professionals. Devices running on the Helio P90 will arrive by Q1 next year.

Commenting further on the launch, TL Lee, General Manager of MediaTek’s Wireless Communication business unit, said, “The Helio P90 gives device makers the ability to offer outstanding camera features, battery life, performance and top of the line AI capabilities while making devices accessible to mass-market consumers. The Helio P90 is an AI processing powerhouse with ultra-fast performance and a host of AI-powered imaging improvements. This chip will reset consumer expectations of what a smartphone can do, and usher in a new era of super high-resolution smartphone photography to the market.”