It’s not too often that we see a combination of good looks, solid performance and a portable form-factor when it comes to laptops. Performance-oriented laptops intended for gaming or video-editing which involve CPU and GPU intensive tasks are generally bulky and a pain to carry around due to the heft, whereas portable notebooks compromise on the power of the CPU or forgo the dedicated GPU entirely in order to achieve a slim form factor, something that the Ultrabooks back in the day popularized. 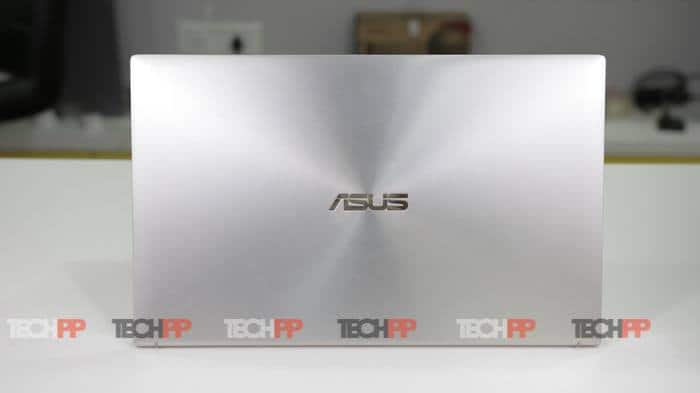 With GPUs especially meant for laptops being developed in recent times with lesser power consumption and physical size, more manufacturers are putting out laptops with powerful internals and a lighter form factor, and Asus’ answer to that is the new Zenbook 15 (UX533F). While it’s not exactly the most portable machine out there, it’s still much more manageable than a regular 15.6-inch laptop with specs like this. However, is the hefty price tag worthy of the premium form factor and some modern elements like thin bezels? Let’s find out.

Beginning with the most obvious element when you first handle the laptop, the body. The Zenbook 15 weighs just 1.6 kilos and for a 15.6-inch machine, that’s commendable. Just for reference, in case you’re not aware, a generic 15.6-inch laptop with similar internals can weigh anywhere between 2.2-2.7Kg. It’s not just about the numbers here though. When you carry the laptop around in your backpack, you actually realize what difference shedding off those few extra grams makes. Be it while you’re commuting or you’re handling the notebook in general, the weight of the Zenbook 15 will surely please you. Asus also claims that the body is MIL-STD 810G certified meaning it can take some drops without causing much damage. Just don’t try it for yourself though. 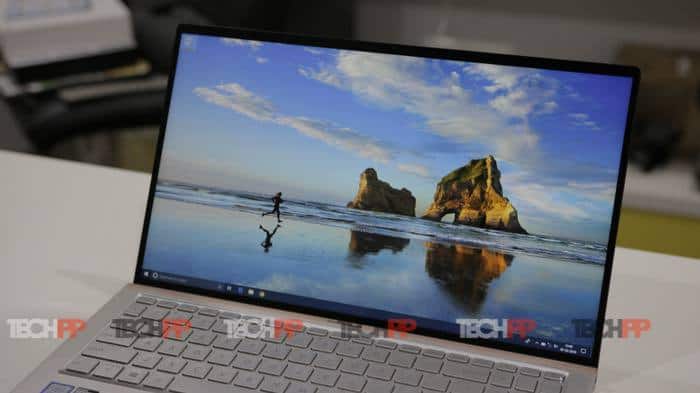 Also, despite having a 15.6-inch display, Asus has managed to fit in the entire package into a form factor of a 14-inch laptop. The construction feels solid too and there were no creaks or give while applying pressure on the chassis which speaks of the quality of materials. However, the keyboard panel shows some signs of flexing while typing at a faster pace which can be a matter of concern for some.

The hinge as well has an assuring feel and when opened, the bottom section of the hinge lifts up the keyboard by a slight angle which makes it easier to type. The screen can be opened with just one hand while the laptop rests on a surface. The top surface of the laptop has the typical Asus concentric circles design which looks subtle but premium. The Zenbook 15 surely scores high in terms of the build quality and form factor.

The chassis houses the DC-in port, 2 full-size USB-A 3.0 ports, a 3.5mm audio jack, a full-size HDMI port, a USB Type-C port, and an SD card reader. Quite a good selection of ports for a modern-day laptop, I must say. There’s also an external LAN adapter that comes in the box. You’re already spending a good amount of money on the laptop, thankfully you won’t have to spend any more on annoying dongles. There’s Bluetooth 5.0 and Gigabit-class Wi-Fi on board for connectivity. 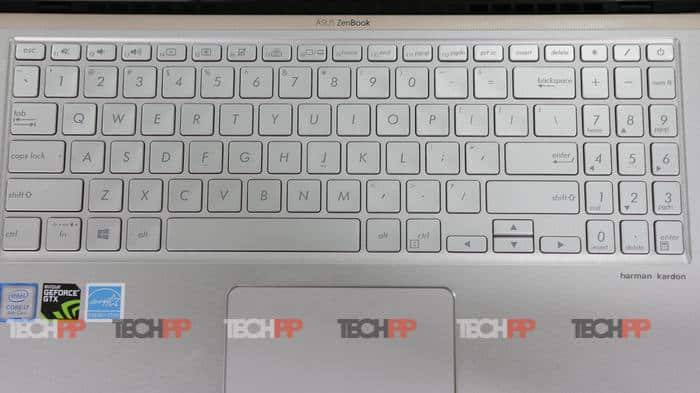 The trackpad is quite smooth and clicky and we didn’t have any issues using it throughout the review period. The keyboard has a nice amount of key travel and gives a reassuring feel while typing. A slight gripe, however, is the fact that we were sent the silver colored model and the keyboard backlight is white, so if you’re in a well-lit environment and if you have your backlight turned on, you’ll have a hard time figuring out the keys, but then, you usually wouldn’t have your backlight turned on in a well-lit environment in the first place, but direct sunlight falling on it may also have a similar effect, so keep that in mind. You can also pick a dark blue variant which in our opinion looks better.

Coming back to the keyboard, you can choose what the function keys do by default, that is if they act as f1-f12 keys or perform pre-defined functions like control media, screen brightness etc. There is a dedicated number-pad and while that’s nice to have, the arrow keys have shrunk in size which can be an issue if you play a lot of games or scroll through web pages or documents using the arrow keys. 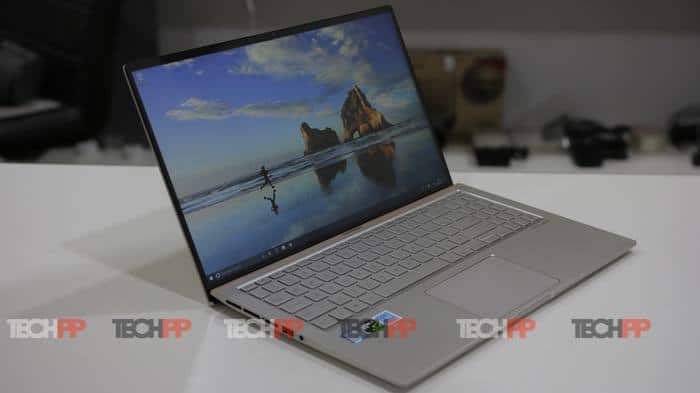 The display on the Zenbook 15 is a beautiful 15.6-inch panel with extremely minimal bezels. Asus claims a screen-to-body ratio of 92% and while we can’t vouch for that, the display does give the laptop a stunning look. While the display looks great due to the chopped-down bezels, the resolution of the panel is 1920×1080 pixels which is still Full HD, but given the size of the display, the resolution does seem like a slight let-down. In no way does this mean that the display on the Zenbook 15 is bad, but a 2K resolution would have been the icing on the cake. It’s plenty sharp for daily usage, so an average consumer should have no issues. Also, there’s no support for touch input which would have been a nice inclusion keeping the price in mind.

Due to the minimal bezels and the form factor in general, the display at first glance looks like a 21:9 wide panel but the resolution shows otherwise. The panel is of the conventional 16:9 aspect ratio, but it feels like you’re viewing a lot more content on the display than on a usual laptop. That brings us to the fact that media consumption on the Zenbook 15 is an absolute treat. The speakers, however, are located at the bottom, so that’s not the most reliable option for audio, but the Harman Kardon tuned speakers have a fairly decent throw and loud volume levels. 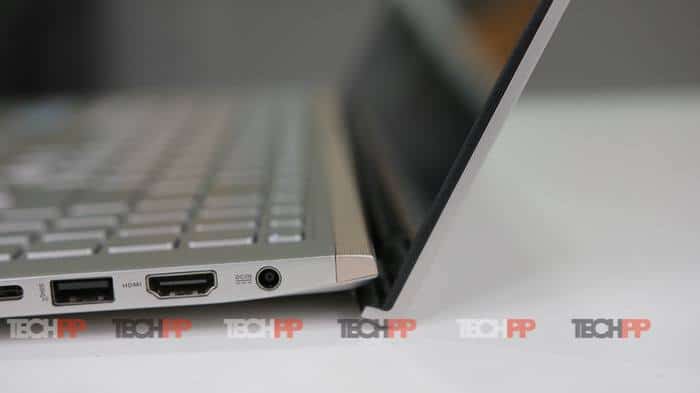 Let’s get to one of the most vital aspects of the laptop, performance. Getting specs out of the way first, the version of the Zenbook 15 sent to us has the 8th Generation Intel Core-i7 8565U CPU with up to 4.6GHz Turbo Boost paired with the Nvidia GTX 1050 Max-Q GPU with 2GB of GDDR5 VRAM. There’s 16GB of RAM and a massive 1TB off PCIe SSD storage. To put this into perspective, we tried editing a 4K video on Adobe Premiere Pro and there was no major lag or dropped frames. If you wish to run games as well, the Zenbook 15 can handle mid-tier games with playable frame-rates. We tried GTA V and constantly recorded a frame-rate of 75+ FPS, and we also ran PUBG mobile using the Tencent emulator and the game ran without any issues.

The thermal management, however, isn’t that impressive as the laptop does get warm at times after prolonged usage. In day-to-day usage though, like running Chrome with multiple tabs and the suit of Microsoft apps like Word, Excel, PowerPoint etc., should not cause any issues. If you’re looking for power, the Zenbook 15 has you mostly covered, and the reason we say, mostly, is that the 1050 Max-Q is not capable enough to run some top-tier games at high graphics settings so if you’re looking to game a lot and do not mind a bulkier form factor, you should probably take a look at alternatives with a better GPU which you can find for a much cheaper price as well. 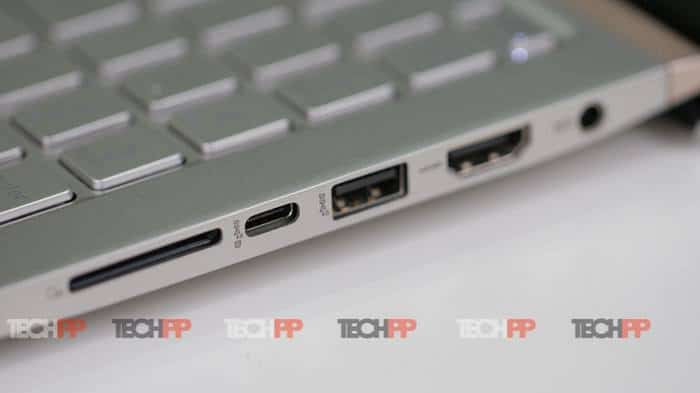 The laptop runs on Windows 10 and there are some nifty additions like Windows Hello which in our experience was both fast and reliable. The camera on the front does a decent job while making video calls, and that’s precisely what you’re going to be using it for, so no complaints there.

The battery life on the Zenbook 15 was surprisingly good too considering the large screen size and powerful internals. On average, we were able to achieve anywhere from 7-8 hours of battery life with the in-built 73Wh battery. Especially if you’re on the go, this is a nice incentive to have. You can, however, run the laptop in the high-performance mode with all cores running the show to boost performance at the cost of a noisier fan, but that will obviously have a negative effect on the battery life, and the already poor thermals will further take a hit. 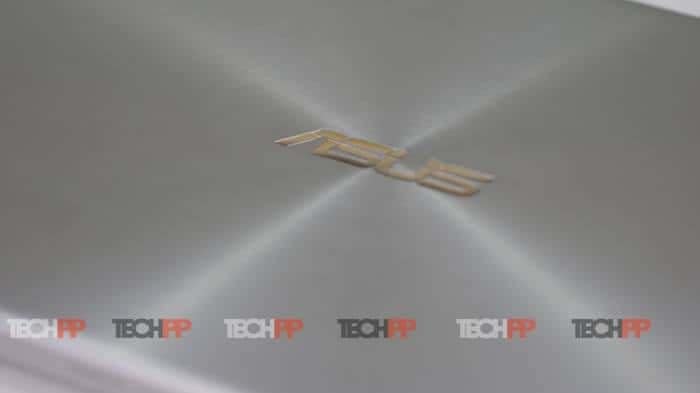 So, should you invest $1,400 or Rs 1,39,990 on the Asus Zenbook 15? Let’s address the pros first. The design looks premium, the laptop is lightweight considering the size of the display and specifications, the display looks great with minimal bezels, performance is right up there, there’s good battery life and combining all of these factors results in an overall impressive package.

The cons, however, are that the GPU cannot handle some high-end game titles, but the laptop, in general, isn’t really targeted towards gamers. It does get warm after prolonged usage, and the display isn’t the sharpest out there. However, the raw power that it packs combined with that form factor outweighs most of the cons of the Zenbook 15. 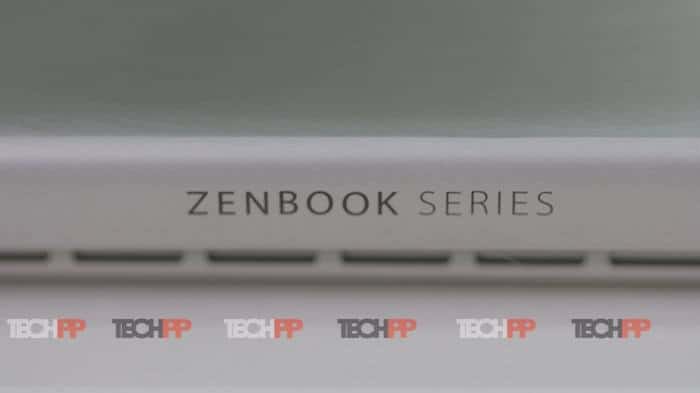 Yes, it is pricey and there are more powerful alternatives to the Zenbook 15 at that price, and of course, there are other laptops from competitors like the Dell XPS series that offer good performance along with a portable form factor, but it all boils down to personal preference and the fact that you’re getting a larger display in the footprint of a smaller laptop, and performance that you won’t complain about.

Was this article helpful?
YesNo
TechPP is supported by our audience. We may earn affiliate commissions from buying links on this site.
Read Next
Skullcandy Mod Review: Betting on doing the basics well
#Asus #Asus ZenBook 15 #review #ZenBook 15 UX533F