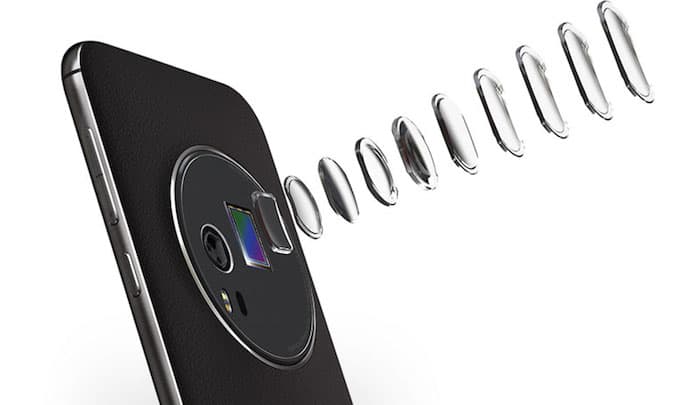 While Qualcomm made these changes without much fanfare, speculations and rumors started gathering storm, and today, Qualcomm’s Sr. Director for Product Management, Camera, Computer Vision and Video, Judd Heape, spoke to a select set of Indian tech journalists to bust some myths surrounding smartphone cameras including the support for cameras up to 192MP.

Mr. Heape categorically ruled out the possibility of seeing actual smartphones with 192MP cameras anytime soon, but he said he expects to see Smartphone OEMs launch devices with 100MP and above cameras later this year. Phones with big camera sensors aren’t really new with Nokia launching 41MP camera on Lumia 1020 back in 2013, but since then, the industry has mostly struck to 12MP and 16MP sensors even for the flagships.

Cut to the present, we have flagship camera sensors supporting 48MP from Sony and Samsung, and it looks like the industry is ready to play the Megapixel wars again. While companies and fans are going gaga over 48MP cameras, Mr. Heape indicates the war has just begun and we can see bigger smartphone camera sensors being launched later this year. If not this year, devices launched in early 2020 should come with 100MP+ camera sensors. He also expects by next year, the Megapixel count on camera sensors might jump to Mid-100s, which is quite crazy.

When the news of support for camera sensors up to 192MP on some Snapdragon chipsets came out, many people dismissed it saying the vendors of camera sensors aren’t really ready to mass-produce bigger sensors as yet. Mr. Heape explained that instead of increasing the size of camera sensors, the vendors will attempt to shrink the size of the individual pixels further to make room for more pixels. Having said that, it’s quite possible that we will see bigger 1-inch sensors in future smartphones.

Interestingly, Mr. Heape himself doesn’t support the Megapixel wars. “Personally speaking, I’d like to see sensors capturing more light with bigger pixels rather than shrinking the Pixel size to accommodate these outrageous Megapixel numbers. I want the best photo possible which means capturing most light. So the image sensor size has to grow to achieve that. Eventually, this desire for high megapixel count will wear off and we will be concentrating on image sensor sizes instead of pixel size.“

Was this article helpful?
YesNo
TechPP is supported by our audience. We may earn affiliate commissions from buying links on this site.
Read Next
Snapdragon 782G vs Snapdragon 778G Plus: What Has Changed?
#mobile photography #Photography #qualcomm #Qualcomm Snapdragon