2019 has treated Vivo well so far. The company is one of the top three smartphone brands in the country and has grown to become the third-largest smartphone manufacturer in the country, and is even challenging for Samsung’s second spot, as per Canalys. To keep expanding its market share, Vivo has not only been launching new phones but whole series of them as well. Recently, the brand introduced the Vivo Z1 Pro which was priced and specced very competitively, and now it has launched the Vivo S1, which it is projecting as a lifestyle phone more than anything else. Priced at Rs. 17,999, it faces some formidable competition but are good looks all that it brings to the table? 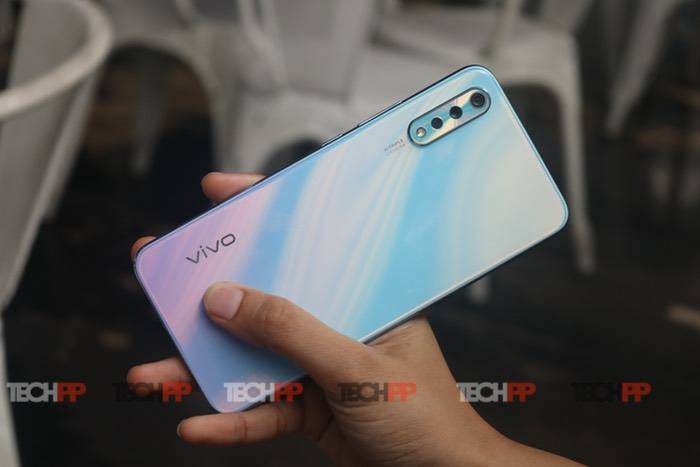 The Vivo S1 ticks every box when it comes to trendy design elements of 2019. It comes with a tall AMOLED display that covers up most of the front of the phone. The display carries a small dewdrop notch on the top that holds the primary camera. Thin bezels surround the three sides of the display while there is a relative thicker chin below it.

The back of the S1 delivers gloss in spades. We received the Skyline Blue variant of the smartphone and the inspiration reflected in the color gradient on the back. A light shade of blue dominates the back which very subtly turns into a pinkish-purple hue as it flows down, looking somewhat like an evening skyline. The back carries the capsule-shaped triple camera unit on the top left with LED flash. The unit protrudes a little and has a silver metal rim around. Following the camera unit is the AI camera branding and in the same line down south the phone bears the Vivo logo. 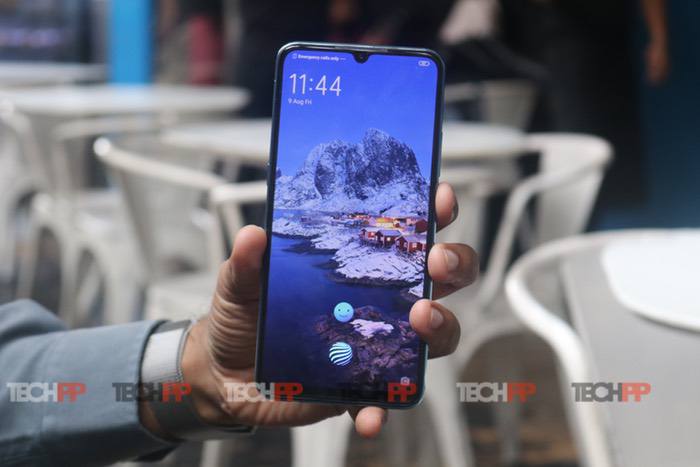 The shiny blue metal frame is house to the 3.5 mm audio jack, the micro USB port and the speaker grille, all present on the base. The top of the phone remains bare. The left side of the device carries the Smart button and the dual SIM card and microSD card tray while the right side holds the volume rocker and the power/lock button. The Vivo S1 measures 159.5 x 75.2 x 8.1 mm and weighs 179 grams. The phone fits in hand comfortably but is a little slippery and does not have a great grip.

Good looking, Vivo, but we expected a bit more

When the design is one of the USPs of a smartphone, we expected it to deliver something that is unique to that phone. While there is no doubting that one of the USPs of the Vivo S1 is the design, we did not think the phone looks head turning-ly stunning. Yes, the phone comes with a tall display on the front with dewdrop notch that holds the front camera and slim bezels on the three sides (with a slightly thicker chin). Yes, it comes with a glossy back with a color gradient but because these design elements are now the basics of any mid-segment smartphone, the Vivo failed to wow us.

It does not mean the phone looks bad. It actually is a good-looking device. The usual combination of gloss on back and front with a layer of shiny metal gets the job done but we expect it to come with a little more wow factor than just trends done right, especially when the phone is marketed with style as its major selling point. 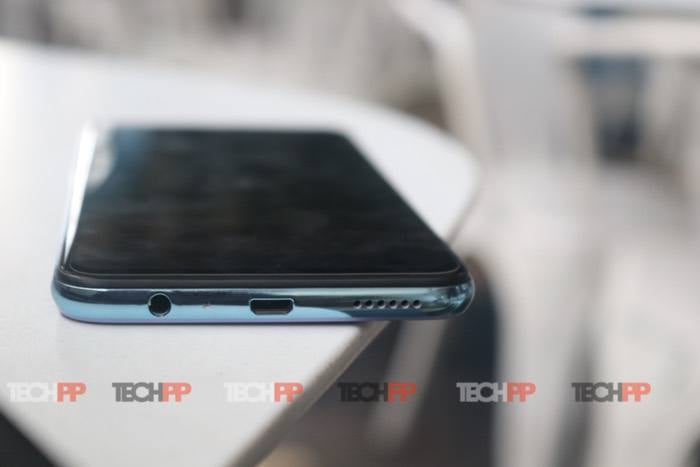 The phone also moves swiftly through the casual gaming zone. We tried games like Hang Line: Mountain Climber, Temple Run 2 and Subway Surfers and all three played well on the phone. But the story was not the same in high-end gaming. We tried PUBG, Asphalt Xtreme and NFS No Limits on the S1 and not only did the phone take a while to launch these games but we also found the experience slightly laggy, especially while playing Asphalt Xtreme. Just like the Vivo Z1 Pro, the S1 also comes with a dedicated gaming mode called the Ultra Game mode, which offers a number of features like Block Notifications, off-screen Autoplay to make your gaming experience on the phone free of any disturbance. But while this rocked on the Z1, our experience on the S1 was nowhere as smooth. 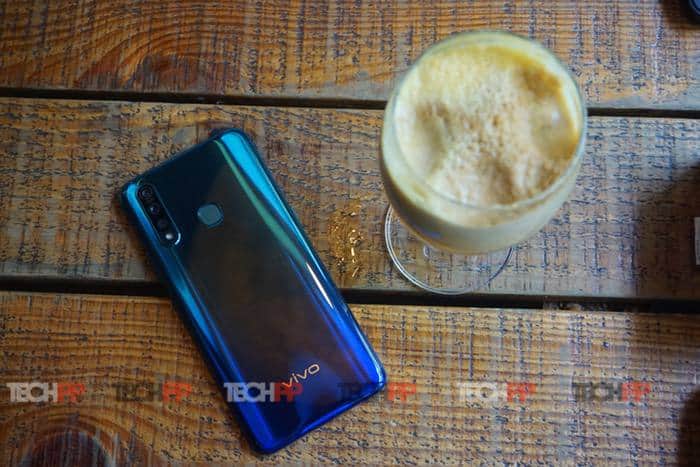 Vivo Z1 Pro Review: In a fight against the Pros
Read More

What does add to the gaming experience on the Vivo S1 is the display of the device. The phone comes with a 6.38-inch full HD+ Super AMOLED display with a screen resolution of 1080 x 2340 pixels. It produces good contrast, rich colors and is bright and responsive. Watching graphics and videos on it is a treat. The display also holds an in-display fingerprint scanner which seems accurate and fast enough. You can also add a face unlock on the phone or can allow the phone to use a combination of face unlock and fingerprint to unlock your device even faster. We could not fool the S1 to unlock the phone with a picture and it did not get unlocked when our eyes were closed, making the face unlock feature on the phone a lot more secure than what we have seen on some others.

The phone is decent in the audio department. It will not blow your mind but is not too bad either. The audio output on both the loudspeaker and over the earphones (that come bundled in the box), is loud and clear but is very one dimensional. 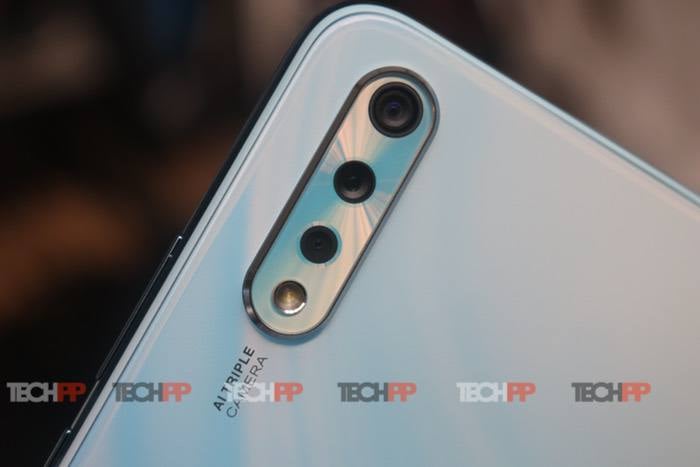 The camera of the Vivo S1 does well in the detail department, especially in well-lit conditions. We were impressed by how we could easily zoom into the photographs or crop them a bit without losing too much detail. That said, the phone struggles to reproduce accurate colors and gives very saturated looking results. Warm colors like yellow, red, organs often look too warm and unreal. The results often end up looking like they are edited (if not heavily) and are generally not too close to what the real subject looks like. The smartphone also struggles in low light. The pictures taken in low light are often grainy and detail which is a huge plus in well-lit environments also gets lost when the lights dim down a bit. 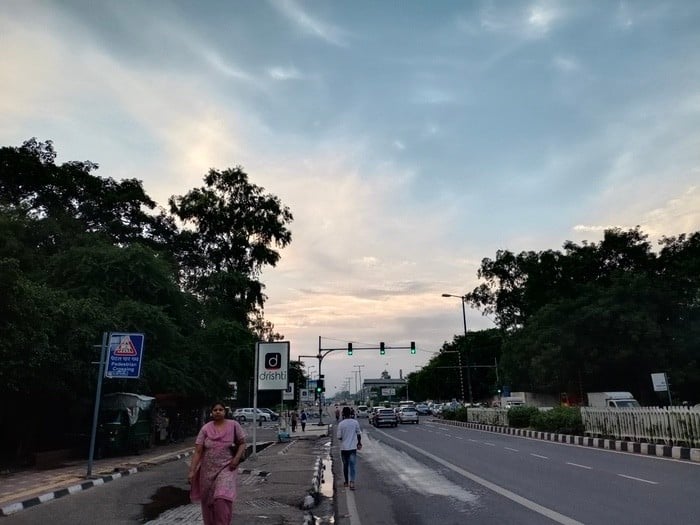 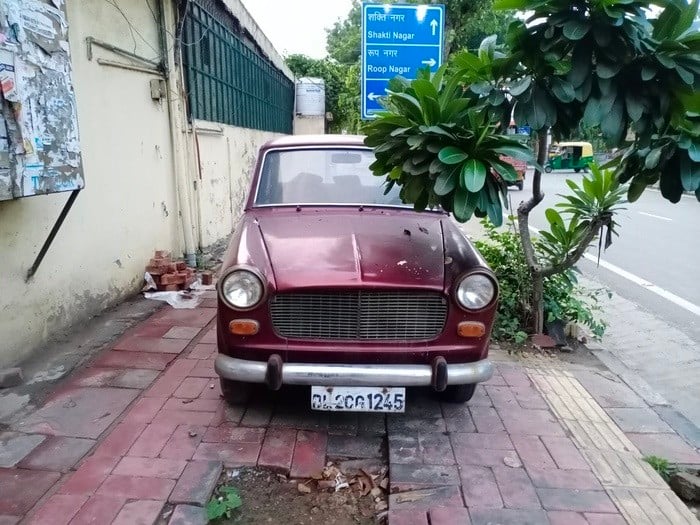 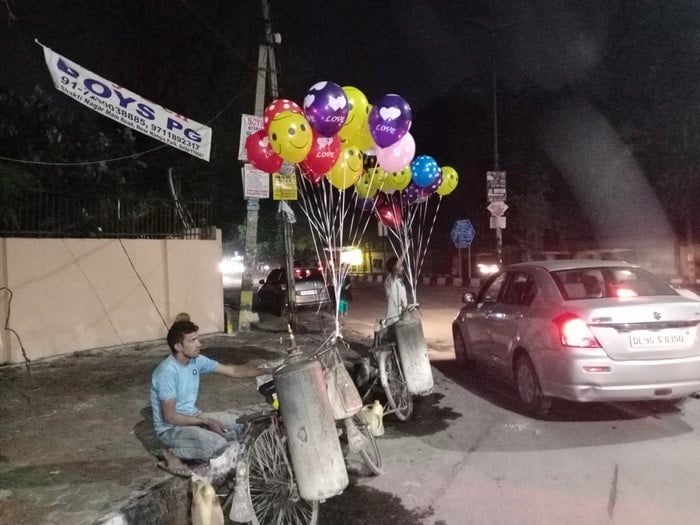 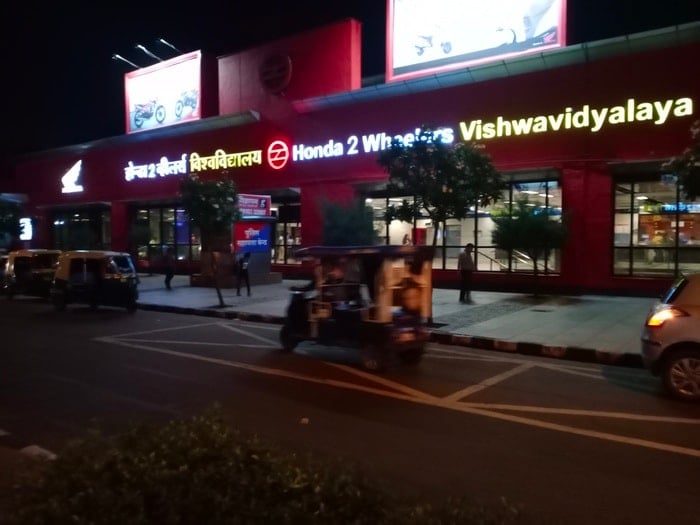 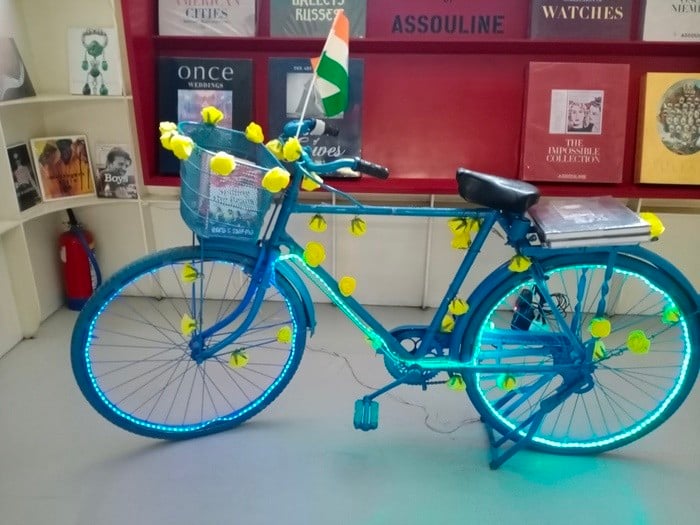 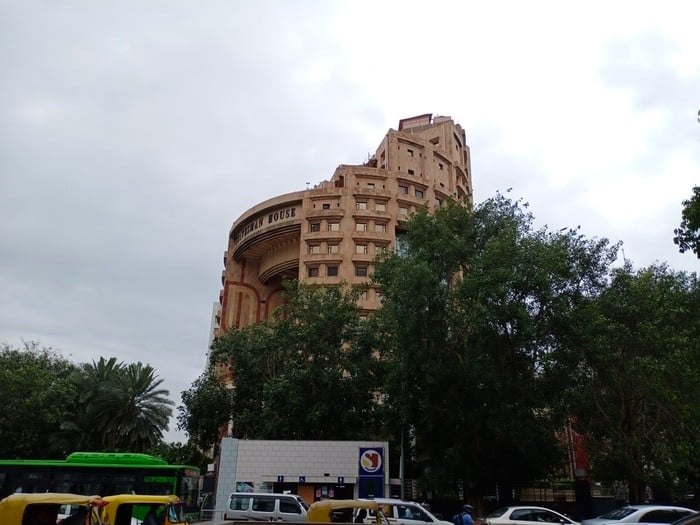 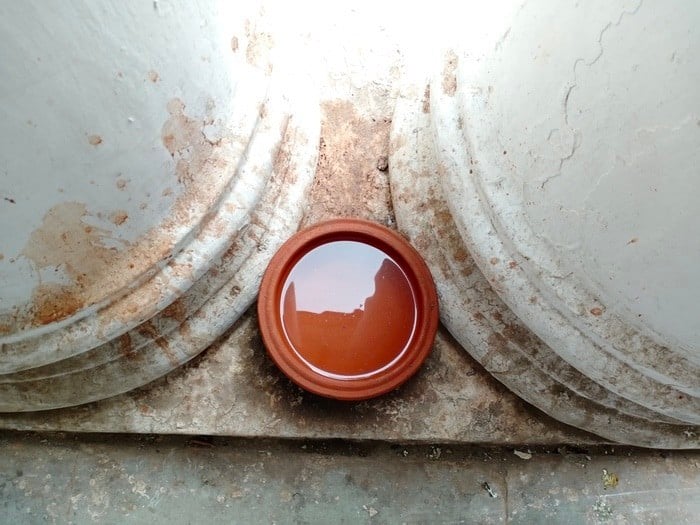 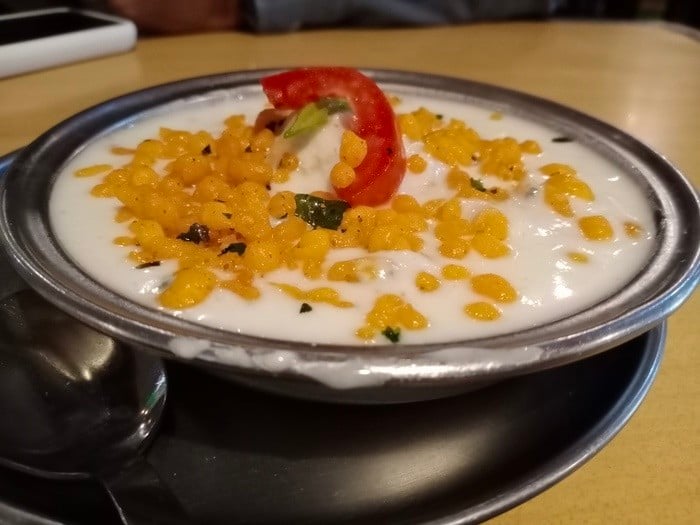 The camera app offers a number of modes and filters, which can take you a little while to go through and those who are used to a basic camera app may even get slightly overwhelmed by the looks of this. That said, these modes and filters are not in your face and will not confuse you unless you get in that zone. There is also a portrait mode which creates deep bokeh but misses out on the edges of the subject at times.

On the front, the Vivo S1 carries a 32-megapixel camera with f/2.0 aperture. The selfie camera on the S1 has the megapixels but is not too impressive in both detail and color departments. The camera produces images that are too smooth, even with the beauty mode off and the skin tone often turns out to be too bright as compared to reality. In beauty mode itself, the images start looking very anime-like, thanks to a number of editing features for selfies, like correcting skin tone, whitening, face thinning including others. 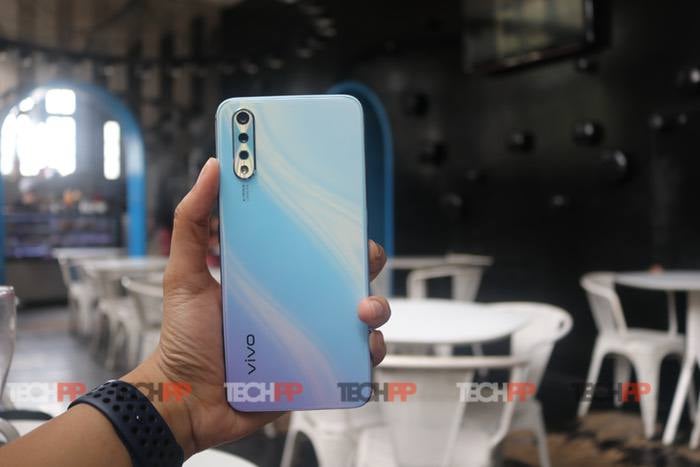 One of the biggest highlights of the Vivo S1 is the battery of the smartphone, it comes with a 4,500 mAh battery. The phone can easily see a day of heavy usage and can last up to a day and a half to two days with moderate usage. The S1 also comes with support for fast charging and has an 18W charger bundled in the box. The phone takes about an hour and a half- two hours to charge completely which was again impressive, considering the size of the battery.

The Vivo S1 runs on Android 9 (Pie) and comes with a layer of Vivo’s in-house UI FuntouchOS 9 layer. The UI of the Vivo S1 is far from the clean, plain, simple stock Android. The smartphone is loaded with features, modes, and third-party applications. Apps like Facebook, WhatsApp, Opera, Dailyhunt come preloaded on the phone and because they have not been categorized or grouped together, the phone’s display can look a little packed. This may be a good thing for the users who like to get started with their phones right away and do not like to spend time downloading apps, but it can be a bit of a pain for those who like their interfaces clean. Interestingly, although the interface of the Vivo S1 seems pretty heavy, it does not weigh the experience down as the phone remains snappy and swift generally. 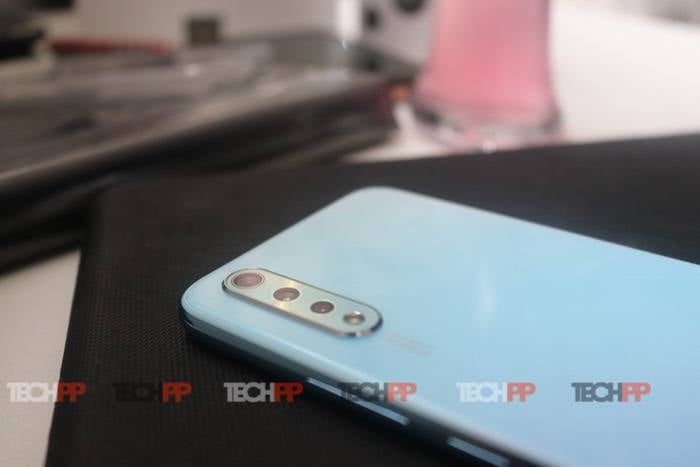 Priced at Rs. 17,999, we think the Vivo S1 has bitten off slightly more than it can chew. The smartphone does the basics well as it comes with good, clean, modern design, and goes through daily tasks easily. However, except for the battery life, we did not think the phone had a massive positive point going in its favor against its competition, which outguns it on many fronts. The Redmi Note 7 Pro and the Realme X (not to mention the just-launched Realme 5 Pro), that come with better overall performance and distinct design are definitely a headache for the Vivo S1. Even its recently launched cousin, the Vivo Z1 Pro comes with a better all-round performance, which means, the Vivo S1 has a fight on its hands. It has the looks, but we doubt if those alone will suffice in the jungle that is the Indian smartphone market.

Review Overview
Was this article helpful?
YesNo
TechPP is supported by our audience. We may earn affiliate commissions from buying links on this site.
Read Next
Skullcandy Mod Review: Betting on doing the basics well
#review #Vivo #Vivo S1 #Vivo Z1 Pro