Ever since Apple introduced the AirPods a while back, truly wireless earbuds have become a fad. Since more and more people want them, the majority of the brands making headphones have launched truly wireless pairs of earphones across various price segments. And that includes the budget segment too. Tagg, a well-known accessory brand in India have come up with their own version of truly wireless earphones, the Tagg ZeroG. 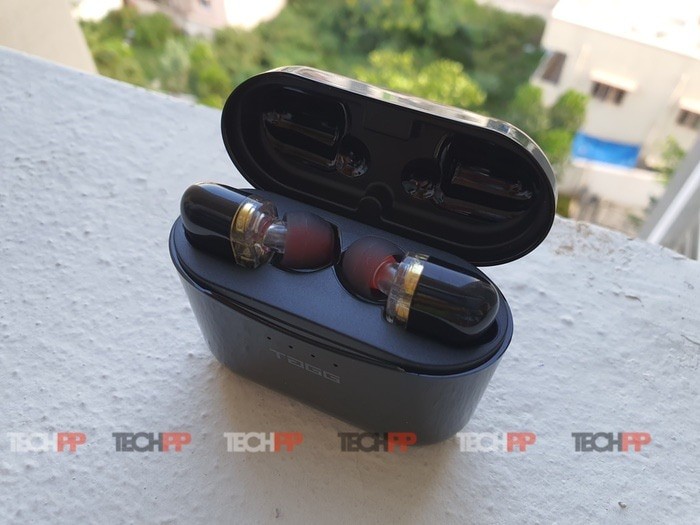 It caters to the price-sensitive Indian market where there aren’t a lot of options available other than ones from brands like Noise, Boult and some other generic rebranded pairs available online. While some may argue that the asking price of Rs. 4,999 is not exactly affordable, it still costs much lower than most options from Tier-1 brands while offering a similar experience. Let’s talk about the Tagg ZeroG in detail and tell you if it should be a part of your wish-list or not. 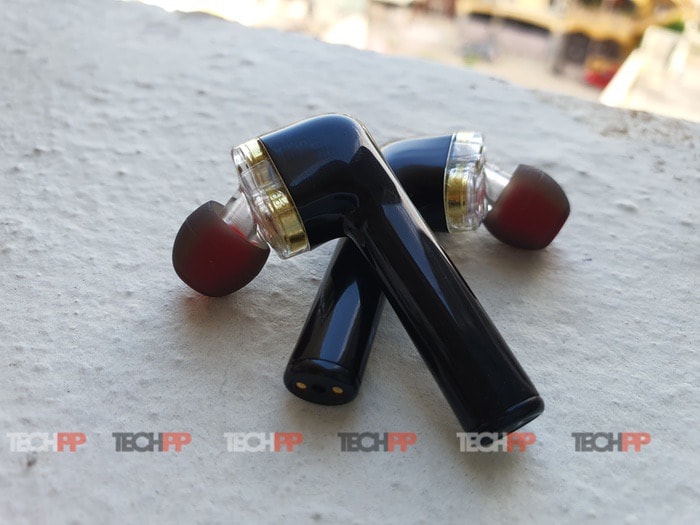 The Tagg ZeroG doesn’t score too high in terms of design and build quality. First off, the case is quite bulky when compared to other options and the poor ergonomics means you cannot easily fit into your denim pockets if you already have a phone/wallet in there. It feels plasticky but that’s something which can be ignored given the price point. The hinge is quite reassuring though. There are four LEDs on the front along with the Tagg branding, and a micro-USB port is present at the back. We would’ve loved it had the overall footprint of the case been more pocketable.

Coming to the earbuds themselves, Tagg has opted for a look that’s different from the usual set of earphones. The housing has a transparent window that might look appealing to some, but that’s totally subjective. The earbuds themselves actually feel solid albeit slightly large. They have contact pins at the bottom of the stem for charging, and a microphone on either side. Both earbuds also have a multicolor LED to indicate pairing status. While the case doesn’t boast of a great form factor, the earphones themselves look quite decent. 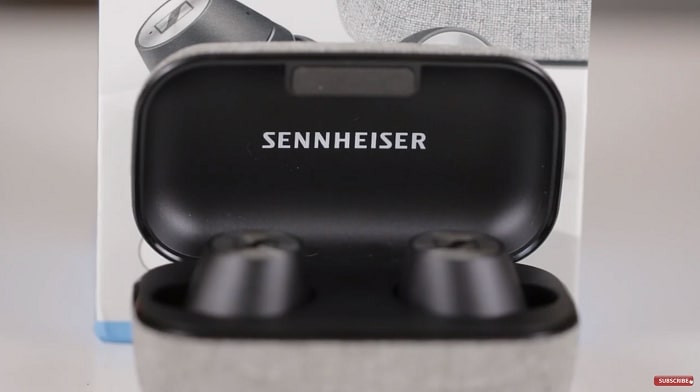 If you have your earphones on for a long period, you surely want it to be comfortable, right? Nobody wants an accessory that causes irritation when you have it on. The Tagg Zero G opts for an in-ear style design, meaning the earbuds sit right inside your ear canal and personally, that’s not something we prefer especially for extended usage. Again, its totally subjective and you may have a contradictory opinion. Some may even prefer in-ear style earphones for the isolation. The earbuds aren’t too heavy either, so they don’t necessarily strain the ears. If you’ve used in-ear style headphones before and you’re used to it, you will have absolutely no problem using the Tagg ZeroG. 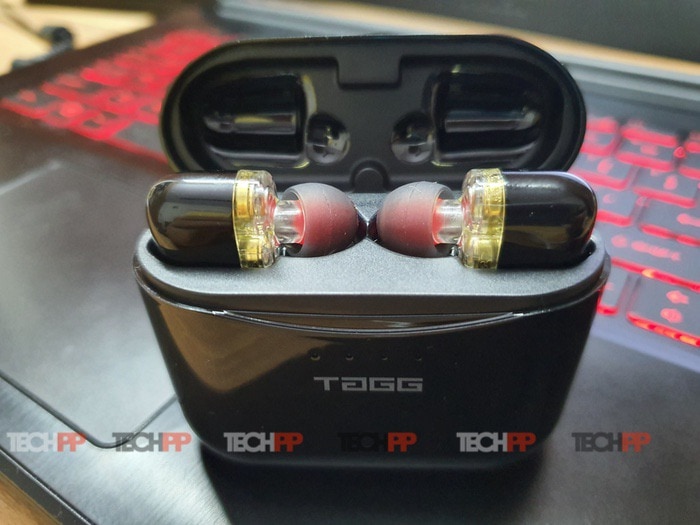 While it falls short in terms of design, sound quality is where the Tagg ZeroG hits right back. While we would have loved some extra bass, the sound output is pretty balanced and vocals are crisp and clear. If you turn up the volume to maximum though, you might feel that the sound is slightly piercing to the ears. Very high notes also sound slightly crackled, but when heard at moderate volume levels, the sound output is great. There’s no noticeable latency while watching videos/movies, but we suggest not using them for gaming.

If you plan on using the Tagg ZeroG for taking calls, the microphone onboard does a pretty good job, and hearing the other party isn’t an issue either. 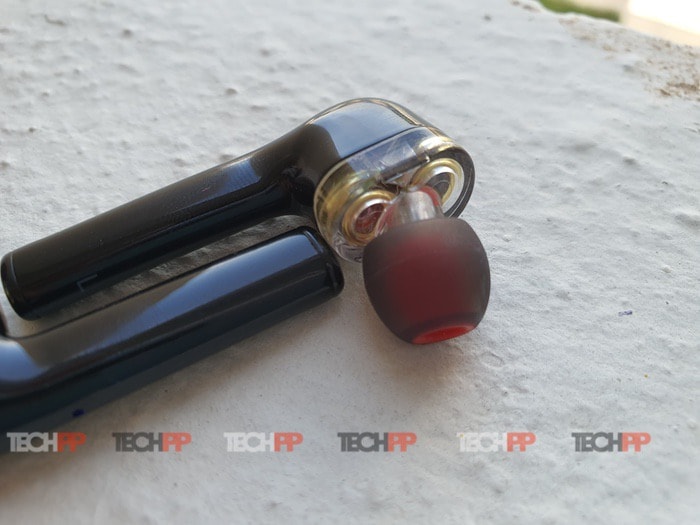 Operating the Tagg ZeroG is fairly simple. Opening up the case and removing the earbuds out will automatically turn them on and put them in pairing mode. Putting them back into the case will shut them off and charge the individual earbuds. Once paired for the first time, you just need to remove the earbuds from the case and they will automatically get connected to your smartphone. 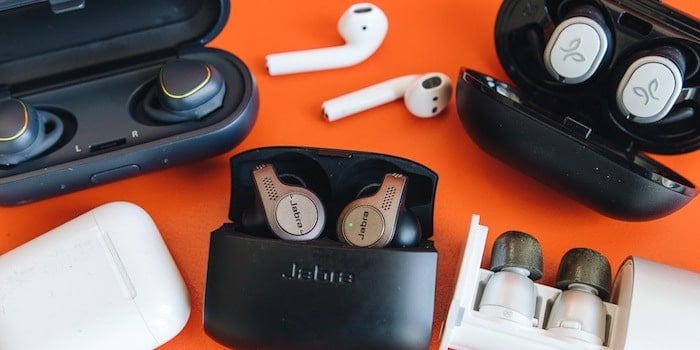 We were pleasantly surprised to see touch controls on the Tagg Zero G and it just makes the overall experience better. Both earbuds have touch controls with either side having custom configurations. To answer/end a call, you can tap once on any earbud. Single tapping any earpiece while playing a song will pause it. Double tapping on the right earbud will take you to the next track while doing the same on the left earbud will play the previous track. Touch and hold the right earbud to increase volume and to decrease, do the same on the left earbud. You can also launch the voice assistant by tapping thrice on any earbud. You do need some time to get accustomed to the controls, but once you get used to them, they’re surely handy. 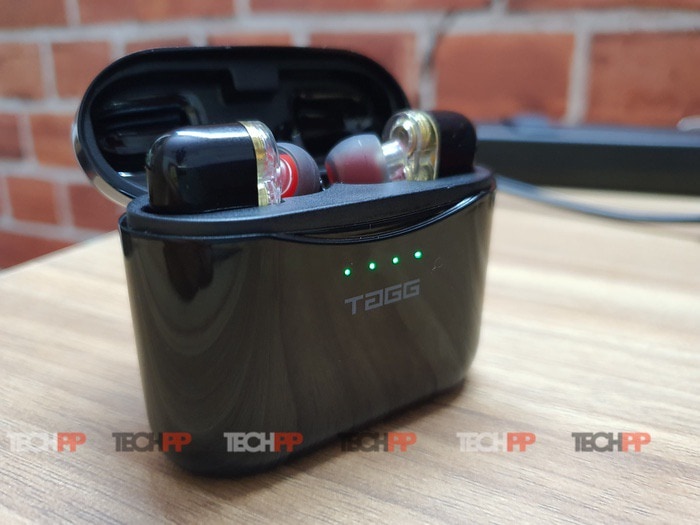 Generally, the battery life on truly wireless earphones isn’t the best since a large battery cannot be crammed into a small form factor. While the Tagg ZeroG doesn’t excel at battery life, we managed to get about 4 hours of playback time with volume levels ranging from 60-70%. The case can top-up the earbuds up to 4 times which means you can get a total playback time of about 16 hours on a single charge. The case charges completely in about 2 hours and the earbuds take about an hour to charge within the case.

Should you buy it? 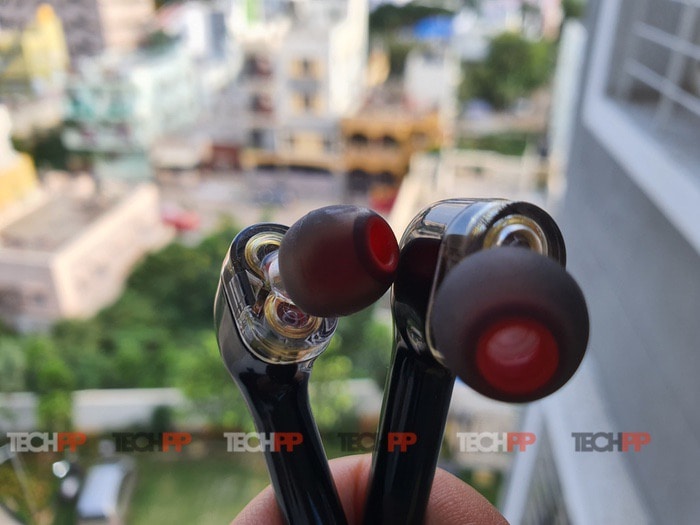 At a price tag of Rs. 4,999, the Tagg ZeroG is priced in between the first-gen and the second-gen OnePlus Bullets Wireless. Yes, the Bullets Wireless are not truly wireless but they offer superior sound quality, longer battery, and faster charging. If you can live with the neck-band design, then the OnePlus Bullets Wireless should be your primary option. If you are particularly looking to flaunt a pair of truly wireless earphones, the Tagg ZeroG offers good sound quality minus a little bit of bass, touch controls, and decent battery life. Keep in mind though that the case is quite bulky. Not really pocketable, but you won’t have any issues putting in your backpack. If you are on a budget and want to get into the truly wireless ecosystem, the Tagg ZeroG is a good place to start.