Sennheiser. A brand that most of us, if not all, would have come across in the audio equipment space. Be it earphones, headphones or microphones, Sennheiser has built a reputation for itself through quality products. One such accessory which we have with us here is the Momentum True Wireless earphones, and as the name suggests, these are a pair of truly wireless earphones, somewhat like Apple’s AirPods, which do not have any sort of cord or wire running between each bud. However, these come at a hefty price of Rs. 24,990 so they better be good, right? We tested them out so that you won’t have to, and this is what we feel about the Sennheiser Momentum True Wireless earphones.

Let’s have a one over with the aesthetics first. The Sennheiser Momentum True Wireless, I know the name’s too long, so I’m just going to refer to them as the earbuds henceforth. Anyhow, coming back to the exterior, the earbuds are solidly built and have a robust feel when held in hand. They’re constructed out of plastic though with what seems like a metallic top cover with touch controls which we’ll talk about in a bit. The earplugs are slightly angled so that they fit into the ear canal well. However, the exterior of the earbuds is slightly large for my liking, so when worn for an extended period of time, they start to hurt your ears which can get uncomfortable. They’re IPX4 rated splash-resistant so you can use them while you’re in the gym, but don’t dunk them in water. 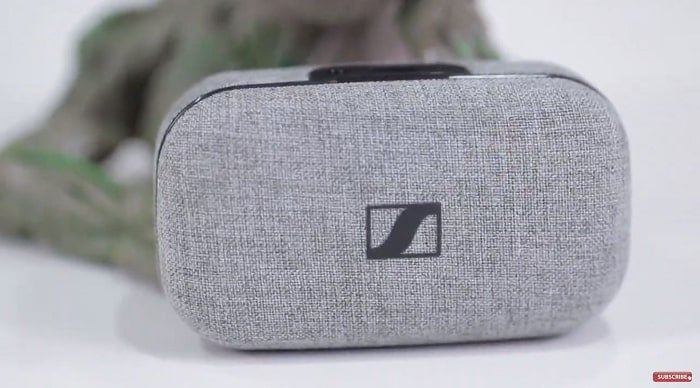 The fit is snug though, and the earbuds will not fall off even while performing rigorous activities. Each earbud also has an LED indicator at the back to show the connection status, accompanied by some golden contact pins which are used to charge the earphones inside the provided case.

The case itself looks aesthetically pleasing and has a layer of fabric all over giving it a premium look and feel. The earbuds snap in magnetically when not in use and the built-in battery charges the earbuds. The case itself can be charged through a USB Type-C port provided at the back along with a button and an LED to check battery status. The case doesn’t have a reassuring feeling though as there’s a slight flex when you apply force on either side of the hinge, but it should be fine if handled carefully in day-to-day usage. 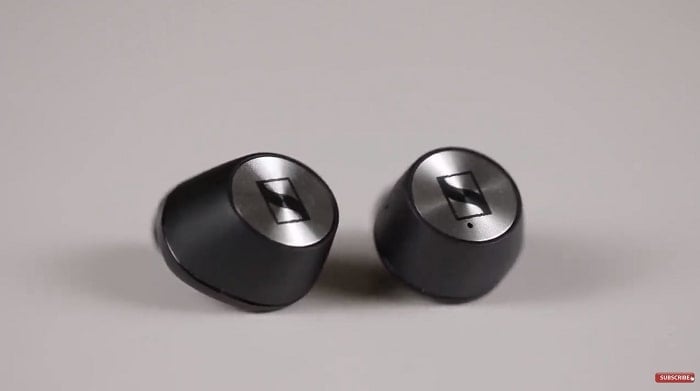 Let’s now address the most important aspect, the audio quality. If I have to explain it in a single word, I would say fantastic. There’s a right amount of bass and treble, so no overpowering or thumping beats which result in pleasant audio experience. The vocals are clear too, and the volume levels should be sufficient for most people. There’s even a built-in equalizer on the app which helps you tweak the sound as per your liking, and there’s support for Qualcomm aptX. Sennheiser has surely done some great tuning to make these sound as good.

If you watch a lot of YouTube videos like me, you won’t have any sync issues with these as there’s little to no latency thanks to Bluetooth 5. If you take a lot of calls though, these aren’t the best option as the opposite party often complained of unclear audio, especially in windy environments.

The earbuds link to your smartphone and can be controlled using the Sennheiser Smart Control app. Here, you can see the battery percentage of each individual earbud and also tune the sound using the equalizer. There’s also an option to enable transparent hearing which captures background noise using the onboard mic and amplifies it so that you can also hear things around you like traffic or someone speaking to you and you’re not entirely cut-off. This is a really useful feature especially while commuting since it makes you aware of your surroundings. Also helpful if you want to eavesdrop on some conversations. Just saying! 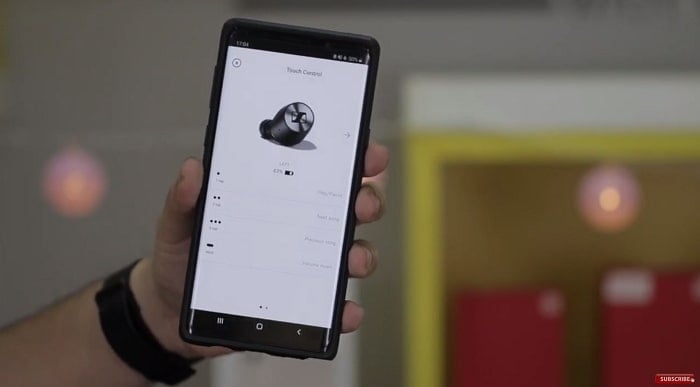 Remember I spoke about touch controls? You can use tap to play or pause and double tap to go forward or press and hold to vary the volume and all that good stuff. It takes some getting used to since there are so many controls on two tiny earbuds, but you get used to them pretty soon. There’s also an auto-pause functionality which means if you take the earbuds out of your ear, they automatically pause the music. Pretty neat!

Another feature, which unfortunately doesn’t work too well is that the earbuds are meant to turn off once they’re stored in the case, but that isn’t the case as I’ve had a few instances wherein the earbuds were in the case inside my bag, but I get a call, and it is automatically routed to the earbuds. Quite annoying to be honest, especially because it drains the battery on the earbuds even when you’re not using them. 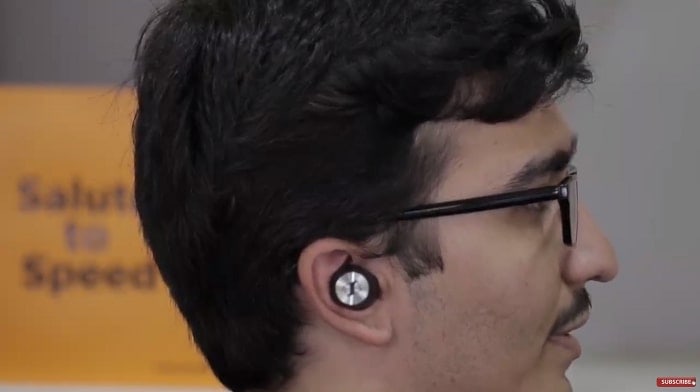 Talking about battery, the earbuds themselves come with a claimed battery life of 4 hours, and in our usage, the numbers on paper did translate to real-life usage to a large extent. The case can further top up the earbuds twice which results in an approximate usage time of about 12 hours on a single charge. Not as good as the AirPods, but it gets the job done. The charging time of the case is around 90 minutes which is pretty good too.

Now that we’ve mostly covered all aspects, what’s the final verdict about the Sennheiser Momentum True Wireless earbuds? Well, they sound absolutely great, they have some nice features, decent battery life, but they aren’t the best for calls, and the biggest deal-breaker for me is the fact that they’re just not comfortable to wear for extended periods. And by extended, I don’t even mean hours together. 45-60 minutes was enough for them to cause discomfort in my ears, and I’m sure that hefty price will cause some discomfort in your pockets too! 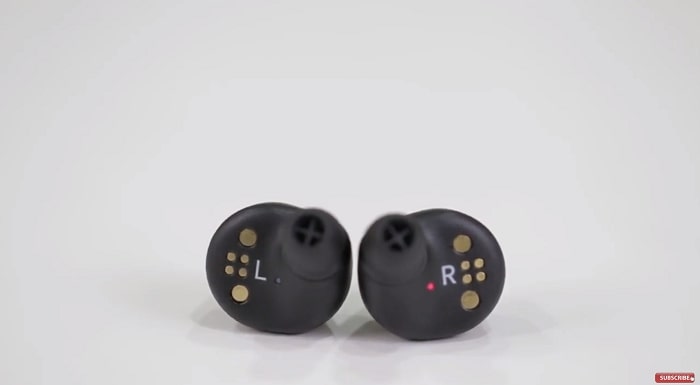 If you have the money though, and you care about high-quality sound and do not use earphones for a long period of time at a stretch, you can consider the Sennheiser Momentum True Wireless. If Sennheiser had managed to price these anywhere in the vicinity of the Apple Airpods, they would have been a sure-shot winner. At the current price though, there doesn’t seem to be a lot of potential buyers given that just great sound quality by itself doesn’t justify such a hefty price tag especially considering the shortcomings, and not to forget, the AirPods sell for half the price and the way they blend into Apple’s ecosystem is unmatched. The newly launched Galaxy buds too are much more affordable and come with a similar set of features if not the sound quality. Do let us know what you feel about these earbuds from Sennheiser and if you would buy them if they priced it lower!