Realme is on a roll launching new products every couple of weeks and while it was mostly smartphones until some time back, they have now forayed into mainstream accessories as well. We just reviewed the Realme Buds 2 a few days ago, and there’s now a wireless version of it too, the Realme Buds Wireless. 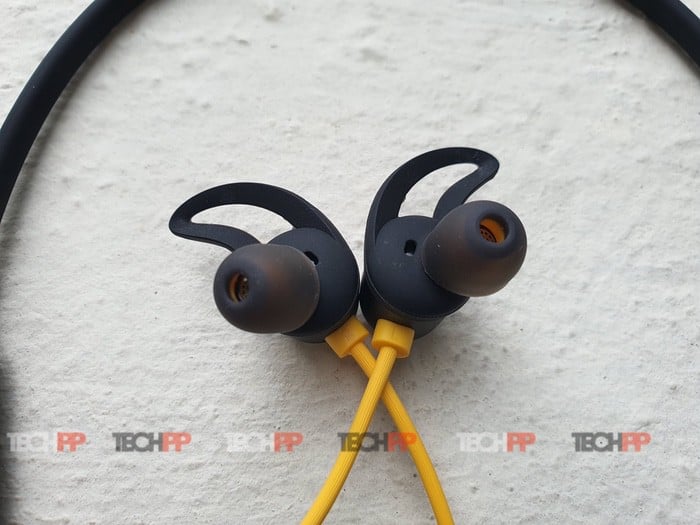 It follows the core philosophy of the brand, which is providing quality products at affordable prices, and it does it just right. We used the Realme Buds Wireless for around a week and even compared it to more expensive counterparts, and if we have to sum up our experience, in short, it’s fantastic!

Realme has been consistent with its design choices for its accessories and the Realme Buds Wireless follows the same tradition. Black and Yellow seem to be the constant theme going across the line-up of earphones from Realme and we are not complaining. The colors contrast each other really well and add a funky touch. There are green and red options as well. The neckband is quite robust and the housing for the in-line remote is metallic which makes it feel premium. The cords connecting the neckband to the earphones themselves are ridged, an indication that Realme has paid close attention to detail. The remote control module has buttons with yellow accents, which again adds to the overall look. 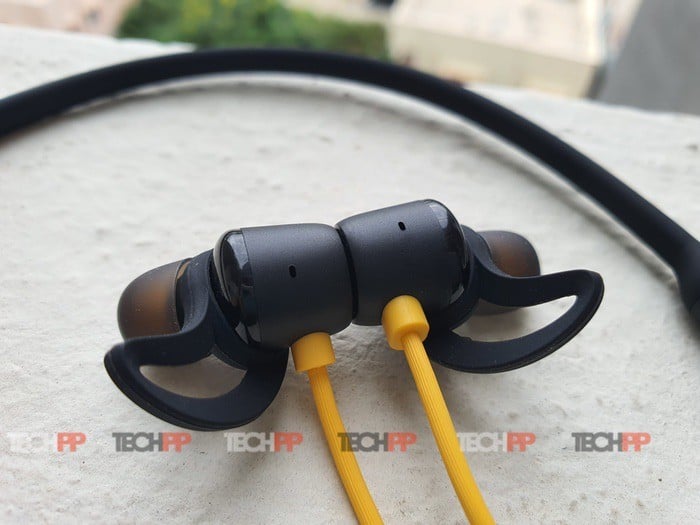 When worn, the Realme Buds Wireless are comfortable and do not feel heavy. They are not the most comfortable while running or performing rigorous activities, but so is the case with every pair of neckband style earphones. The housing is made of plastic with a matte finish and has the Realme logo. The two earbuds snap onto each other through magnets which not only makes it convenient to carry around but also serves a purpose which we’ll talk about later. The Realme Buds Wireless is IPX4 rated for sweat resistance, which means you can use them in the gym without worries, but don’t dunk them in water. 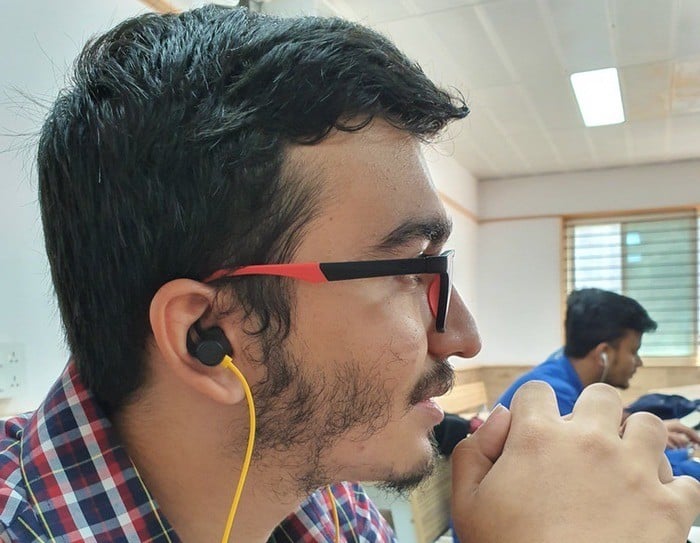 The neckband has a soft rubber outer layer which rests comfortably on the neck and does not cause any irritation. In fact, if you leave it on for some time, you won’t even realize it’s there! The earbuds come with replaceable ear tips and are accompanied by ear hooks that help keep the earbuds in your ear. The hooks are slightly larger than we would want them to be, but since they don’t particularly cause any discomfort, we’re not complaining. Personally, we’re not a huge fan of in-ear style headphones as they might cause irritation in the ears when worn for too long, but that’s subjective. If you have used in-ear headphones in the past and you know what they feel like, over an extended period, you are good to go.

Call quality, on the other hand, isn’t the best as the mic picks up some ambient noise, so the other party may find it hard to hear you at times. This is only in noisy environments. You should be fine taking calls indoors. 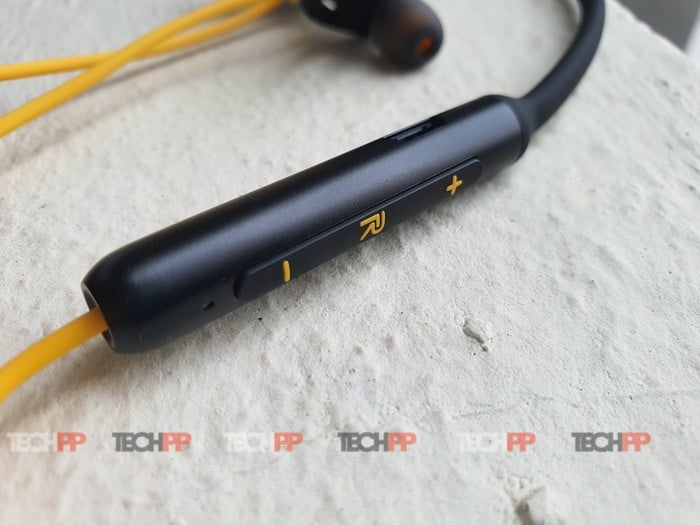 Once paired, you only have to attach/detach the earbuds through magnets in order to turn them on/off. Just like the OnePlus Bullets Wireless. This is extremely handy and quick. Also, attaching the earbuds while playing a track will pause it, and detaching them will turn them back on but not resume playback. The in-line remote has three buttons – Play/Pause, Volume Up, and Volume Down. The Play/Pause button can also be used to answer and end calls, and to skip tracks. The Realme Buds Wireless has a good amount of functionality baked into them which makes using them convenient.

Realme claims a battery life of up to 12 hours and while that seems far-fetched, we managed to get about 8 hours of battery on a single charge which is on par with most other neckband style wireless earphones. Charging the earphones, however, takes more than an hour, so make sure you keep them juiced up beforehand if you’re traveling. The Realme Buds Wireless Charges over a micro-USB port and while we wished it came with USB-C, we can’t really complain given the price tag of under Rs. 2,000.

The best pair of Wireless Earphones on a budget? 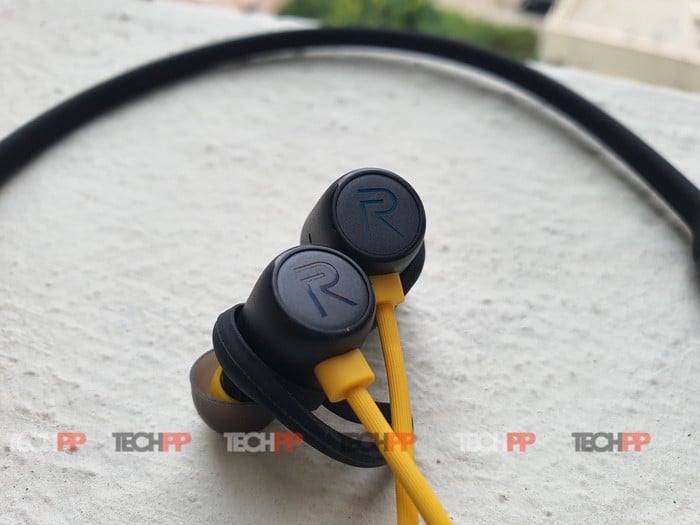 Certainly! The Realme Buds Wireless comes with an attractive design, great sound quality, is feature-packed and most importantly, they won’t burn a hole in your pocket. Compared to the first-gen OnePlus Bullets Wireless which costs twice as much, the sound quality is comparable, battery life is similar, functionality is almost the same and the only major difference we found was that the Bullets Wireless has fast charging which tops it up in about 15-20 minutes. Also, there’s no carrying case provided in the box with the Realme Buds Wireless which isn’t really a deal-breaker, but it would’ve been useful to carry the earphones around. If you are looking to get a pair of Wireless Earphones, the Realme Buds Wireless are the ones to go for.

Was this article helpful?
YesNo
TechPP is supported by our audience. We may earn affiliate commissions from buying links on this site.
Read Next
iQOO 11 5G Review: Does It End Your Quest for the Ultimate Smartphone?
#Realme #Realme Buds Wireless #review #Wireless Earphones