Smartphones in recent times, especially in the Indian market, have had a very generic approach. Fill the spec-sheet with heavy numerals and put a price tag that offers immense value. The Asus ROG Phone II, while trying to replicate a similar strategy, provides a package that’s more than just your ordinary smartphone. More than heavily relying on the specs, which are by the way top of the line, the ROG Phone II emphasizes on the whole experience of using a gaming smartphone. And it does it mighty well. If you are on a budget of about Rs. 40,000, let’s answer the question if the Asus ROG Phone II is the phone YOU should get. The key term here is you. And this review will address both types of you – The gamer you, and the non-gamer you. Let’s begin. 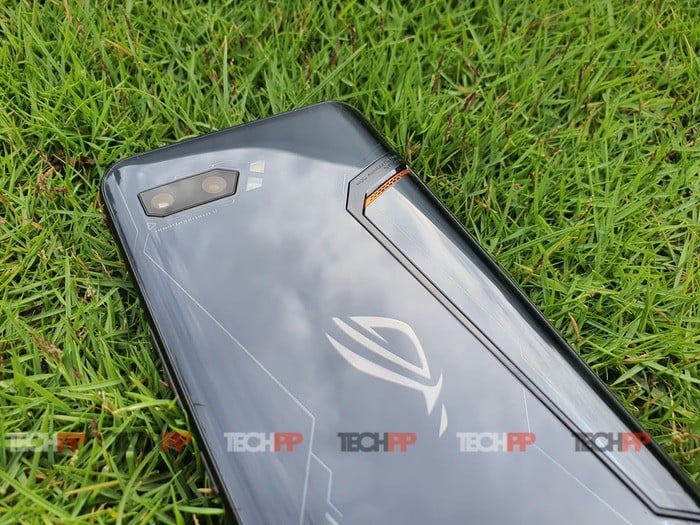 Not built for everyone

Let’s tell you this first up. A classy design and a sober-looking smartphone that’s easily pocketable. If that’s what you are looking for, you should technically stop reading further. The ROG Phone II is not for you. Not saying the ROG Phone II does not look attractive. It looks gorgeous. Only if you are specifically looking for a smartphone that screams “gamer” each time you or someone else looks at it. The bold ROG logo is lit (not sure if we mean it in the millennial sense), and the gradient lines mimicking a PCB surely add a pretty flare. The camera lenses aren’t arranged in your usual circular or rectangular housings. There are vents on the sides. In short, nothing about the design on the ROG Phone II is conventional. And frankly speaking, it’s a welcome move. We have literally lost count of the number of phones with generic blue glass backs. If you don’t mind the loud design, the ROG Phone II is a winner in terms of looks. 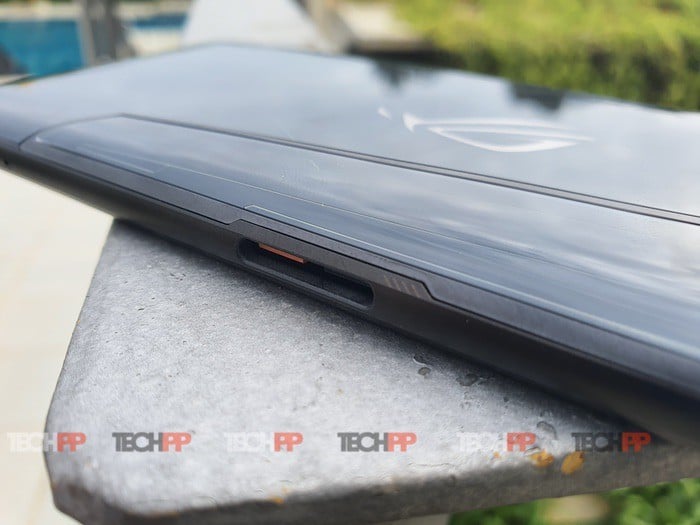 The way the phone is built is also incredible. It feels like a cold metal slab and while its substantially heavier than your average smartphone, the incredible battery makes up for it. There’s no way you can use it one-handed, and you will most probably need to shop for new denims since the pockets on your existing ones will not accommodate this brick in all probability. It’s even bigger than the Galaxy Note 10+ which already is a gigantic phone. It’s not as hard to use as the review might sound and you are bound to get used to it after a few days of usage, but it’s our duty to let you know what you are getting yourself into.

Gamers – You’re going to love it! Those RGB lights especially.

Non-gamers – You may not like it initially, but it will grow on you.

A Display to drool over

Having played games on higher refresh rates, it hertz to play on a slower panel. See what we did there? Gamers can surely relate! While it’s hard to explain what a 120Hz panel feels like in comparison to a 60Hz one through written means, we will try our best. Let’s imagine running a knife through a slab of butter right out of the refrigerator. Then imagine running in through when the butter is at room temperature. That should give you a rough idea about the difference a higher refresh rate makes.

The 6.6-inch 10-bit HDR 120Hz AMOLED panel is gorgeous to look at and use. And this is irrespective of whether you game or not. In fact, there aren’t too many popular games that support the higher refresh rate yet, so you will enjoy it more when scrolling through pages. Mind you it’s addictive. There were times when we unlocked the phone just to scroll between different home screens. Yes, that’s how satisfying it is! 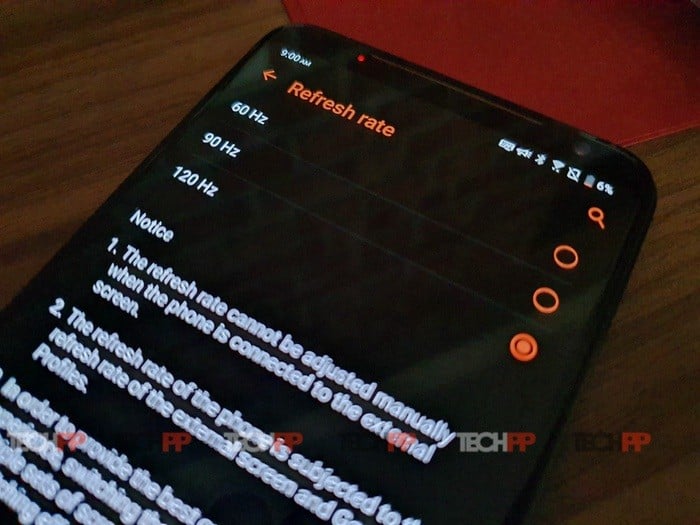 While the display is great, there’s no notch or punch hole or fancy pop-up mechanisms for the front-facing camera, which means you are let with sizeable bezels. If you are a gamer, you know this is essentially providing you extra room to rest your hands. If you are not, you are wishing the screen stretched a little more till the edges. The screen isn’t as sharp as other AMOLED-bearing flagships like Samsung Galaxy Note 10 or even the OnePlus 7 Pro. Having said that, using the display is a fantastic experience and you really need to use a 120Hz panel to realize how smooth it is!

Gamers – You are going to love it, just got to wait for more developers to support the higher refresh rate.

Non-gamers – You are going to love it too! 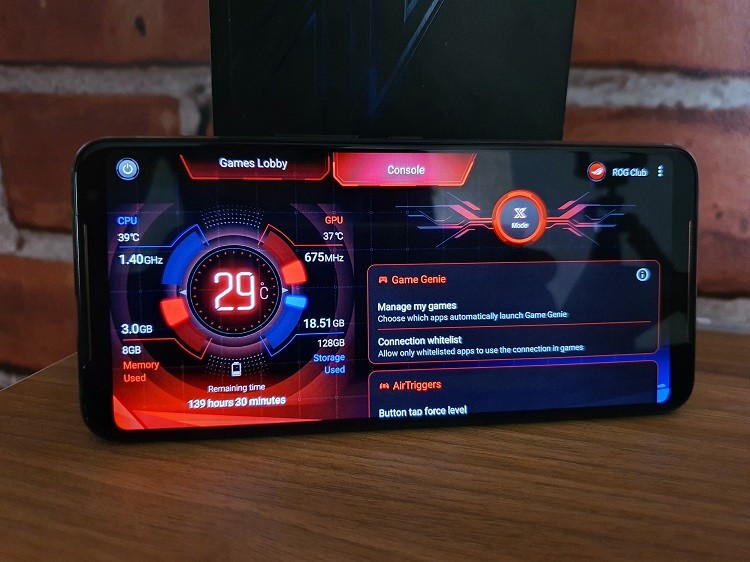 The Asus ROG Phone II comes with a Snapdragon 855+ chipset which is essentially the Snapdragon 855 with a slightly overclocked CPU. The base variant has 8GB of RAM and 128GB of UFS 3.0 storage. On paper, these are possibly the best numbers you can come across on any phone. And to a large extent, the excellent numbers do translate to real-world usage. This beast can run literally anything. The heaviest of apps, the most graphic-intensive games. There’s nothing on the Play Store that would bother the ROG Phone II.

While this mostly because of the high-end hardware, a lot of the credit also goes to ROG UI. The software experience is very close to stock Android with some useful tweaks. There is a dedicated dark theme which looks great. There is an entire section just with gaming-related features called the “Armoury Crate”. You can control the RGB lighting, interruptions while gaming, set custom profiles for each game, check the usage and thermal levels of the CPU and GPU, setup air triggers etc. It’s essentially a gamer’s paradise. 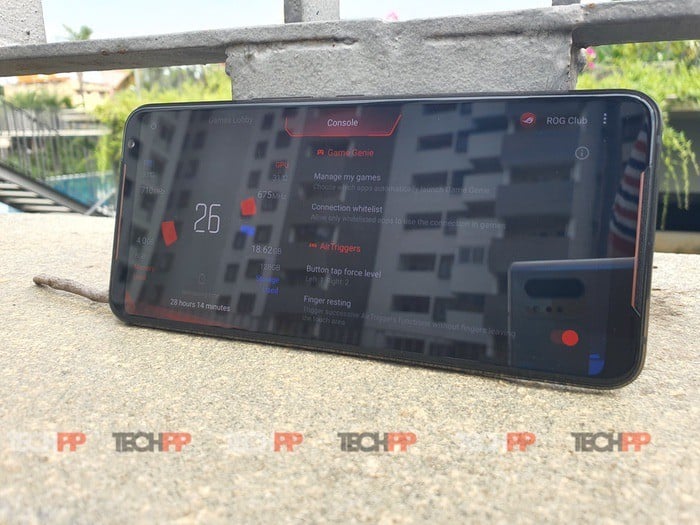 The air triggers can be mapped to any in-game buttons and if you play a lot of PUBG, you are going to have an (undue) advantage over your opponents. Regarding the performance of the game, well, there’s nothing you can complain about. While the global release of the game has max frame rate currently capped at 60fps, the Chinese beta has received an update to play in 120Hz which means it should be rolling out to the global version too pretty soon. If performance is on top of your priority list, you just can’t go wrong with the ROG Phone II.

Gamers – You can’t get better than this.

Non-gamers – You won’t need better than this.

But what about the cameras? 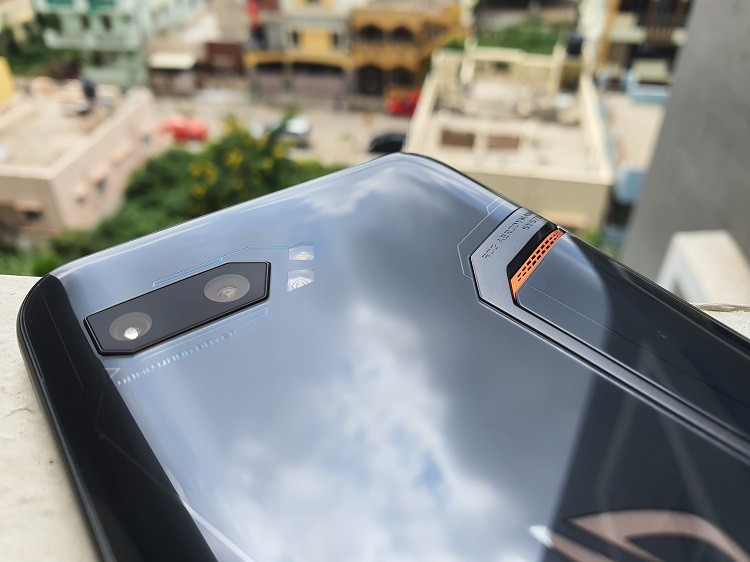 The one aspect that most gaming smartphones compromise on is cameras. We went in with the same expectation but were pleasantly surprised. The 48MP shooter on the rear does as good as any other flagship phone with the same sensor. This is technically the same setup like that on the Asus 6Z and that had a fantastic camera. In broad daylight, the ROG Phone II produces crisp shots with good colors. In low light too, images turned out quite good albeit noisy when slightly cropped in. Taking images of close-up objects in low-light was a little problematic since we encountered some focusing issues. There’s an in-built night mode which helps with denoising, but the images look slightly unrealistic with boosted exposure levels.

There’s also a 13MP ultra-wide-angle lens which again does a decent job in good lighting but suffers post-sunset. The good part is that you can use the night mode even for the ultra-wide angle lens which does improve the shots to some extent. Asus hasn’t skimped out on the selfie shooter either. There’s a 24MP sensor that does quite well with skin tones and edge detection. 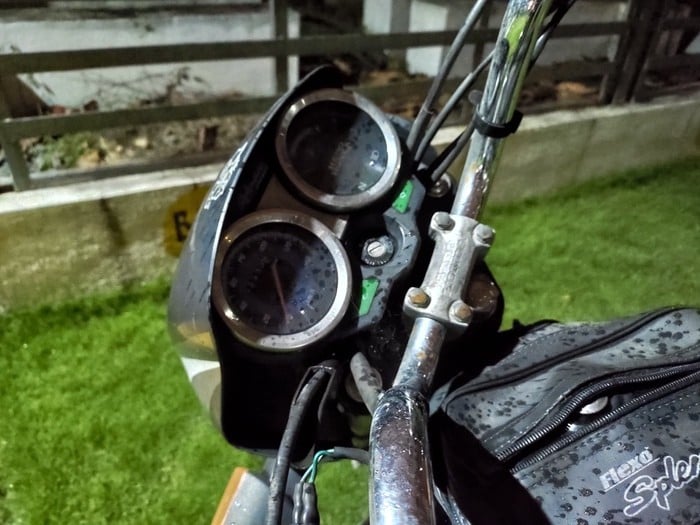 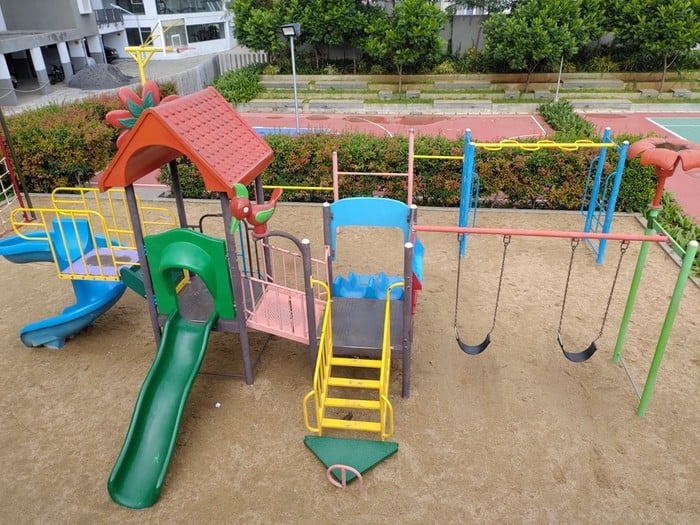 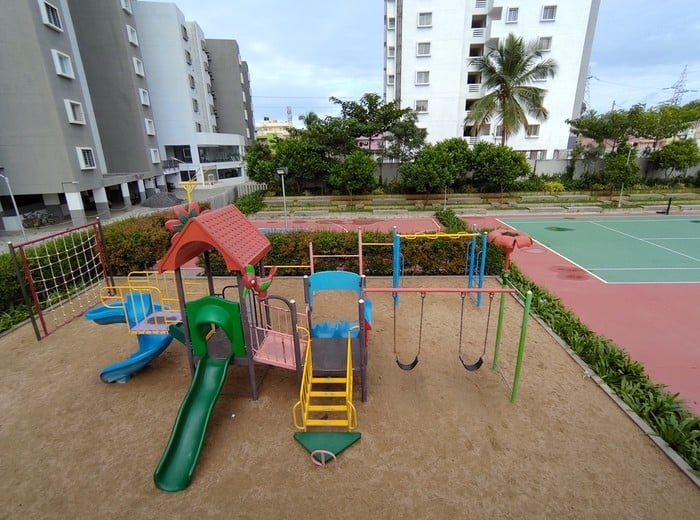 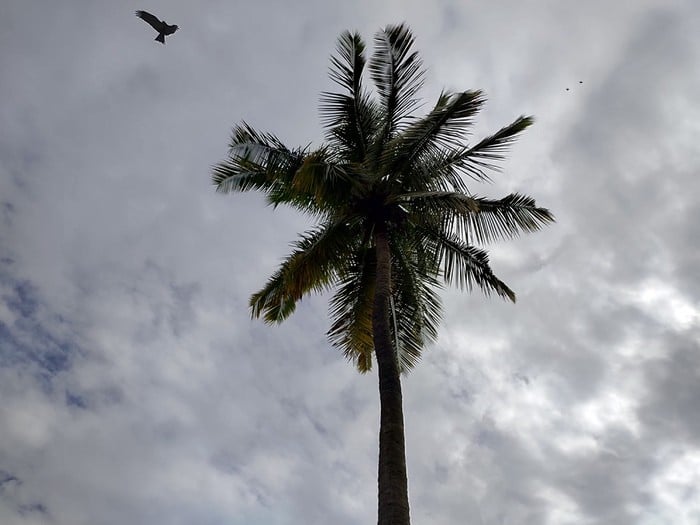 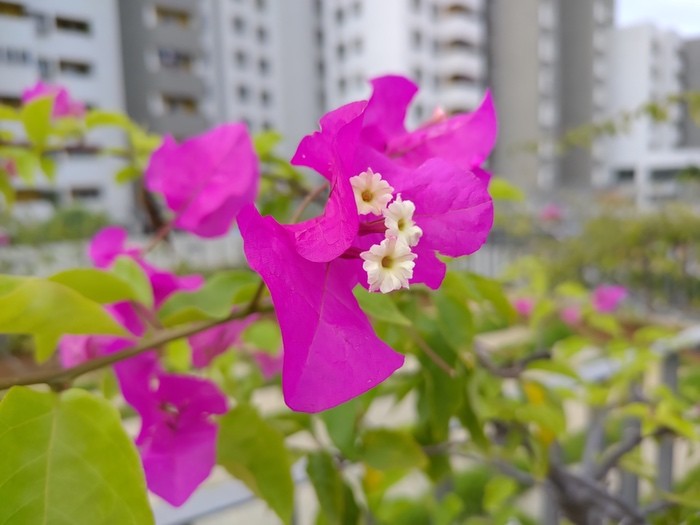 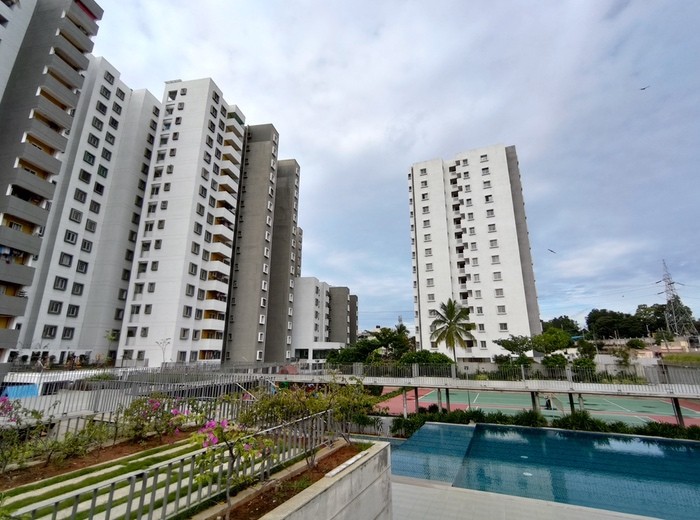 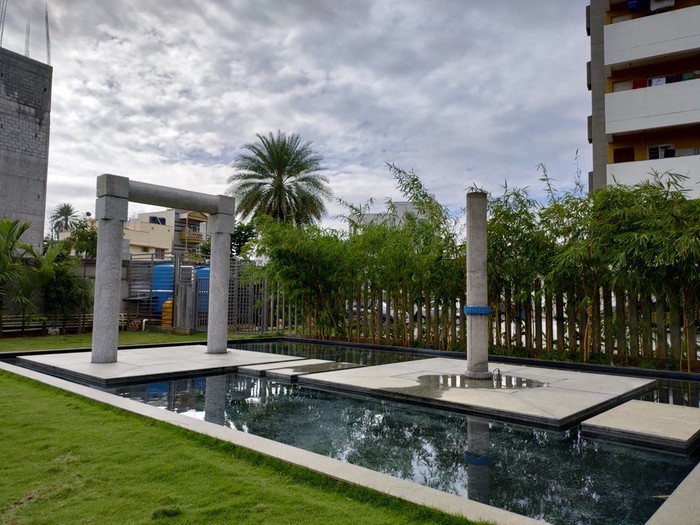 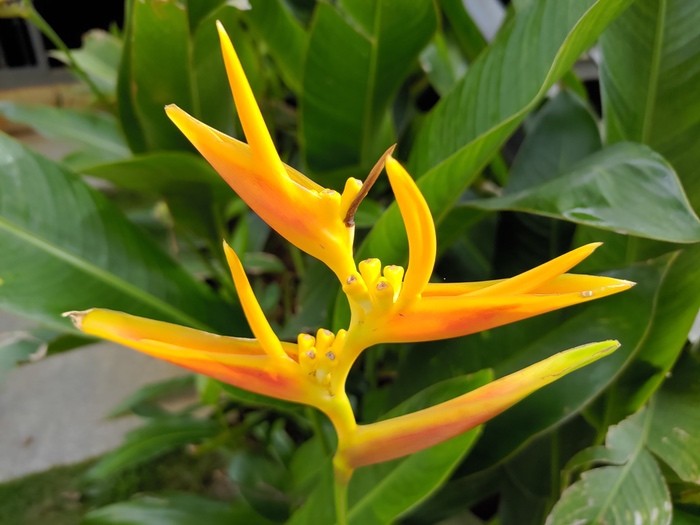 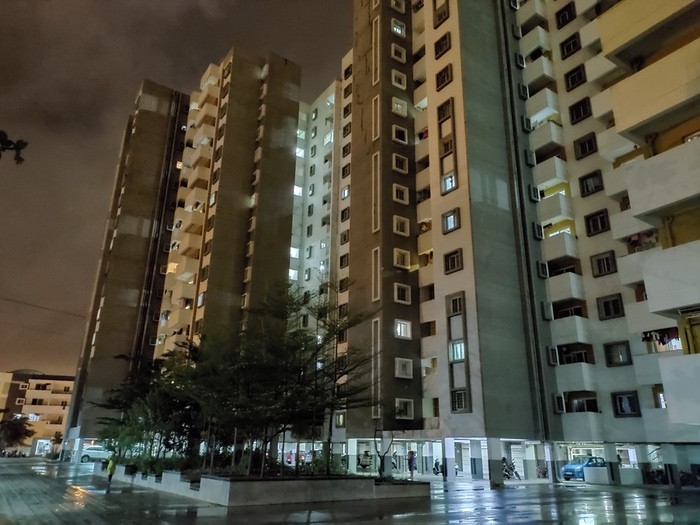 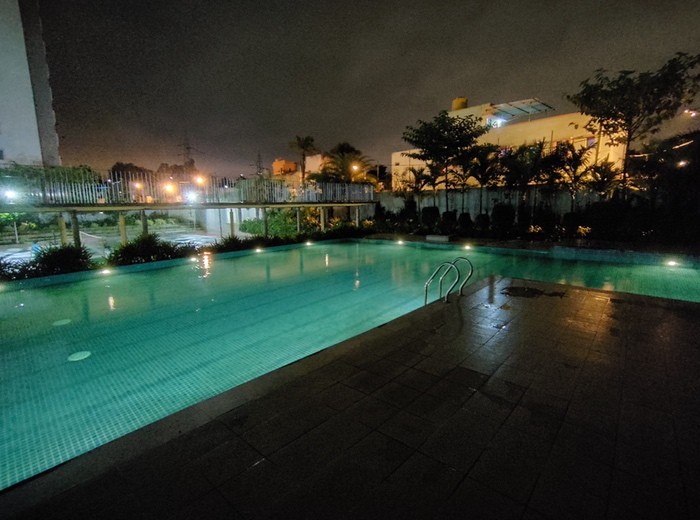 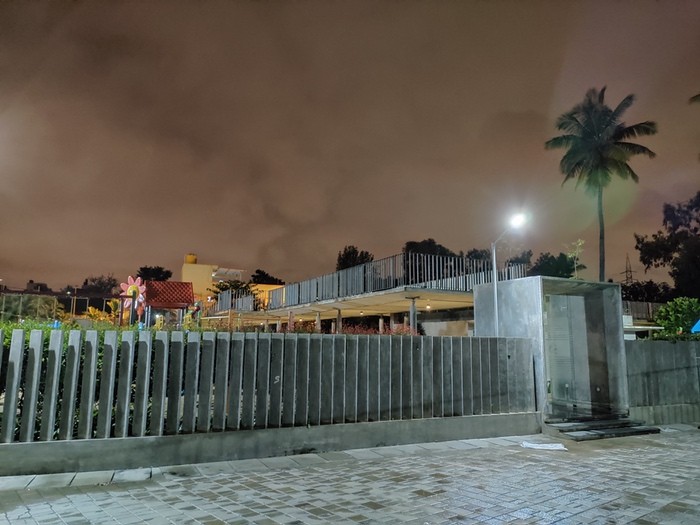 The verdict for this round remains the same for both categories of users. The cameras punch well above their weight and can certainly compete against other smartphones in this range.

How long does it last?

Just hearing about the capacity of the battery onboard the ROG Phone II will make people go nuts. The 6,000mAh battery, never written that in a review before, lasts up to two full days if you used moderately and you don’t play games. If you play a lot of PUBG, you can easily burn through hours of rank pushing at a single stretch. It’s a battery monster. The adaptor provided in the box, however, is rated at just 18W which seems low given the capacity of the battery is enormous. In our experience, the ROG Phone II charges from about 10% to 100% in around 3 hours.

Gamers – It’s a dream phone for playing long hours at a stretch.

Non-gamers – You can forget your charger at work not give a damn. Even over the weekend. 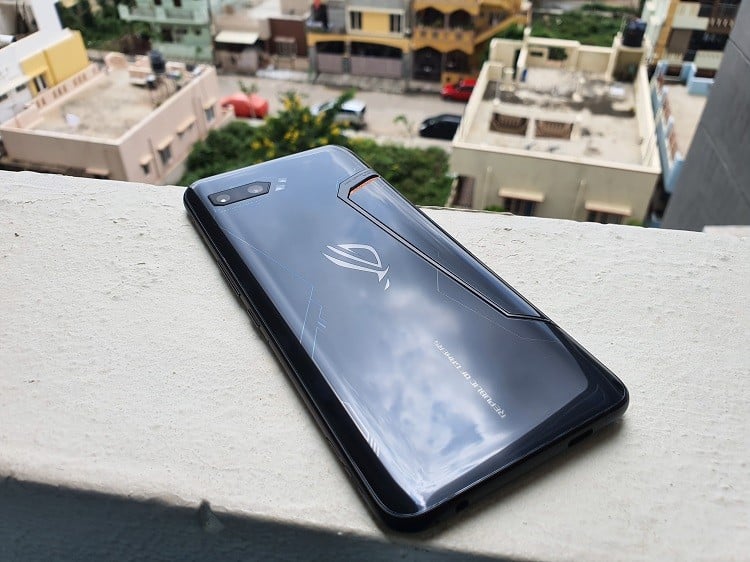 We spoke about the most important pillars that make a great smartphone. There are a few extras too that enhance the overall experience of using the ROG Phone II further. The front-firing stereo speakers are crazy loud. One of the loudest we have ever seen on any smartphone. There are some minute design elements that Asus has paid close attention to. The USB Type-C port at the bottom is placed to the side rather than in the middle so that it isn’t obtrusive while gaming. The headphone jack is still retained which is a huge plus for gamers. There are two additional USB Type-C ports on the side of the device which is used to attach multiple accessories including a dedicated gamepad, an aero active cooler, a PC dock etc. which can take your gaming experience to the next level. 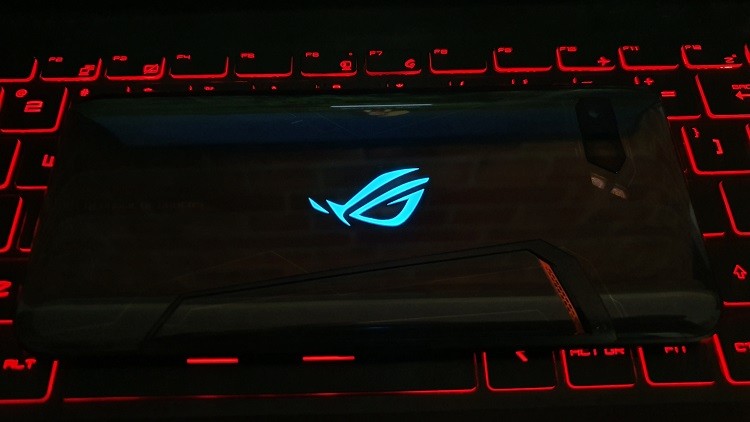 Asus clearly isn’t playing around (pun intended) with the ROG Phone II in India. The smartphone has been launched for a lucrative price of just Rs. 37,999 which considering everything that it offers is quite a bargain. The ROG Phone II is spec’d up as much as any phone could be and irrespective of whether you play games on your phone or not, the ROG Phone II feels like a phone you can’t resist buying. The performance is amazing, the 120Hz display is smooth as ever, battery life is nuts and you get a ton of gaming-related features and accessories if you’re into that sort of a thing. The OnePlus 7T launches on the same evening as the day this review goes live and is expected to come with similar specifications like the Snapdragon 855+, a smooth 90Hz display and triple cameras instead of two on this. Of course, that’s more of a conventional smartphone rather than a pocket PC that went overboard. You can wait for how that turns out before you make the final decision.

Gamers – Go get it right now.

Non-gamers – Go get it right now.

Was this article helpful?
YesNo
TechPP is supported by our audience. We may earn affiliate commissions from buying links on this site.
Read Next
iQOO 11 5G Review: Does It End Your Quest for the Ultimate Smartphone?
#Asus #Asus ROG #Asus ROG Phone 2 #review #ROG Phone