During its first day of the annual Snapdragon Tech Summit in Maui, Hawaii, Qualcomm has announced its three new SoCs that will be powering the upcoming smartphones in 2020. Although, besides their names, the company did not offer much detail about the new SoCs, and left it for an announcement over the next couple of days. The new SoCs called the Snapdragon 865, Snapdragon 765, and Snapdragon 765G, join the existing 8-and-7 series platforms, respectively, which include the current flagship, Snapdragon 855/855+, and two mid-rangers, the Snapdragon 710 and Snapdragon 730. Alongside the new SoCs, Qualcomm has also announced a new 3D Sonic Max fingerprint scanner that promises to offer better performance with improved security. 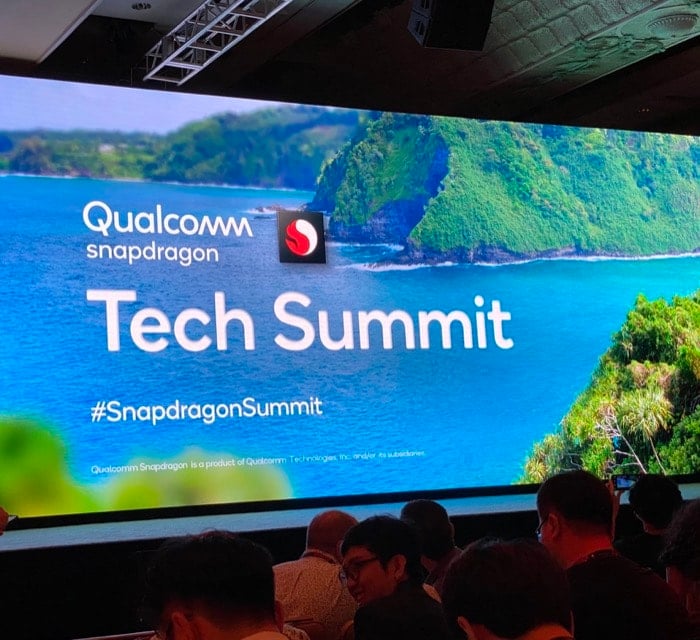 With a focus on scaling 5G and AI in 2020, Qualcomm has introduced the new SoCs with support for 5G, with the top-of-the-line Snapdragon 865 packing the Snapdragon X55 Modem-RF System, which Qualcomm says is the world’s most advanced 5G platform that will offer improved connectivity and better performance on the upcoming flagship smartphones. And, the Snapdragon 765/765G packing integrated 5G connectivity with AI processing and select Qualcomm Snapdragon Elite Gaming experiences. What’s interesting is that, according to Qualcomm, the new SoCs will be powering the upcoming smartphones next year, irrespective of whether the users are on 4G or 5G. 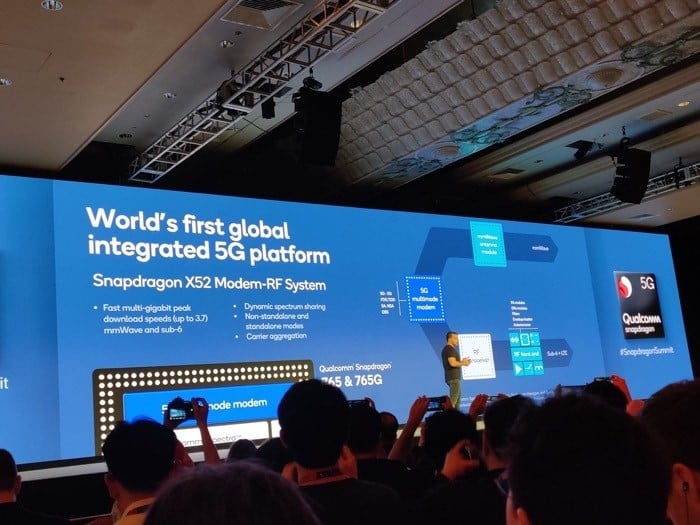 From what has been revealed so far, the flagship Snapdragon 865 offers up to 200MP camera support, 8K 30 fps video recording, 2 gigapixel per second ISP processing speeds, and HDR10+. On the connectivity front, it brings support for standalone (SA) networks along with non-standalone (NSA), mmWave, and sub-6GHz in FDD frequencies. On the other hand, the Snapdragon 765/765G promises up to 3.7 Gbps speeds with support for mmWave and sub-6GHz frequencies along with SA, NSA, CA (Carrier Aggregation), and DSS (Dynamic Spectrum Sharing), and 4K HDR shooting capabilities.

In addition to these SoCs, the company also introduced Snapdragon 865 and Snapdragon 765 modular platforms, which, according to Qualcomm, “will offer an end-to-end strategy to help scale 5G, while keeping the development cost low and commercializing the products for mobile and IoT devices”. 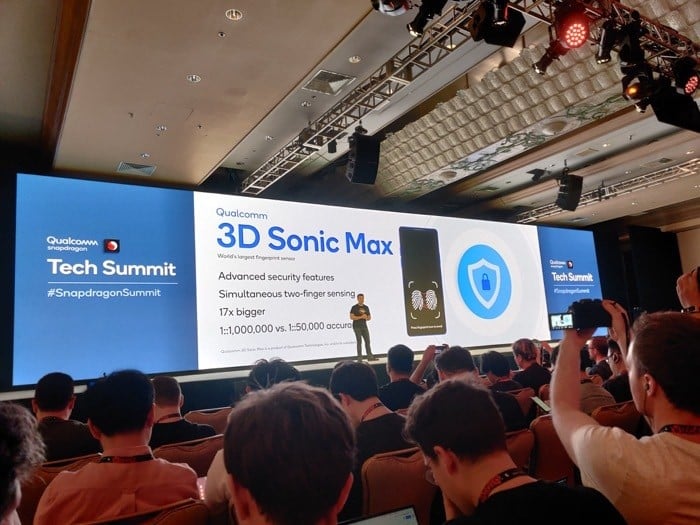 Besides these, Qualcomm has also unveiled a new under-display fingerprint technology. Called 3D Sonic Max, the technology builds upon the existing 3D Sonic Sensor from last year and includes a few improvements. The highlight of the new sensor is that the recognition area is now up to 17x larger than before, which allows for two-finger authentication simultaneously. The bigger area makes it easier for users to unlock their devices much faster as they have a larger area to work with. And the two-finger authentication (over single finger authentication) further adds to the device’s security.

As already mentioned, Qualcomm will be revealing a detailed look into these new SoCs over the course of the next few days. So stay tuned for further updates.

Disclosure: The Editor of this blog is in Maui, Hawaii, on Qualcomm’s invitation.