After showing off the design for a foldable OLED prototype last year, Lenovo has today introduced the concept in the form of a device with a new form factor, at CES. Called the ThinkPad X1 Fold, the company touts the device as the world’s first foldable PC that will deliver the efficiency of a laptop with the portability convenience of a smartphone. What’s more, the laptop will also come with an optional 5G connectivity, which will further offer the ability to work on-the-go wherever and whenever required. 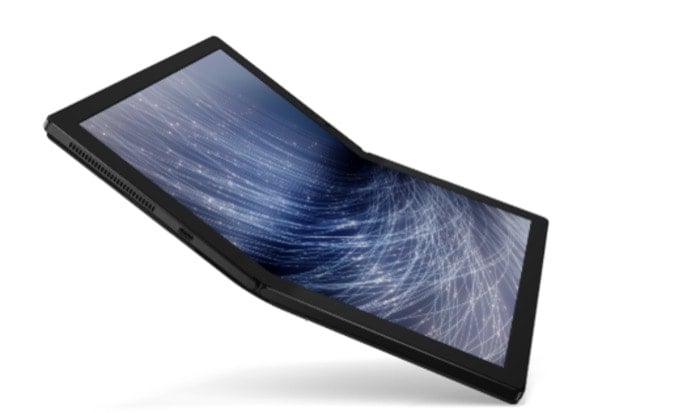 As already mentioned, the Lenovo ThinkPad X1 Fold comes with a foldable form factor that morphs into either a small footprint device like a smartphone or opens up to full-fledged PC experience. Lenovo says it has used lightweight alloys and carbon fiber to create the X1 Fold to offer durability and reliability to its users. Further, it has also provided a leather folio cover to give it a distinct and premium look and feel in hand. When unfolded, the device features a 13.3-inch pOLED display with a 4:3 aspect ratio, a 2048 x 1536 pixels screen resolution, and weighs in at 2.2 pounds.

The X1 Fold allows users to use it in the landscape mode (with the integrated kickstand in the folio case) to view and annotate documents. In addition to this, users can also use the Bluetooth Mini Fold keyboard (sold separately) in the landscape mode. Similarly, the device can also be used in the portrait orientation to take notes or draw using the Active Pen, among other things. Besides being used in landscape and portrait orientation, the X1 Fold also offers the ability to use it as a laptop (half-folded) to further leverage the two screens and perform various multitasking activities. 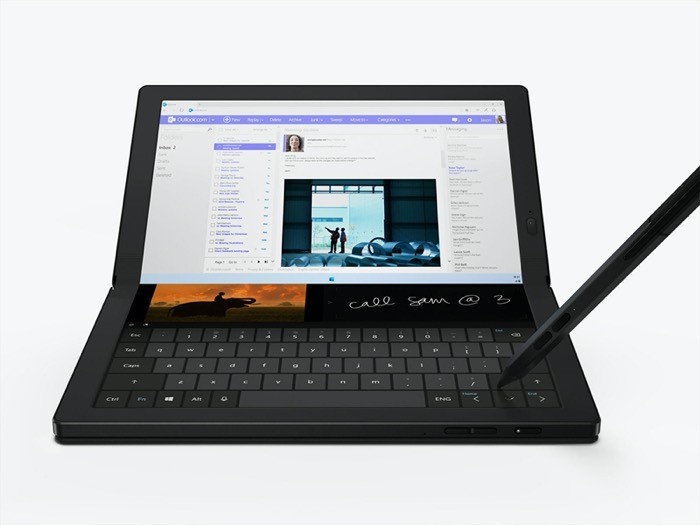 The ThinkPad X1 Fold is co-engineered with Intel, and therefore, is powered by a new Intel platform that uses the Hybrid Technology. On the software front, the device is expected to run on Microsoft’s Windows 10 Pro initially, with a custom Lenovo skin on top (possibly Windows X version) rolling out later. Besides this, the company has not yet revealed any more specifications for the device’s internals. So we can expect them to show up sometime close to their launch.

The Lenovo ThinkPad X1 Fold comes in two models, with the one running on Windows 10 carrying a price tag of $2499 and expected to be available in mid-2020, and the other running Windows 10X expected to arrive at a later date.

Was this article helpful?
YesNo
TechPP is supported by our audience. We may earn affiliate commissions from buying links on this site.
Read Next
Lenovo Legion 5i Pro Review: Legion Or Legend?
#CES 2020 #lenovo #Lenovo ThinkPad X1 Fold