Diwali is just around the corner and along with some deals and discounts, the season also brings festive ads. Realme has also seized this opportunity and introduced a couple of new Diwali ads to highlight its products. The two ads do not seem like they are a part of the same campaign (the presentation style is different), but come under the festive theme umbrella.

The first ad, “The Bond Between Brothers” is two minutes long. It shows how the life of two flatmate-cum-friends changed due to Covid-19.

The ad starts with a montage of empty streets and roads which then goes on to show people with masks, in isolation and sanitizing. These visuals were coupled with text that highlighted how things changed around us during this year because of the pandemic. After this, a man walks into a room, and text on the screen explains that Realme has decided to bring a few chosen ones closer to this festive season. The question “what did you miss the most during lockdown?” appears on a dark screen and then it goes back to the man.

He answers how he and his flatmate followed a certain ritual while watching a match and how their premier league team never lost a match when they followed it. Now that his roommate has had to go back home before the lockdown, their team has lost the last two matches. He then confesses how he misses him. The text then mentions that Realme has something special planned for him. A fast-paced video then shows two people arranging a Realme smart SLED TV on a wall. They then invite him to another room and play a video message on the TV that features his flatmate.

As the video on the TV ends, his friend/roommate surprises him as he steps into the room. As the two greet each other, the ad ends with text on the screen reading, “This festive season let Realme smart TV bring you closer to the people you love” and “Connect for real Diwali” followed by a picture of different smart TVs by the brand.

And mum misses her son

The second ad, “Connect for real Diwali” is a four-minute-long spot that features a story of a mother who lives away from her son. The ad starts with a woman teaching calculus to a young adult. While teaching she calls him by her son’s name by mistake. As the young man prepares to leave, the woman’s (Realme) phone starts ringing. He picks it up and helps the woman with the phone and how to use the other devices like a (Realme) smartwatch and (Realme) true wireless earbuds with it. The idea of Diwali seems to fill her with sadness because her son would not be there with her to celebrate it.

The woman then goes on a walk with her phone, earbuds, and the watch, with a very melancholy song about missing people playing in the background. While she is out, she gets a phone call from her son. Without hearing him out (and rather abruptly), she tells him not to come home for Diwali and that she will take care of herself. When she comes back home, she finds photos of her and her son playing on the (Realme) TV. The room then lights up and her son steps into the room. The ad ends with the mother-son duo celebrating Diwali together followed by someone taking a picture of the two on a Realme smartphone.

Bond between brothers…but not with the viewers 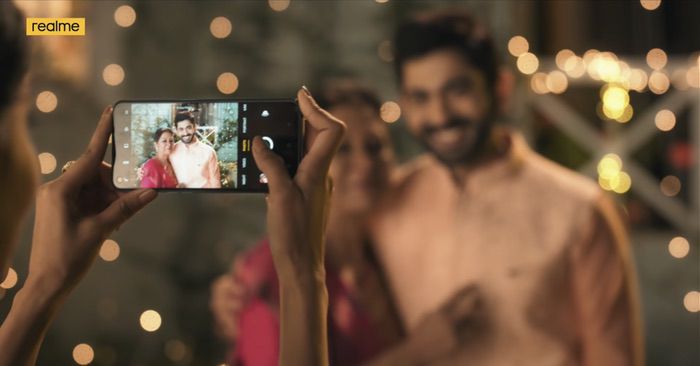 We think Realme tried really hard to get us all emotional with these two ads, which is always a good move. However, both the ads left us wondering why the brand created them in the first place. Especially the brothers bonding over the TV ad. The sentiment was really weak and it failed to highlight the product either. The first ad, “The Bond Between Brothers” was two minutes long, which is more than enough time in the ad world to get a message across, and somehow Realme still did not utilize all that time well.

To highlight a smart TV during this time when people are in isolation, Realme used a story that was really flaky and failed to stir our emotions. It tried to reel in Covid, the festivities, and the emotions, all of which could have been the components of a winning ad, and yet somehow even with all the right ingredients, the end result turned out to be quite…flat. There was a sea of options and Realme picked up a dead one. The brand could have used a similar strategy to show how TV makes people feel less lonely in environments where people are actually struggling with isolation like old age homes or shelters.

The biggest fail of this ad was how it showed the TV being used. It literally played a video of the man’s friend on the TV, something we are sure they could have very easily done on their smartphone – indeed, some might wonder why the friends were not keeping in touch over their phones, given how utterly separated they seem to sound in the ad. The ad got so very lost in building the story and failed to give appropriate attention to the product. It did not commit to the product at all and hardly highlighted any of the USPs or features. 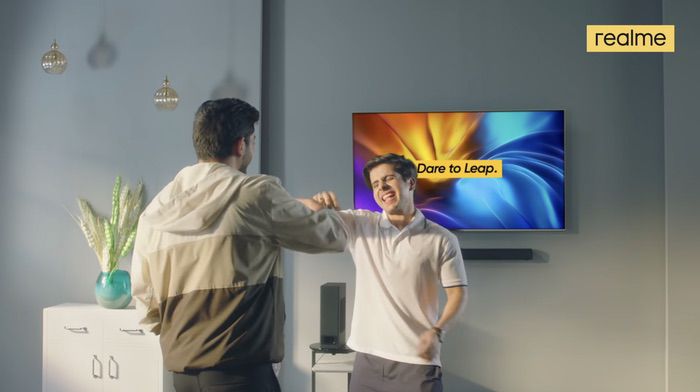 The second ad was slightly better than the first one in this regard. Even though both the ads were extremely stretched, at least the second one did take some time out to bring the products in the limelight. It did highlight the design of the smartphone, the activity feature on the watch, the wireless experience of the earbuds. That said, this was a better ad only when compared to the first one. On its own, this one was a bit of a letdown.

This ad came with a tried and tested base– an old mother missing her son who lives far away in the festive season. This is as touching as ad concepts come. But because the execution of the ad was stretched out, even this one did not have quite an impact as it would have if it had been shorter.

Er…there’s a pandemic, or isn’t there?

We would also like to point out that while the pandemic does seem to be referenced in both ads, there are virtually no precautions being taken by anyone. People walk into a person’s place without masks and install a TV. The old lady takes a walk outside without a mask, and teaches a student in close proximity, even though she would be particularly susceptible to the virus. And in both cases, people drop in for surprise visits with no sign of any precautions (masks or quarantine). Yes, we know about the creative license, and we can be accused of being pedantic but…come on! We have seen other brands factor in the pandemic, which is now a part of our lives – here it seems to be in the background but all precautions have been wished away. 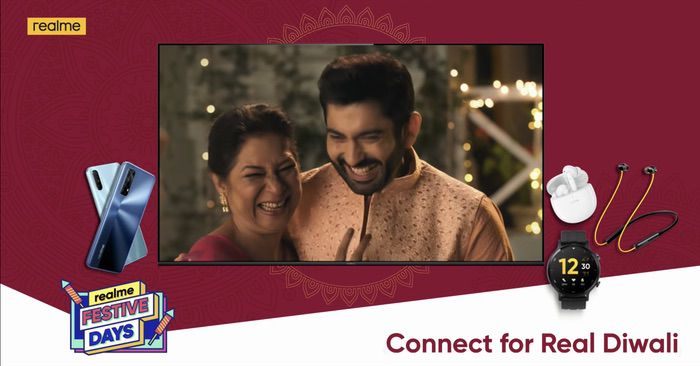 Realme had the opportunity to utilize the pandemic and the festival season to highlight how the technology from the brand has helped people or how it is bringing happiness to its users during these difficult times. Even with all the right makings and intentions, the brand somehow managed to deliver a really substandard result. None of the two ads worked as they should have.

While the TV ad was a disappointment, in particular, we think “Connect for Real Diwali” had a lot of scope to be better. Both the ads were very flaky and while they tried to use the emotional appeal, it did not really work – the ads were simply too long and seemed to drag. Realme had six long minutes and in those six minutes, it did not really feature or highlight its products as it could have. And to be honest, did not even get us sentimental.

Realme has been in the market for some time now and has had a few shots at traditional advertising. We have not seen a really great ad from the brand and we were hoping the festive season would change this. These two ads, unfortunately, fail to do that.

They may be about the festival of light, but they are not lit. Not really.

Was this article helpful?
YesNo
TechPP is supported by our audience. We may earn affiliate commissions from buying links on this site.
Read Next
Realme 10 Pro+ 5G Review: Good Phone, But the Camera Could Be Better
#Diwali #Realme #Tech Ad-ons