Tech advertising in times of Covid-19: Not just about pushing products any more

The age of hard sell is suspended

The world is dealing with a pandemic and it has totally disrupted daily lives and businesses. The tech industry has not been spared. From cancelations of events and launches to a sudden halt in sales in some markets, many tech segments have taken a hit. And so has their conventional advertising. But just like there’s a way, there is an ad too, wherever there is a will. Tech giants are still releasing ads, only they are a little less product-centric than they used to be. We look at five ads from major tech brands and how they are advertising in times of Covid-19.

Creativity goes on and there’s hope

Apple is one of the brands that has released an ad during this difficult time. “Creativity goes on” is a minute and a half long ad. It features photographs and small video clips of different people under lockdown at home. Different people of different ages, gender, color, and race (one of whom is Oprah Winfrey) are seen learning things, doing things on different Apple devices ranging from iPads to Macbooks to iPhones. But these devices are not in the foreground, people are.

An ad warming hearts around the world is “Where there’s help, there’s hope” by Google. The ad shows the kind side of the world during these tough times. It shows how people are trying to help others and looking for ways in which they can take care of their community and the people around them. The ad features Google’s search box and shows different questions being typed in it. After every question, a series of small video clips appear on the screen, basically giving an answer to the question asked. For instance, if the question is “how to help the elderly,” the video clips following the question will give you a kind, heartwarming answer by sharing how people are taking care of the elderly in these times.

Vivo, unlike others, has focused the minute it had on the screen by appreciating and saluting the doctors that are fighting the Covid-19 battle. “Vivo Salutes #HeroesWhocare” is exactly what the title suggests. The ad shows a series of small video clips and photos bundled together with a monologue in a child’s voice which highlights how health workers are the real superheroes during this difficult time. It is more like a tribute than an ad to be honest because it does not feature any Vivo product and its only aim is to applauding the medical community.

Another brand has got into ad mode is YouTube, with an ad called “#StayAtHome and help save lives #WithMe”. The minute-long ad features popular Indian YouTubers, telling viewers how they can learn different things even while staying at home. From working out, cooking, eating, singing, and others, the video clip gives you a glimpse of all things one can learn during the lockdown period by staying at home. And can save lives while doing so.

“Our students are calling” is a minute and a half long ad from Lenovo India that features a montage of different students, in different classrooms across India, calling out names of their teachers from a register (rather than the other way around), only to see no response. The ad then shows that India has a shortage of nearly one million teachers and how Lenovo SmarterEd can connect those who want to learn to those who want to teach online. It then brings in the Covid-19 angle and how the world has changed over the past few weeks and how the service is more relevant than ever. In the end, it also asks the viewers to register as teachers if they want to make a difference.

Google and Apple get sensitive

In all of these ads, if there is one thing that is common, it is that these are more about humans than about products or services, which is not really how most advertising used to be prior to the pandemic. The ads are sensitive towards what the world is going through at the moment and are not pushing a commercial agenda, loud and proud in our faces. Only the Lenovo ad of the five has tried to push its product, as opposed to the other three which have placed their product in the background. Vivo, in fact, has completely left all of its products out of the picture.

Out of the five ads, we loved the Google and Apple ads (in that order) the best. Both had a minimal focus on products and maximum focus on people and communities. While Google showed much-needed stories of kindness from across the globe, Apple, on the other hand, showcased how no matter how difficult this time maybe, you can get through it with a little help. Both ads had just the right amount of product in them but never allowed them to take center stage. The Google ad makes you smile and actually makes you believe that things will get better. It provides you with reassurance and warmth at a time when it can get difficult to see good around. It reminds you: good exists.

YouTube has tried to do something similar but its ad did not seem as sensitive. While Apple and YouTube had a very similar approach, it just seemed like YouTube wanted people to make something out of this “free time.” The Apple ad sets a very different tone from the very beginning when it shows the little girl staring out of the window and the signboard which reads “We will get through this together.” It acknowledges that this is a difficult time. 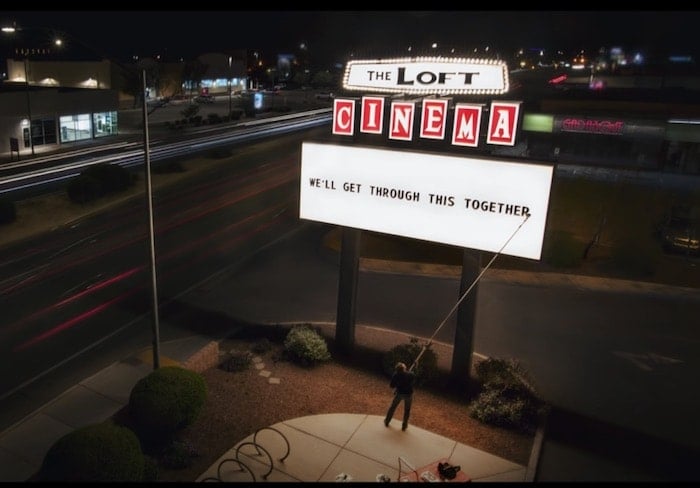 The YouTube ad, on the other hand, is a little more peppy and fun, which is not a bad thing in itself. In fact, it tries to lighten up the mood. But with all that is happening, the last thing we need is this invisible weight on our shoulders to ‘make something out of this situation.’ It might be a good way to distract people from what’s going on, but in doing so, it loses out on empathy and sensitivity.

Of the lot, Vivo’s clip is the most different as it does not feature any product or does not even highlight the brand itself but only applauds the doctors fighting the pandemic. The monologue is the star of the video clip, elevating and giving wings to the video montage. Lenovo uses another ad approach. Its ad was the most product-centric and aggressive of the lot, even in its own mellow manner. The ad does not necessarily use Covid-19 as an anchor, which all the other four ads do, but can be used even in normal times, making it slightly less impactful and relevant than the rest – in fact, the Covid-19 angle also seems like an extension at the end, one that can be removed if need be.

A time for empathy and creativity

Tech advertising (and indeed all advertising) at this time is no more about pushing products. As the world struggles to deal with Covid-19, we think that in ad terms, this time calls for a more creative and empathetic approach. It is not long enough to simply talk about your product, highlight its USPs, and put an ad out there. Of course, we think products will come to the forefront again once some economic activities are allowed but it would be very naive of brands to think that the old formula will continue to work in these radically changed times.

What we think is needed is advertising and messaging which will not only connect users to a brand but will also make them realize that the brand is there for them even in these tough times. This is shown the best by Google which has not only managed to give its product some screen time but also combined it with a much-needed kind, positive vibe.

The age of hard sell seems to have been suspended. For a while at least.