It might be a different company altogether, but when it comes to its ecosystem products Realme seems to be taking a lot of pages out of the OnePlus Book of Product Development. In essence, the brand releases a product that ticks all the boxes on paper but has a few performance issues. Issues which then get sorted out by a steady flow of software updates delivered over the air (OTA). We saw that happen with the brand’s first attempt at a fitness band, saw it repeated with its first smartwatch earlier this year, and are seeing it yet again with its second smartwatch, the Realme Watch S Pro.

It has the looks and the specs

For, make no mistake about it, the Realme Watch S Pro is very much on point when it comes to design and specs. It comes with a large, round 1.39-inch round AMOLED display with a stainless steel frame, with two buttons on the right, one for waking up and switching off the display and another for accessing your fitness and workout menu. It does look a fair bit like the Mi Watch Revolve with markings on the outer part of the frame, but that is not really a bad thing. It has a smart feel to it, although some might find it a little large but we tend to have a soft corner for larger smartwatches as they do allow us to see more at one go, without squinting too much. We can however see some folks – especially those with slender wrists – finding it a little too bulky. Unfortunately, there is only one size option here. The watch comes with one set of straps that are comfortable and are relatively easy to change – there are options in silicon and vegan leather.

On the spec side, the Watch S Pro is well equipped. It has a dual processor, GPS, heart rate monitor, a blood oxygen monitor (so handy for Covid times), Bluetooth 5.0 connectivity, 5 ATM water resistance (yes, you can take it swimming), sleep tracking, and 15 fitness modes. And it connects to Android devices over Bluetooth using the Realme Link app – iOS connectivity is expected to arrive in the coming days. All this with two-week battery life.

Not quite the Pro performer, though…not yet! 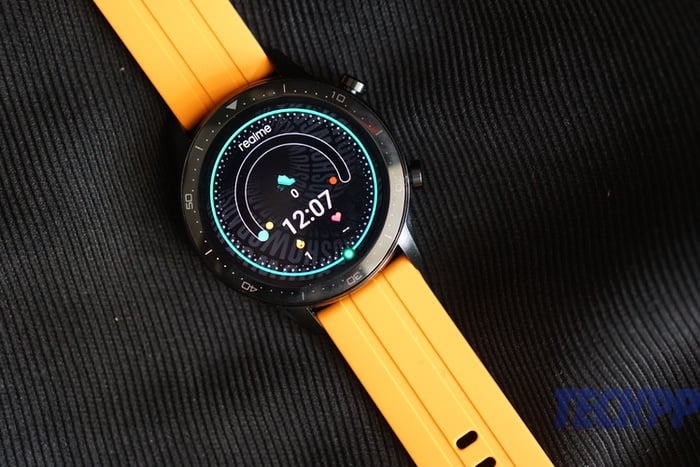 It has the looks and the specs and the features. But when it comes to performance, the Realme Watch S Pro falls a little off the pace. Mind you, it does get a lot of things right. The display is large and bright, music and camera control are decent and for the most part, we found step counts to be accurate. Fitness tracking was also generally on point (we were gently reminded to get up when we were sitting for too long) and so were notifications. Of course, we loved the ability to track our phone from the watch, and the stopwatches and alarms are handy. Alerts are generally handled well, and that large display is great for reading information. We would have liked better wallpapers, and several are expected to be added via OTA. Operations are generally smooth – swiping to either right or left from the main watch face shows you different data and notifications, swiping down shows messages, and swiping up lets you access the whole menu of features on the device. For the most part, it works smoothly. 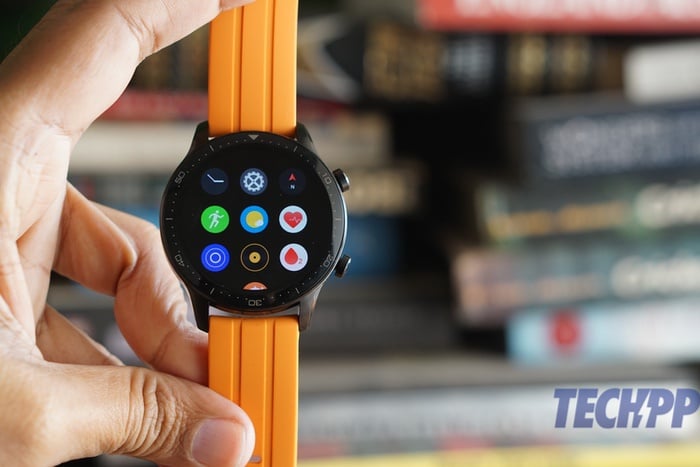 There are, however, occasional lags in the interface, such as when we tapped the dial to wake the watch, the watch would sometimes not respond. The same applies to the “raise to wake” function, which is a little hit and miss. There is an always-on display mode but the watch faces on it do not really sync with the ones on the watch itself – hopefully, the update will change that.

A bigger concern, however, is the measurement capability of the watch. We had seen this with the first fitness band and smartwatch and well, measurement is a bit of an oddity with the Realme Watch S Pro. The heart rate monitor managed to give me my lowest ever heart rate – 43 per minute, a few minutes after a mild workout, although another sensor showed me at 90. Similarly, the blood oxygen measure seemed to be a bit on the higher side – often giving me readings of 100 and 98 while the actual stats (from an oximeter) were a few points lesser. No, these are not recurring flaws, for the most part, the Realme Watch S Pro did a decent job, but the very fact they occurred tended to undermine its credibility. Similarly, the watch did not seem to detect we had gone to sleep and some of the instructions on the watch seemed unedited. Of course, these could be just early blues, fixable with an update or three (those OnePlus feels, eh?). 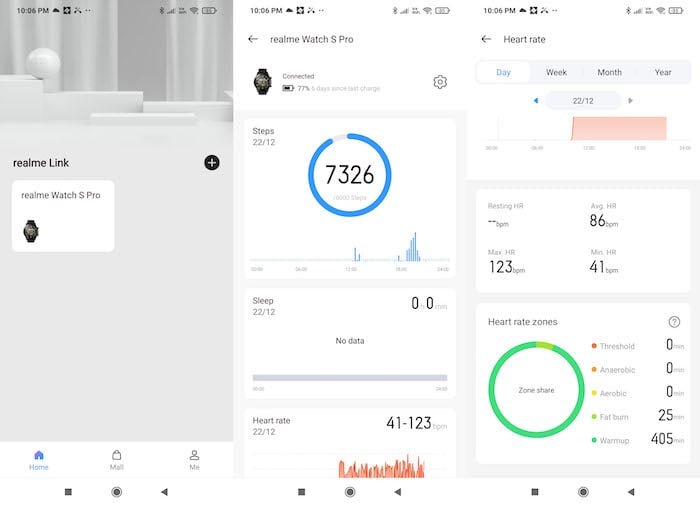 A huge asset of the watch is its battery. It claims to last two weeks on a single charge and so far has shown every sign of living up to its promise (we have had it on for about a week and battery life is at about 60 percent right now). It also lasts about two to three days if we shift to an always-on display but we do not see the need for this, once the “raise to wake” functionality is fixed.

An OTA away from greatness? 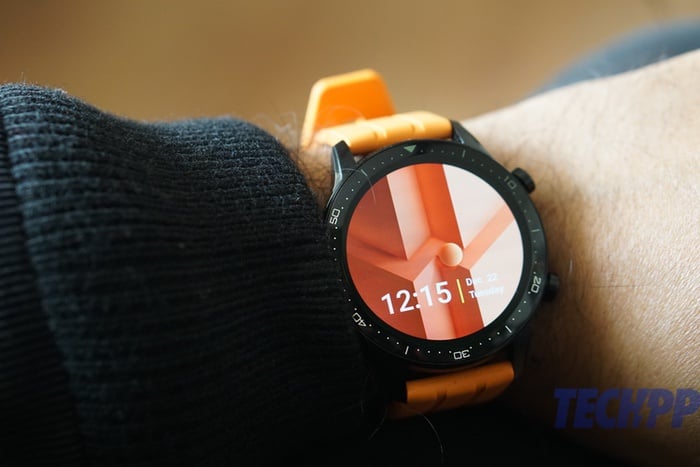 The Realme Watch S Pro is a bit like a meal that has all the perfect ingredients in it, but which has been slightly undercooked, giving it a bit of a raw taste. It needs a bit more time in the software oven, and we suspect is just a few OTAs from achieving its potential. At Rs 9,999, it is definitely worth a buy if you are already in the Realme ecosystem, but if you are not, we would advise waiting for those OTAs to come in before you decide to invest. As of now, both the Mi Watch Revolve and Amazfit GTR have a clear lead over it as they simply feel like more finished products. The Watch S Pro has what it takes to be a success. It just needs to perform consistently and smoothly. It is not quite the real deal. Not yet. But that could change with a few updates. Remember the first Realme watch? After a torrid start, it became a bestseller. “Watch” this space for updates, we say.

Review Overview
Was this article helpful?
YesNo
TechPP is supported by our audience. We may earn affiliate commissions from buying links on this site.
Read Next
Nothing Ear (Stick) Review: A treat for the eyes… and ears too!
#Realme #Realme Watch #realme watch s pro #review