Microsoft has been working on Windows 11 updates since its launch last year. The new version of Windows brought in quite a few improvements over Windows 10, such as a revamped design, layouts for multitasking, and much more. The next major Windows 11 update is version 22H2, which is supposed to release on 20th September next month. Here are ten new cool features you will see in the upcoming Windows 11 22H2 update.

Windows 11 version 22H2 will be one of Microsoft’s major updates this year. The company has been pushing several patches and bug fixes for its OS, but we are yet to see a major overhaul in Windows 11 since its launch. This new update brings in several new and demanded features, such as a dark mode for task Manager with a completely new UI.

Windows 11 22H2 Update – Everything That You Should Know

Microsoft has been beta testing the Windows 11 22H2 update for several weeks. Many users reported plenty of new features, and video editors were especially happy with the return of drag and drop files on the taskbar. Most of the new features in the latest beta version of Windows 11 22H2 should make it to the stable rollout next month.

Now that we know about the importance of this major update amongst Windows users, here are all the new and cool features you will see with the Windows 11 22H2 update.

1. Drag and Drop Files on Taskbar – FINALLY IN WINDOWS 11 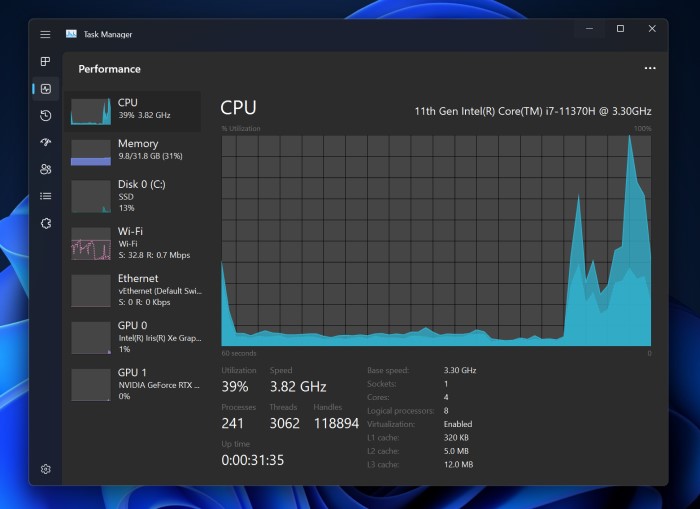 The Windows 11 22H2 update brings a major overhaul to the Task Manager, which now gives more information at a glance. It directly shows CPU, GPU, Memory, and Network resource utilization on the Processes tab. The menus are now easily accessible on the left-hand side. The Task Manager also gets a Dark Mode, which in our opinion, looks really cool. 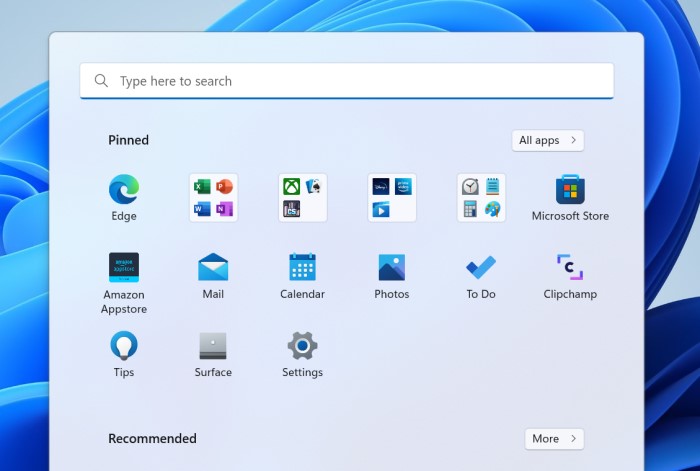 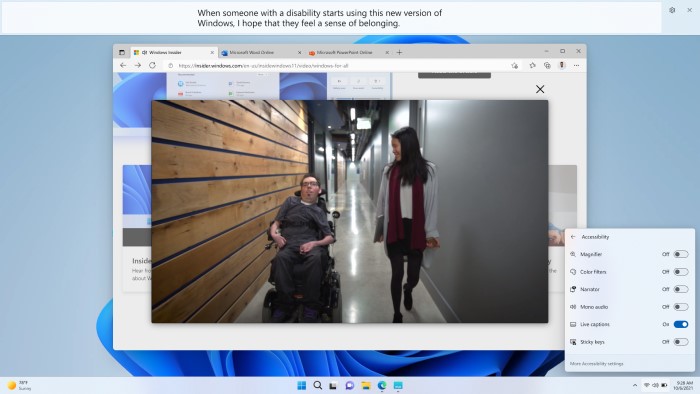 Microsoft did talk about Live Captions in Windows 11, but we did not actually witness it live at the launch. It looks like they have taken their sweet time to polish this feature and are finally ready to roll it out with the 22H2 update. This will help differently-abled people having issues with hearing to see live captions of any video or audio file played on their Windows machine.

The new Windows 11 22H2 update will also bring better and faster app opening and switching animations. It will also offer new gestures to help you switch between apps more efficiently. The combination of new gestures and animations will surely enhance the multitasking experience in Windows 11.

6. Voice Assistant – Does Cortana get a little smarter?

Microsoft says that they have been working on a voice assistant to make the user experience in Windows better and easy. The last time we heard the same by Microsoft, we got Cortana; needless to say, users were not very impressed. The new Windows 11 22H2 update supposedly brings in a better voice assistant, which is surely something to look out for!

7. Suggested Actions for Dates and More

The new Windows 11 22H2 update will add Suggested Actions support to the OS, where Windows recognizes certain elements on your screen such as Date, Title, etc., and suggests you a quick action based on the content on your screen. For instance, when you type a date, Windows 11 show you a quick shortcut to quickly create an Event using the date displayed on the screen, and even add a time schedule to it, if Windows detects it. This is just a single-use scenario of Suggested Actions, and the feature will work across many such applications in Windows 11.

Snap Layouts in Windows 11 was a feature that received appreciation from a majority of Windows users, especially those who jump between multiple apps and work in split-screen mode. Microsoft is now adding more snap layouts in the Windows 11 22H2 update which will help users with more options to choose from, when using layouts. The update will also fix certain scaling issues with existing snap layouts.

Some builds of Windows 11 had troubles syncing with OneDrive, which left many users frustrated. Microsoft has fixed OneDrive-related issues in the 22H2 update, as reported by beta testers. It was also noticed that the new Windows 11 22H2 update brings in better OneDrive integration options with the File Explorer where users will be directly able to access and modify OneDrive files, in the File Explorer itself.

Tabs in File Explorer… Not Yet!

Tabs in Windows File Explorer has been a much-awaited feature in Windows 11, which Microsoft has teased for months! Users are very eager to get their hands over it, but it looks like Microsoft will take an extra month or two after the 22H2 update to release tabs in File Explorer. So Microsoft, we know you have been actively listening to user feedback in recent times. Please get this feature up soon!

The Windows 11 22H2 update is reportedly scheduled for 20th September 2022, as per sources. Microsoft has not yet officially confirmed the date, but the features mentioned in this list will surely be a part of the 22H2 update, as they have been present in the beta versions for a long time. Until then, we will keep this list updated with everything that Microsoft will include with the new update.

Was this article helpful?
YesNo
TechPP is supported by our audience. We may earn affiliate commissions from buying links on this site.
Read Next
How to Use Android Phone as Webcam for PC
#windows #windows 11 #WIndows 11 22H2 #windows update 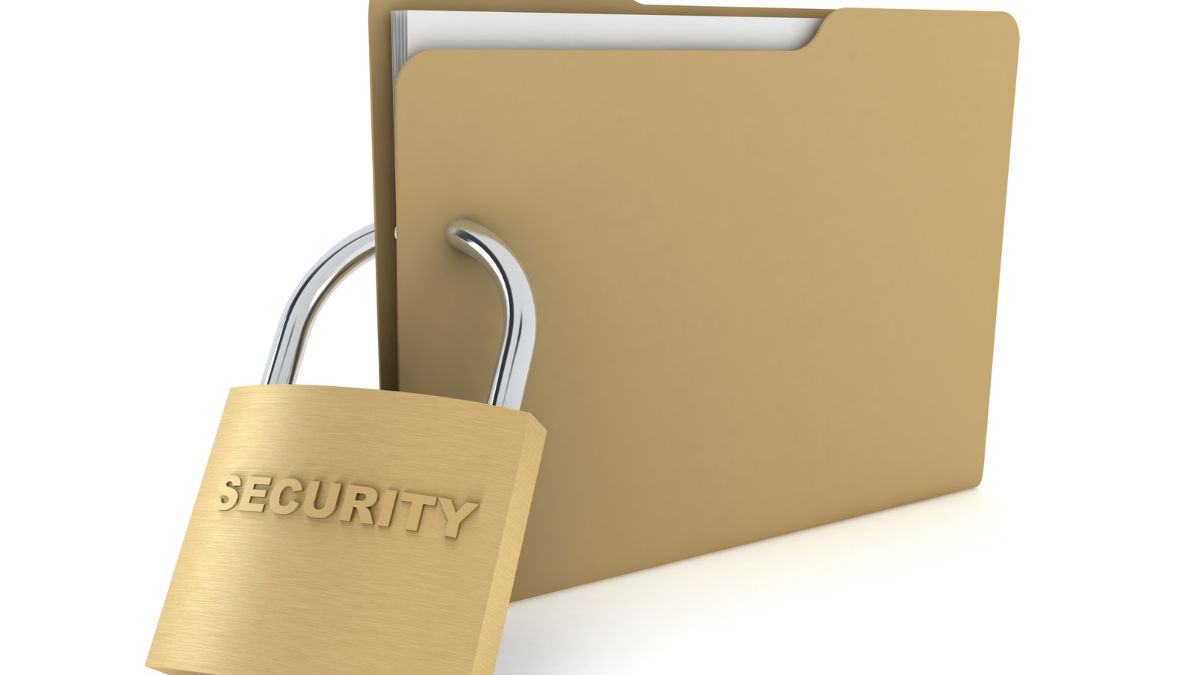