Big megapixel cameras in general, and 108-megapixel cameras, in particular, are the rage right now in the smartphone market. And not just in the premium segment, but also in the more affordable mid-segment at price points below Rs 20,000. Up until now, consumers wanting a triple-digit megapixel camera experience for less than Rs 20,000 had two choices – the Redmi Note 10 Pro Max or the Realme 8 Pro. Now, the choice has been extended to three, with the arrival of the Moto G60. Or maybe, it has actually been shrunk to just one, because the Moto G60 simply overwhelms both phones in terms of not just cameras but other specifications too. Find that hard to believe? Well, here is a comparison of the three phones that offer you 108 megapixels of camera goodness at a price south of Rs 20,000. 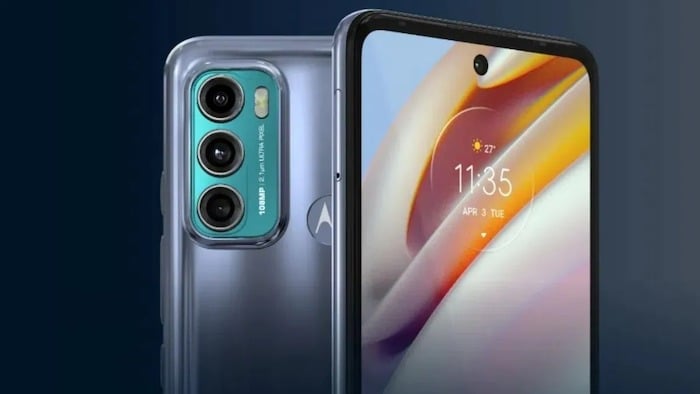 Rear cameras – Three cameras that do the job of four

All three cameras come with 108-megapixel main sensors. But the Moto G60’s interface is the easiest to use, inspired as it is by Google’s own simple and intuitive stock Android UI. And then there are the other cameras. While the Realme and Redmi phones have gone with 8-megapixel ultrawide sensors, the Moto G60 has a special 8-megapixel ultrawide sensor that not only delivers a wider view but also doubles up as a macro camera, letting you take snaps from as close as 2.5 cm. And it delivers far higher resolution shots than the very token 2-megapixel macro camera on the Realme 8 Pro and the 5-megapixel camera on the Redmi Note 10 Pro Max. In fact, it shows that one can get great close-up images even without a dedicated macro sensor. All three phones have a dedicated 2-megapixel depth sensor. The Moto G60’s superiority lies in delivering more functionality through three cameras than its rivals do in four,

Selfie cameras – As many megapixels as the competition combined 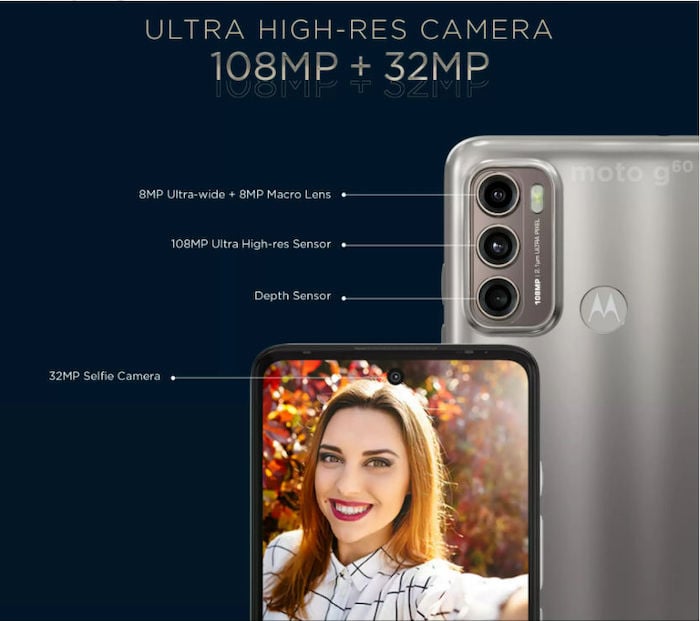 Both the Realme 8 Pro and the Redmi Note 10 Pro Max come with 16-megapixel selfie cameras, which seem a little on the low side given that this is the age of the selfie. Motorola has however not pulled its punches here. The Moto G60 packs in a 32-megapixel selfie camera, ensuring that the selfies you get have more detail. The Moto G60 indeed is the only phone in its segment to boast of having the highest megapixel count in both front and rear cameras!

Processor and memory: Powerful and with more in store

You would need a good processor to drive all those megapixels and displays. The Realme 8 Pro has opted for the Qualcomm Snapdragon 720 chip with 6 GB RAM and 128 GB storage at the base level, while the Redmi Note 10 Pro Max starts with 6 GB RAM and 64 GB storage. The Moto G60 however starts with 6 GB RAM and 128 GB storage and also has a Snapdragon 732 G processor. What’s more, while all three phones have expandable memory, the Moto G60 allows you to expand storage by a massive 1 TB, which is well above what Realme and Redmi can offer. In simple terms, if you are into image editing or heavy-duty gaming, the Moto G60 will give you lots of power and more storage, enabling you to hit the ground running on that big display, whether you are gaming, snapping, or just browsing.

Battery: Maxing out the mAh

That big display with a high refresh rate and those high-resolution cameras can sure gobble up battery fast. This is why the Moto G60 comes with a battery that is far bigger than those of its competitors. The Realme 8 Pro has just a 4500 mAh battery, while the Redmi Note 10 Pro Max does a bit better with a 5020 mAh battery. All of these are, however, dwarfed by the 6000 mAh battery on the Moto G60 which should keep the phone ticking for a long time, no matter what you throw at. And it is also accompanied by a 20W Turbo Power fast charger in the box.

Software: Guess who is never out of Stock…Android? 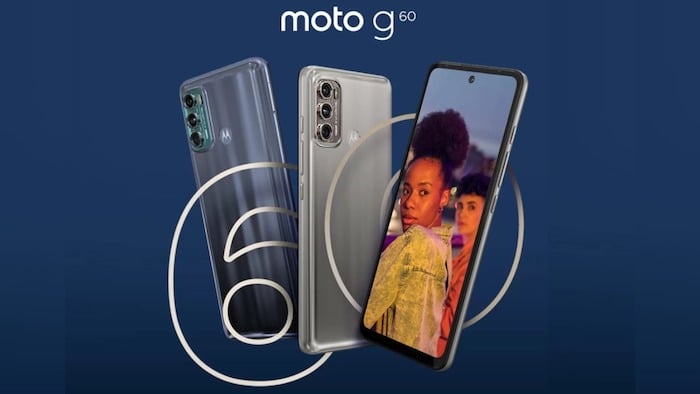 Of course, all of the best hardware and specs in the world are about as useful as a surfboard in the Sahara if they are not accompanied by a good UI. And here too, the Moto G60 totally outguns its rivals. While all three phones run on Android 11, the Realme 8 Pro has its Realme UI on top of it, while the Redmi Note 10 Pro Max has the very elaborate MIUI layered on top of Android. In the case of the Moto G60, however, there is nothing between you and Android. It is stock Android with no ads and no bloatware. And what’s more, it comes with Motorola’s Think Shield Protection. Cleaner, safer, and more secure!

So which should you buy?

Honestly, it is a cakewalk. The Moto G60 comes with more versatile cameras, the biggest display, the biggest battery, the best processor, the highest expandable memory capacity, and of course, the cleanest and most secure software of the three devices. And believe it or not, it is also the most affordable. That’s right, it starts at Rs 17,999, while the 6 GB/ 1268 GB variant of the Realme 8 Pro starts at Rs 18,999 and the similar variant of the Redmi Note 10 Pro Max is priced at Rs 19,999.

If it is megapixels you are looking for, not just in the rear but also the front camera, and are on a tight budget, the Moto G60 is easily the best device for you. It is the only 108-megapixel rear camera and 32-megapixel selfie camera phone below Rs 20,000. And is also by far the best. You can buy Moto G60 for Rs 17,999. But if you have an ICICI card, you can buy it for just Rs 16,499 thanks to Rs 1500 instant discount.

Motorola Edge Plus with Snapdragon 865 and 108MP Triple…
Redmi Note 10 series with Super AMOLED display and up to…
[Bazaar Bargain] The Most Affordable Premium ANC Experience
Xiaomi Mi Mix Alpha with 180.6% Screen-to-Body Ratio and…
Motorola One Hyper with 32MP Pop-Up Camera and Android 10…
Xiaomi Mi CC9 Pro with Snapdragon 730G and 108MP Camera…