OnePlus had marked its return to the Rs 25,000 – Rs 30,000 segment last year with the Nord. It was perhaps the first OnePlus device that did not hit the market with flagship-level specs, although it tried to retain the best of the OnePlus experience – the sleek design, the Oxygen UI, and so on. The Nord turned out to be a bestseller, and now comes the second in the series, the OnePlus Nord CE 5G. It has some hefty Nord-ic boots to fill. Can it succeed?

The first CE, not the second Nord

The important thing to remember about the OnePlus CE 5G (CE stands for “core edition”) is that it is NOT an upgrade of the OnePlus Nord. You can read about that in detail here but to sum it up, while the Nord was bringing a largely premium experience to a lower price point, the Nord CE 5G is more of an unabashed out and out mid-segment player. And we do not think that is a bad thing because just as its tagline claims, you do end up getting a little more than you expect.

Do not avoid the Blue Void

And that is evident from the design and spec sheet. The Nord CE 5G takes a page out of the Nord design book in terms of appearance. The form factor is very similar, with a display-dominated front and a smooth, shiny back that curves to meet the sides. At 7.9 mm, this is the thinnest OnePlus phone since the OnePlus 6T, and it is comfortable to hold and carry. The back is carbonate but is designed so well that you will barely worry (or care). 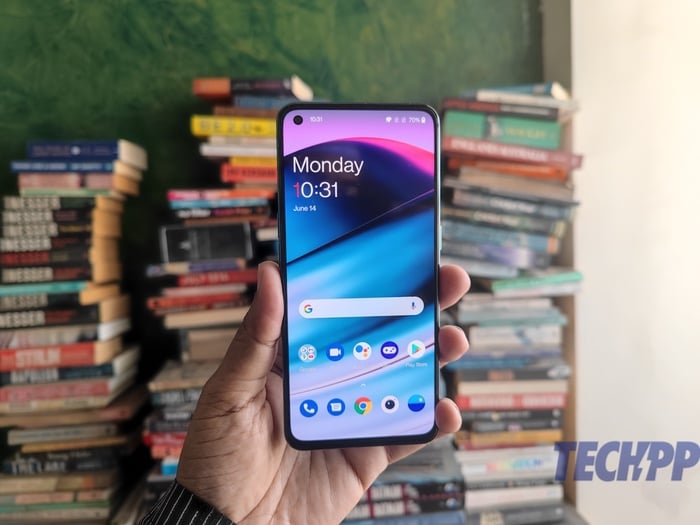 We got the Blue Void variant, and it has a gentle sheen that marks it out – a touch of the frosted glass finish we have seen in premium OnePlus devices. And while it comes with a case in the box, it is also remarkably smudge resistant – a good thing, as we do not like covering good-looking phones, and this is certainly one of them. We do wish it resisted dust and water as well, but then that seems to be something reserved largely for the main series. You also get Charcoal Ink and Silver Ray variants, but the Blue Void one is the head-turner.

As you turn the phone over, you will spot an old favorite and an absentee. The old favorite is the 3.5 mm audio jack which returns to a OnePlus phone after a brief sabbatical – a welcome addition in a world that seems out to kill wired earphones. The fact that the CE 5G has managed to get the headphone jack in even while being so slim and having a larger battery (more on that later) makes one wonder as to why others cannot follow suit. 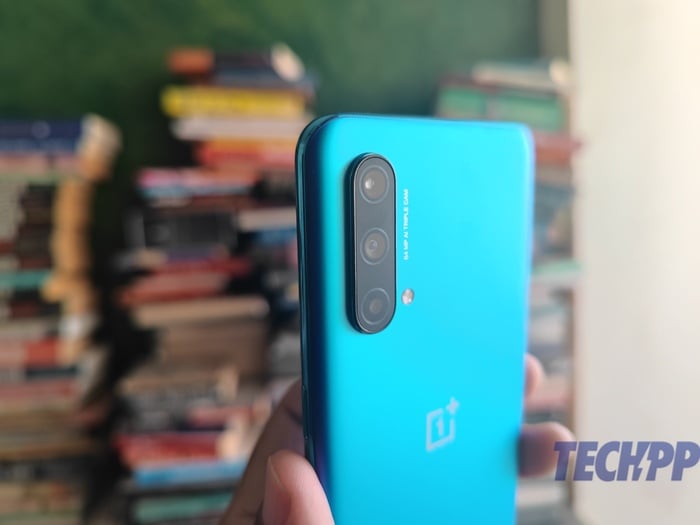 However, there is an absentee too. The Nord CE 5G is the first OnePlus phone we have seen in a while to come without an alert slider – the little slider that lets you switch between ring, vibrate, and silent modes with just a push of your finger (no meddling around with settings). Its absence is very surprising given how much a part of the core (pun unintended) OnePlus experience it was. We just hope its exclusion is limited to this particular device, as it is definitely one of our favorite OnePlus features. One feature that we could have done without is the in-display fingerprint scanner which is speedy enough but is increasingly being shown up by scanners on the sides of phones in terms of convenience and efficiency. Perhaps that is one button OnePlus needs to consider adding to its Nord range.

Mind you, NFC connectivity, which is a OnePlus staple, is very much here, and so are Bluetooth, GPS, Wi-Fi, and of course, 5G! 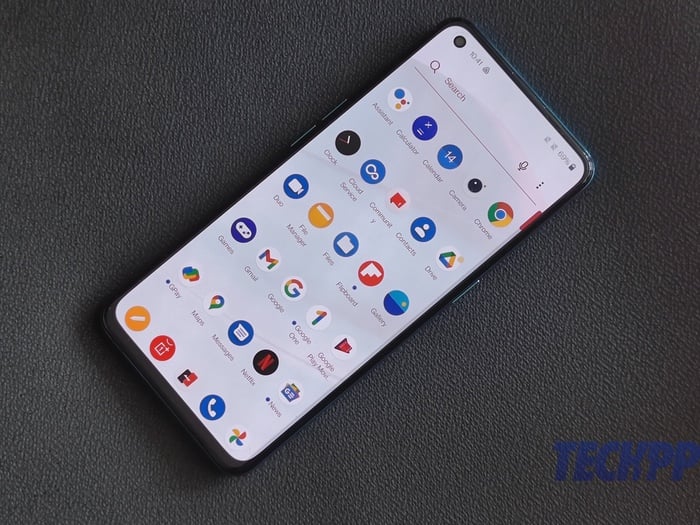 The most notable difference between the OG Nord and its CE sibling is the processor. While the Nord had come with a Qualcomm Snapdragon 765G chip, which was one of the fastest in the mid-segment at its time of launch, the Nord CE 5G comes with a Qualcomm Snapdragon 750G, which is more mid-segment. Mind you, the difference in performance between the two phones is barely noticeable. Neither is a gaming hunk, but each can handle even high-end games with slightly turned-down settings. We did feel the original Nord was a little snappier in heavy-duty tasks like image and video editing and some games seemed to run a little more smoothly on it, but then the Nord CE does not trail it by much.

The 6.43-inch Fluid AMOLED display with a 90 Hz refresh rate (similar to the one on the original Nord) is bright and colorful, although not as saturated and poppy as some AMOLED displays. It is great for gaming and viewing content. While the 3.5 mm audio jack does let you use your wired headphones and delivers very good sound, we would have liked to have stereo speakers, given that a number of players in this segment are going for two speaker arrangements. 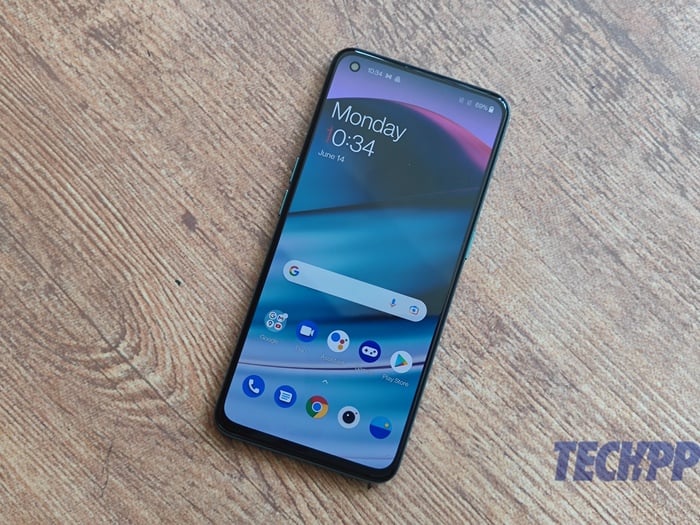 When it comes to routine tasks like social networking and web browsing, the Nord CE sails through quite easily, thanks to its coming with lots of RAM and storage ( 6 GB/ 128 GB, 8 GB / 128 GB, and 12 GB/ 256 GB variants are available). You can also switch between apps without any problems. The phone runs on the relatively uncluttered and clean Oxygen UI on top of Android 11, and while some might complain of too many updates, the fact is that it remains one of the cleaner Android experiences out there.

After the processor, the biggest point of difference between the Nord and the CE 5G is the camera department. The Nord had four cameras at the back, led by a 48 megapixel Sony sensor with OIS and two in front. The CE has three in the back and one in the front, but the main sensor in the back is a 64 megapixel one, although its manufacturer has not been disclosed and it has no OIS. 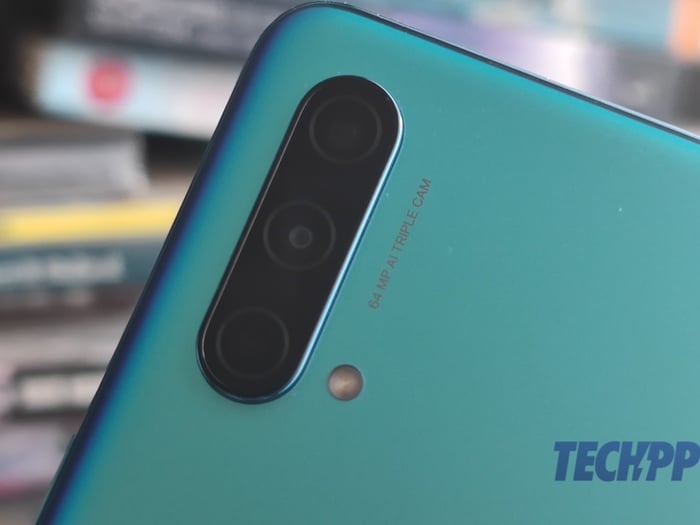 And it is this main sensor that is the most pleasant surprise in the new Nord is the 64-megapixel main camera. We must confess to having our doubts about it when we heard it had no OIS, and its branding was not revealed (the original Nord had an IMX 586 sensor with OIS). However, it delivers some very good-looking results. Note the words “good looking,” though. For, unlike the 9 and 9 Pro, which with their Hasselblad alliance go all out for trying to get natural colors, the Nord CE 5G’s sensor is unabashedly mainstream and adds saturation generously. The result? Images with bright colors, a slight tint of pink sometimes, but generally snaps that you would love to show off. The bright colors were present in low light snaps, too, although here, the absence of OIS was evident, with details getting a little lost due to (we suspect) slight tremors in the hands – Nightscape can only do so much, alas. 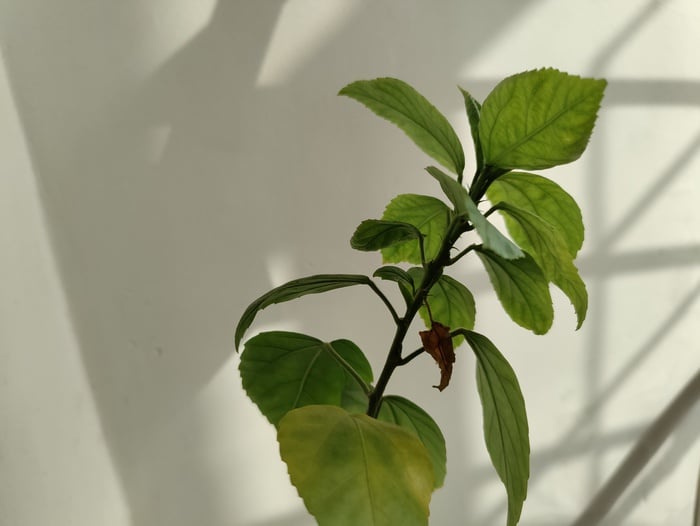 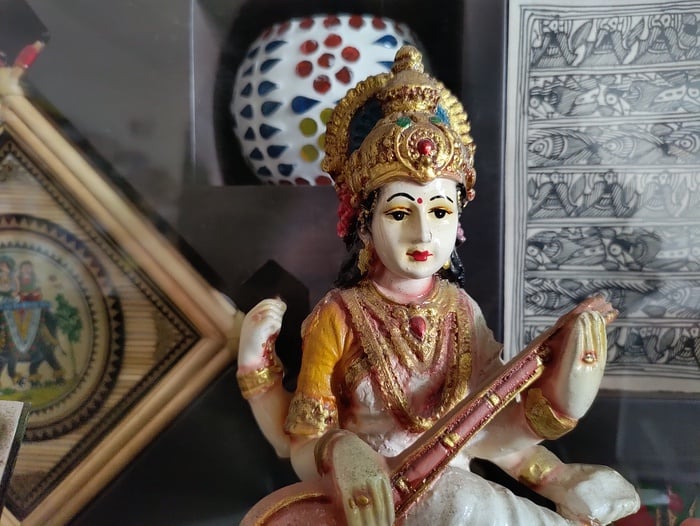 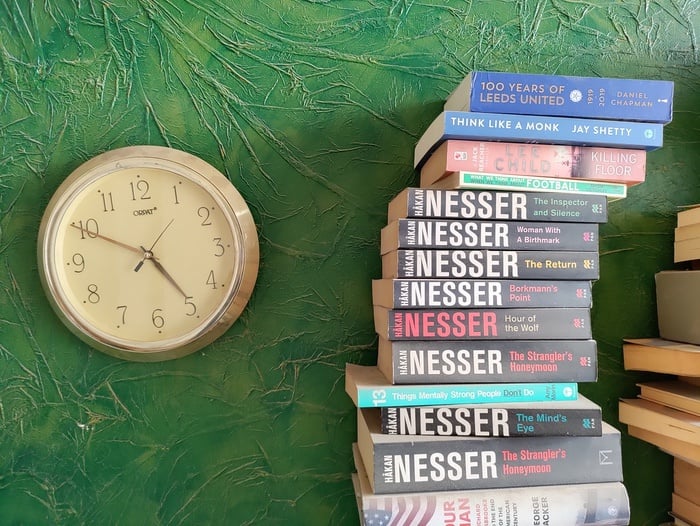 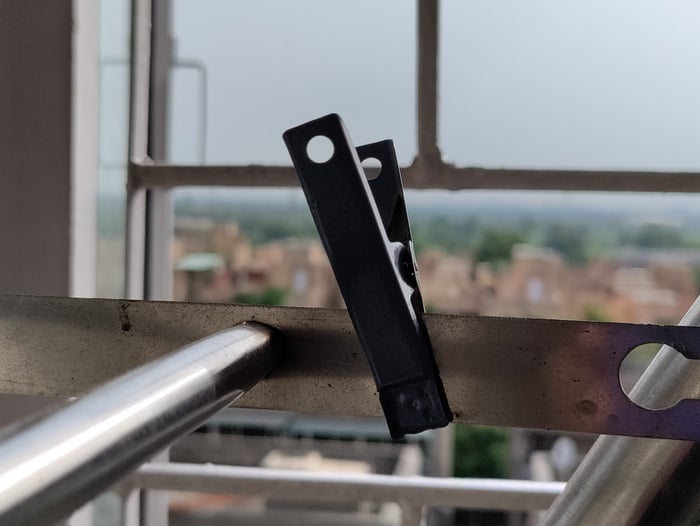 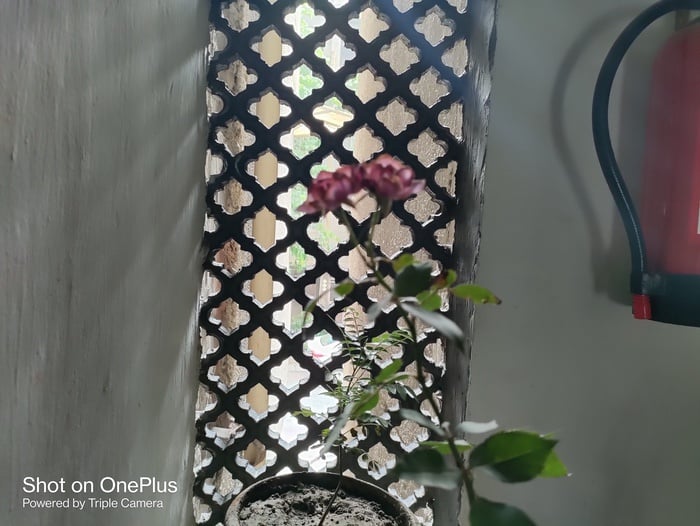 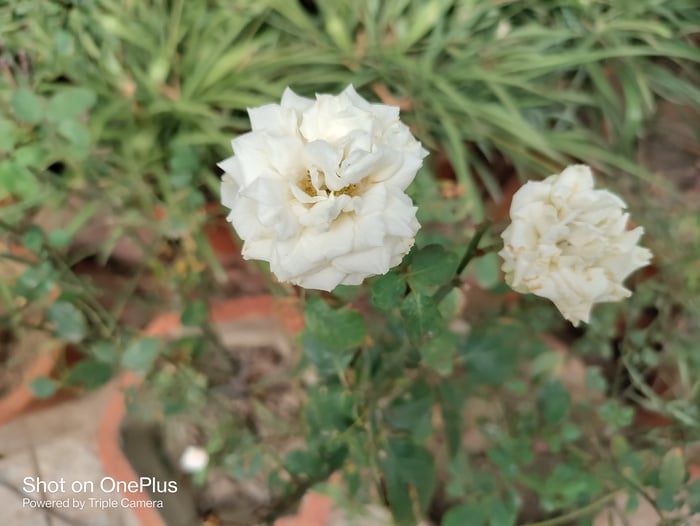 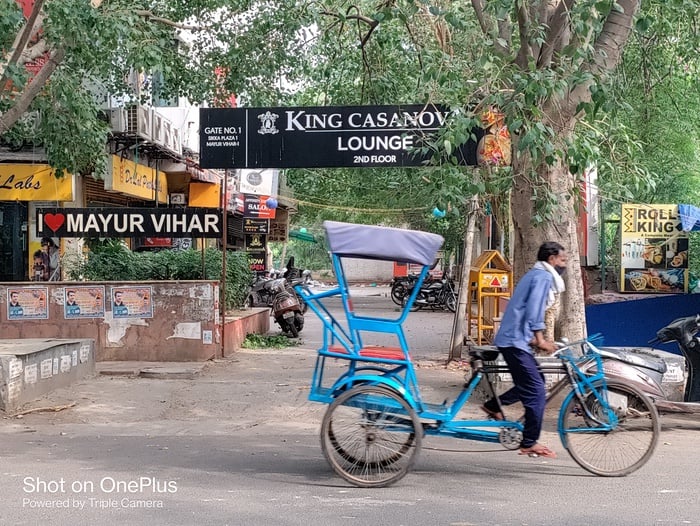 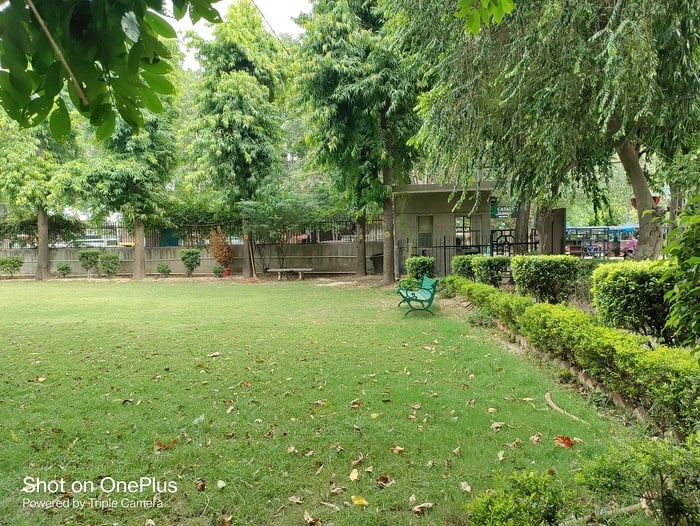 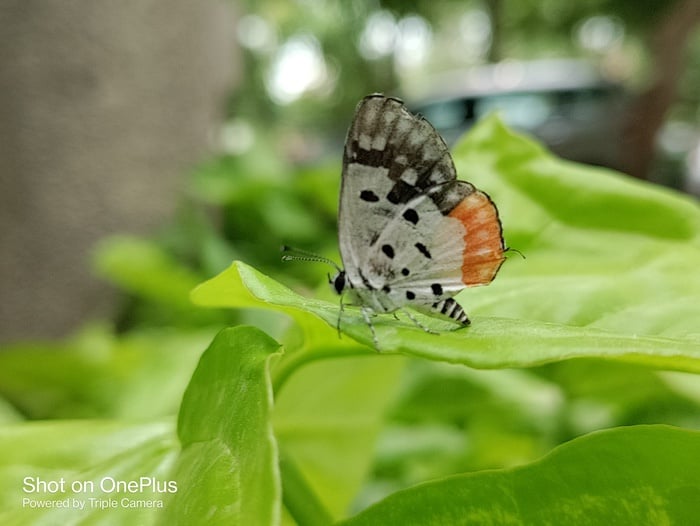 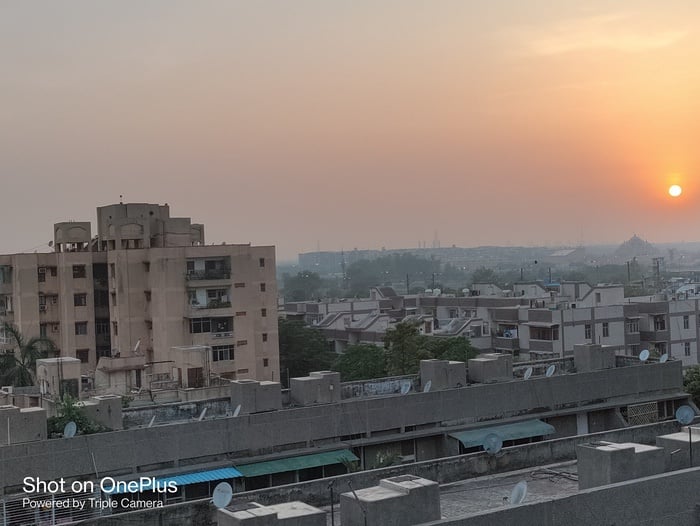 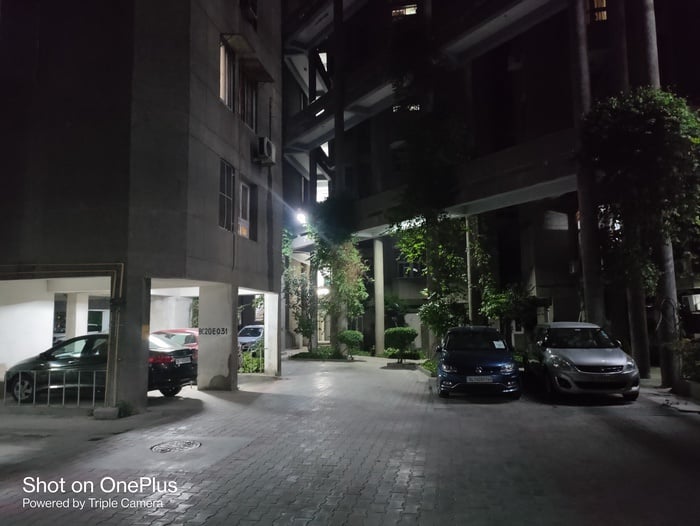 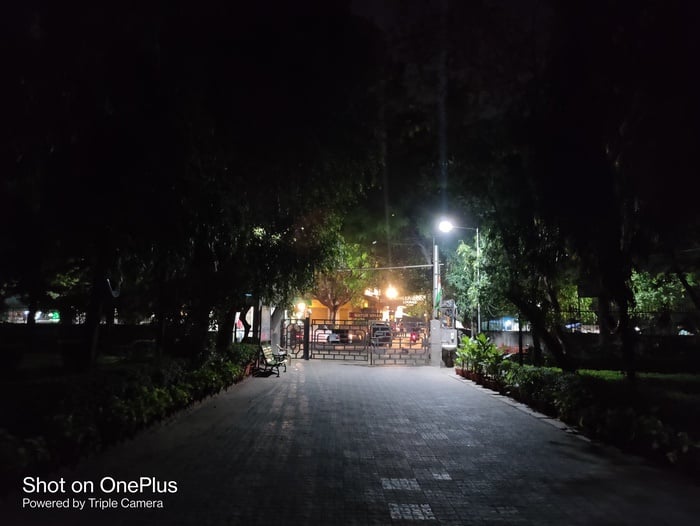 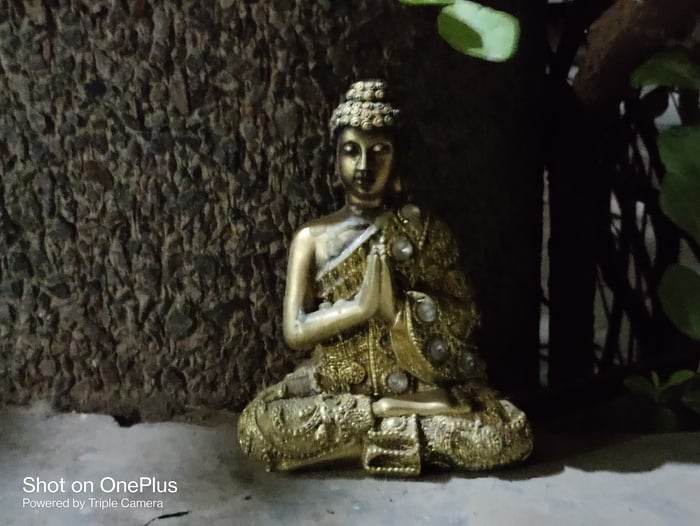 Videos are social network worthy, which is about what we would expect at this price point. The secondary 8-megapixel ultrawide camera gives you a fresh perspective, but the details get compromised, whereas the 2-megapixel monochrome camera is a little ornamental right now. But we will say it – the main sensor on the Nord CE 5G takes better-looking pictures than the one on the original Nord did, although purists might prefer the latter.

Bigger battery, plus Warp Charge with a Plus 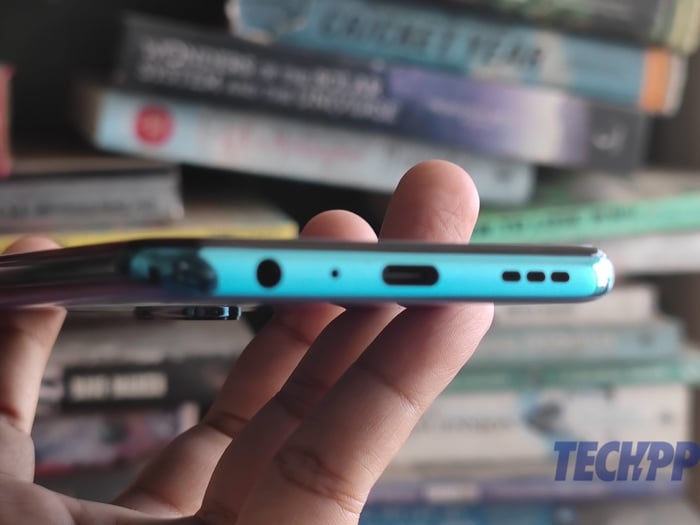 Apart from the addition of megapixels in the rear camera and a 3.5 mm audio jack on the base, the OnePlus Nord CE 5G also adds some mAh to the battery of the Nord – it comes with a 4500 mAh battery as compared to the 4115 mAh one on the Nord. And yes, it comes with support for Warp Charge as well as a 30W charger in the box (albeit with a conventional USB port at the point). However, unlike the Nord, which had support for Warp Charge 30T, the CE comes with Warp Charge 30T Plus. Yes, you still get seventy percent of the battery charged in half an hour, but a bigger battery is being charged this time!

The Nord CE 5G remains in the “one day of normal to heavy use” range in terms of battery life. And while that should suffice for most users, it places it well behind some of the hefty batteries seen from Xiaomi and Samsung. No, there is no wireless charging here, and honestly, we did not expect it.

One for the OnePlus brigade 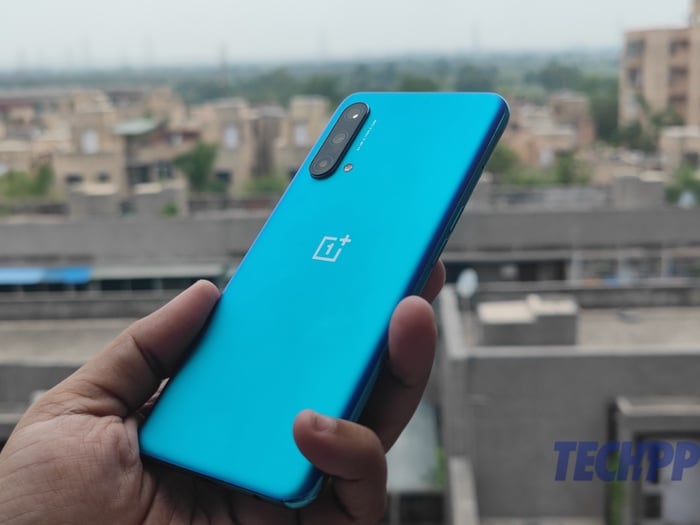 So should you be considering investing in the OnePlus Nord CE 5G? The phone is available for Rs 22,999 for 6 GB/ 128 GB, Rs 24,999 for 8 GB/ 128 GB and Rs 27,999 for 12 GB/ 256 GB. Well, if you are a OnePlus fan and love Oxygen UI but are on a tight budget, this is a bit of a no-brainer, with the original Nord also being a little out of stock. And yes, it does deliver a little more than we expected, especially in terms of a sleek design, camera, battery, and that audio jack. In fact, it might even do enough to make people considering purchasing the original Nord think twice!

But does it deliver more than the competition? That’s where things get interesting. If you are simply looking for the best specs for your bucks, matters get very competitive. 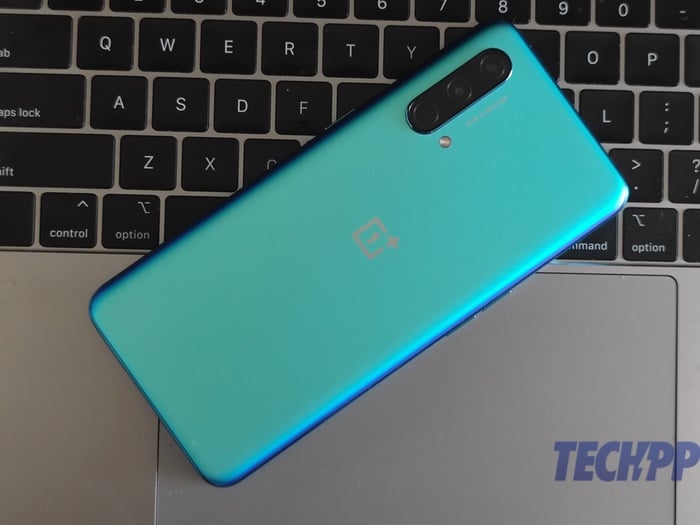 Unlike the original Nord which came with a Snapdragon 765G processor that was just below the flagship Snapdragon 800 series, the Nord CE 5G’s Snapdragon 750G is very firmly mid-range. What’s more, there are other devices in the market that can challenge it, such as the Mi 10i, which has the same chip and a 108-megapixel camera, stereo speakers and a bigger battery, and the recently released iQOO Z3 5G which actually comes with the Snapdragon 768G processor. And if you take 5G out of the equation (it is not present in India anyway at the time of writing), the Samsung Galaxy F62 comes into contention with its older but still very fast Exynos 9825 processor, a big battery, and very good cameras.

And that is the challenge the Nord CE 5G faces: while it does a lot of things well and actually delivers a “little more” than we expected, it does not exactly overwhelm its competition and has no killer feature up its sleeves. Its strongest weapon is that interface inside and that logo on the back.

It is Nord at its core indeed. And one for the OnePlus brigade.