What’s it with Xiaomi and 108 megapixels? The brand started 2020 with talk of a 108-megapixel device (the Mi 10, which was launched later, courtesy the pandemic) and has got 2021 with another 108-megapixel device. However, there the similarity between the devices ends. The Mi 10 was supposed to spearhead Xiaomi and the Mi brand’s return to the premium phone segment. The Mi 10i on the other hand seeks to consolidate its hold on its traditional strength – the mid-segment, and the part that many now refer to as the “premium mid-segment.” 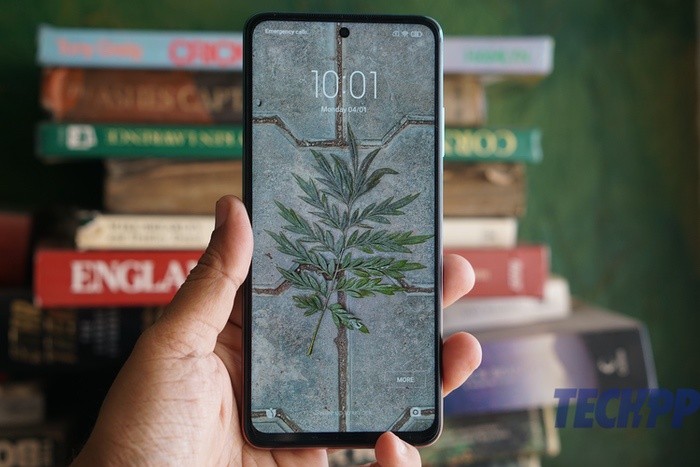 Mid-segment with a number of premium touches

Mind you, there’s very little that’s mid-segment about the appearance of the Mi 10i. As we had mentioned in our first impressions, the phone looks very premium with a (Gorilla) glass front and back, and a spherical camera unit that gave us very Poco X2 and OnePlus 7T feels. Yes, it is definitely on the large side and at 215 grams is not lightweight, but it is capable of grabbing attention – and the Pacific Sunrise variant with its blue upper portion blending into a peach lower part will turn heads! It also comes with an IP53 rating, protecting it against splashes.

There are some other premium touches to the device as well. The display of the Mi 10i is a Full HD+ 6.67-inch LCD with a 120 Hz refresh rate, which comes with what Xiaomi calls Intelligent AdaptiveSync, which means the refresh rate adjusts according to the kind of content being shown on it, with six different refresh rate levels. And of course, there’s that 108-megapixel sensor at the back, the first of its kind in the segment, and a 4820 mAh battery with a 33W charger that tops it in under an hour. There’s also 5G connectivity on board, making this the most affordable 5G handset in the country.

Indeed, the only feature that one might call mid-segment about the phone is its processor, the Snapdragon 750G, which is a massive upgrade above the 730G and is considered to be close to the 765G seen on the likes of the OnePlus Nord and the Vivo V20 Pro. It is an able processor although not strictly in the flagship series and is backed up by RAM and storage variants of 6 GB/ 64 GB, 6 GB / 128 GB, and 8 GB/ 128 GB. And well, unlike some premium devices, this one actually comes with expandable storage (up to 512 GB if you are ready to give up one of the SIM card slots) and a 3.5 mm audio jack.

The best camera in its segment? BY A MILE! 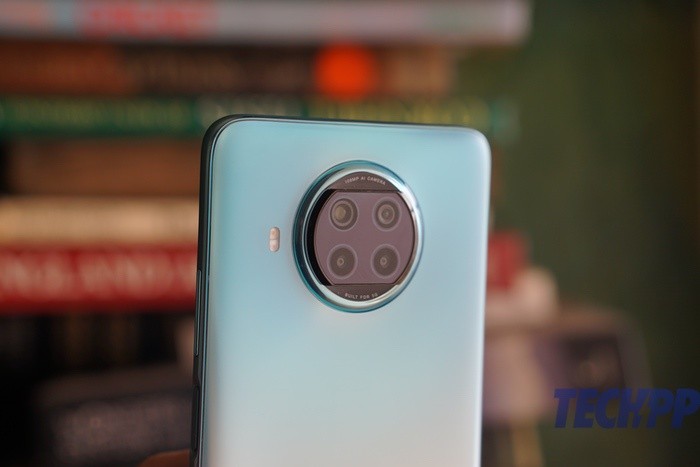 And it does not disappoint. At 1/1.52 inches, the main sensor is perhaps one of the biggest in this price segment. And while it is not quite in the class of the fantastic snappers we saw on the Mi 10 and the Mi 10T Pro, it can deliver some very good photographs. In daylight, especially we captured some exceptionally detailed snaps. Colors were surprisingly tuned to be realistic rather than the bright ones we got on the Mi10T Pro. Yes, they sometimes seemed just a little on the dull side occasionally, but take it from us, the detail makes it all worth it. The absence of OIS does make itself felt in low light conditions, where holding the camera steady was absolutely necessary for getting the best results, and also in videos, but with a little patience, you can get exceptional results here, although you do get a few extra shades of pink in there. 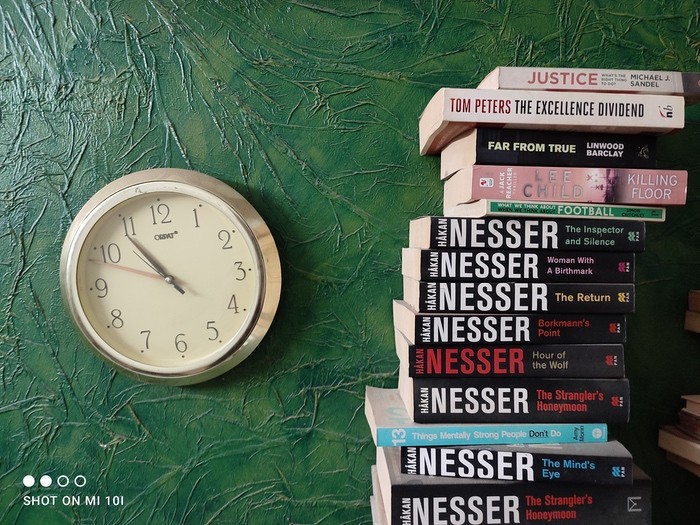 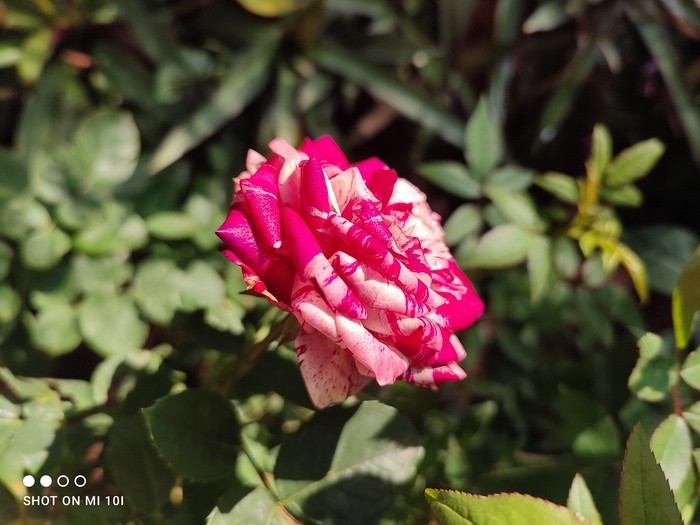 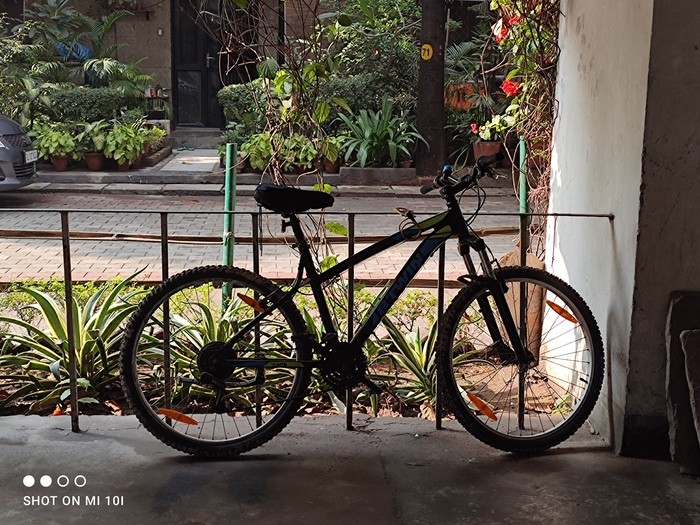 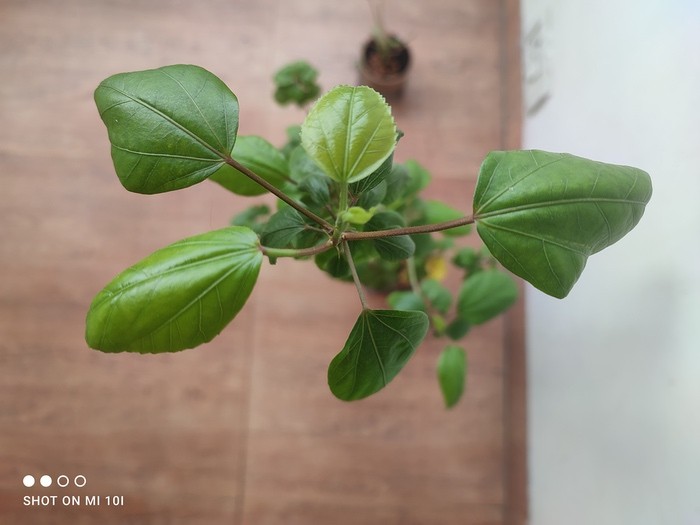 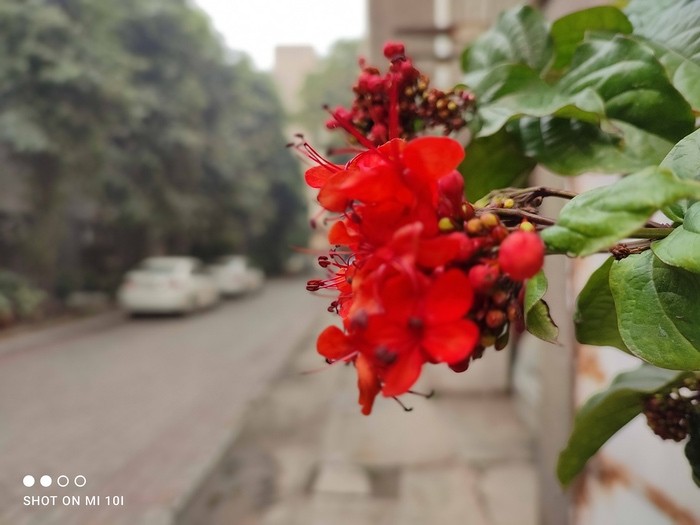 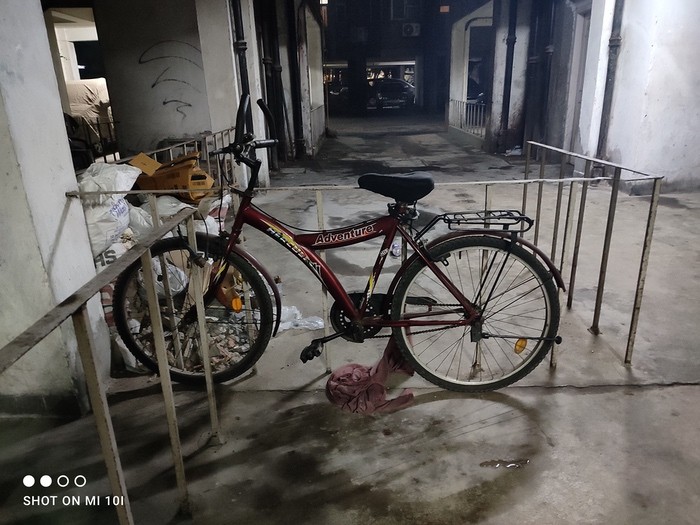 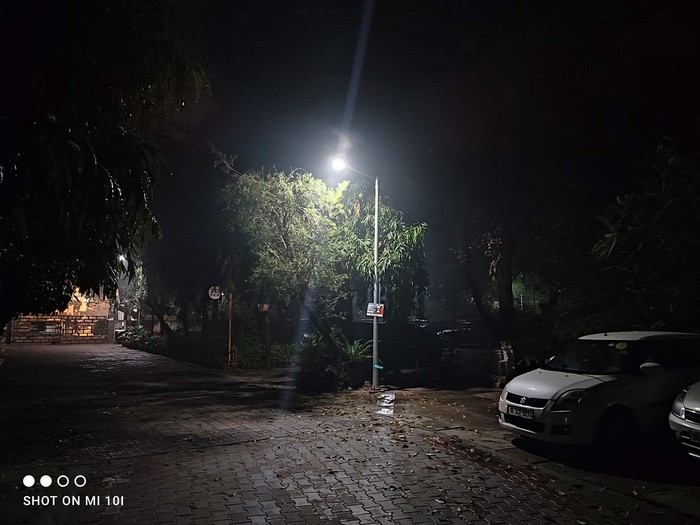 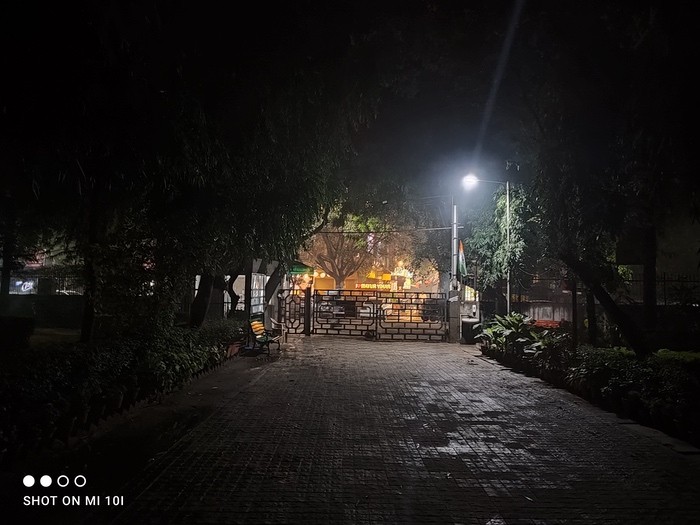 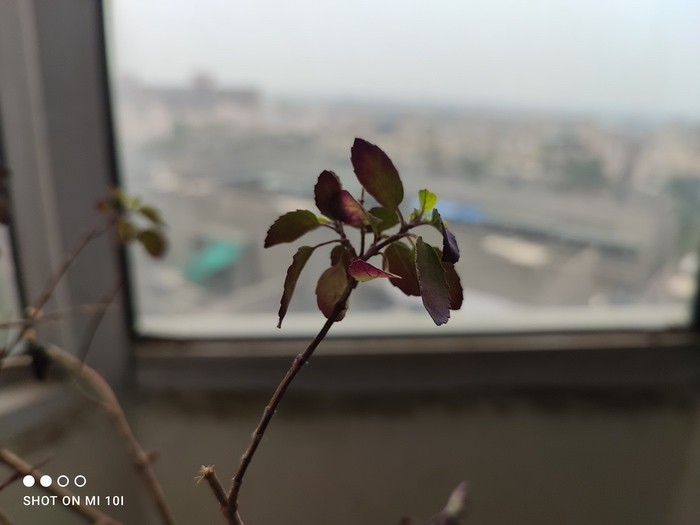 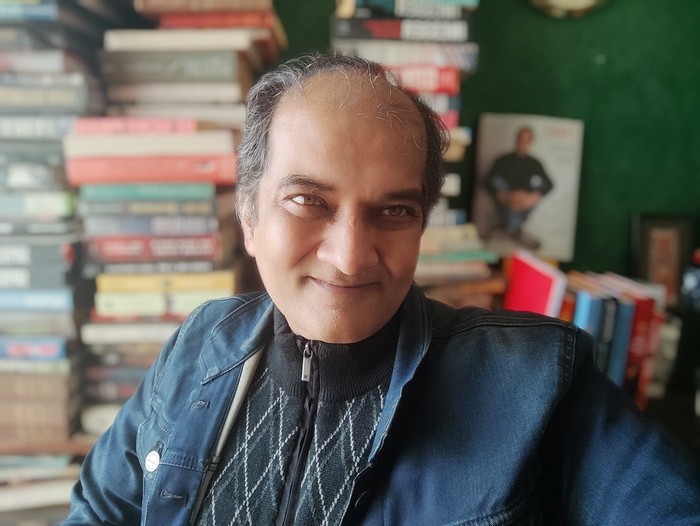 In fact, the level of detail you get with the main sensor almost renders the others superfluous. Yes, there is a very handy portrait mode and the ultrawide is handy too (although a little low on detail), but honestly, we found we often got better results with just sticking with the main sensor, and sometimes switching to 108-megapixel mode allowed us to simply crop away parts of the image that we did not need and still end up with a decently usable snap. Truth be told, we do wish phones would stick to giving us two or three decent cameras instead of space fillers. The selfie camera gives a good account of itself too, with plenty of detail, although it does saturate shots just a little more. Of course, not too many mind seeing themselves get pinker and smoother complexions, so we do not think that is going to be an issue. As in most Xiaomi phones, there are plenty of shooting modes here, for those who want to experiment. If we had a slight issue, it was with the phone sometimes pausing in image processing, and in particular during taking 108-megapixel snaps, but it was never too significant.

All said and done, the Mi 10i is easily the best camera phone we have seen at this price point. Yes, we will be doing a comparison with the Pixel 4a, so stay tuned, but the very fact that we expect this to be a close battle should give you an indication of just how good the Mi 10i is in the photography department.

A very good all rounder as well 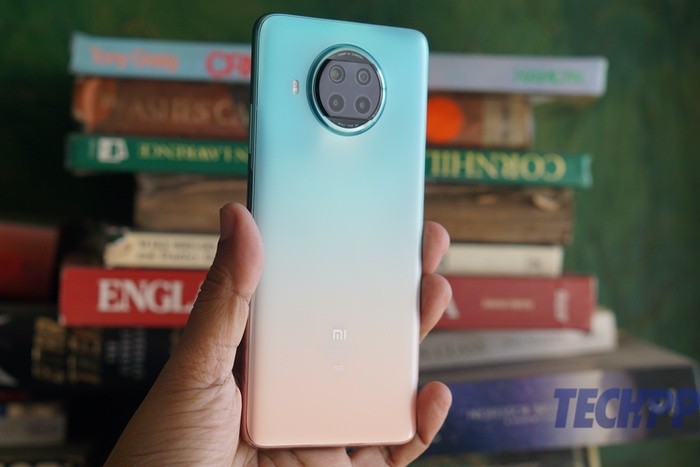 The camera is the star of the Mi 10i show, but the supporting cast is very good too. The 6.67-inch display is not crazy over the top bright, but handles colors very well and is easily one of the better displays we have seen at this price. Some might miss the extra punchy colors of AMOLED but we have no problems with the more realistic shades that LCD delivers. Scrolling is brisk thanks to the high refresh rate, and although we had the option to keep it at 60 Hz, we stuck to 120 Hz, and well, the battery optimization might have sort of worked, because we got a decent day and a half out of the 4820 mAh battery even then. And yes, it does get recharged from 0 to 100 in less than an hour, which is still exceptional if not excellent (for those spoilt by 65W GAN chargers that top-up phones in less than an hour).

The Snapdragon 750G processor turns in a very good performance. No, it is not quite in the class of its 800 series counterparts but you can play Call of Duty and Asphalt without too many lags at high settings. And the stereo speakers definitely add to the gaming experience. Yes, we felt the Nord handled games slightly better, but then the speakers do make a difference to the entire multimedia experience. Even watching movies and shows on that large display with those speakers was a very good experience. 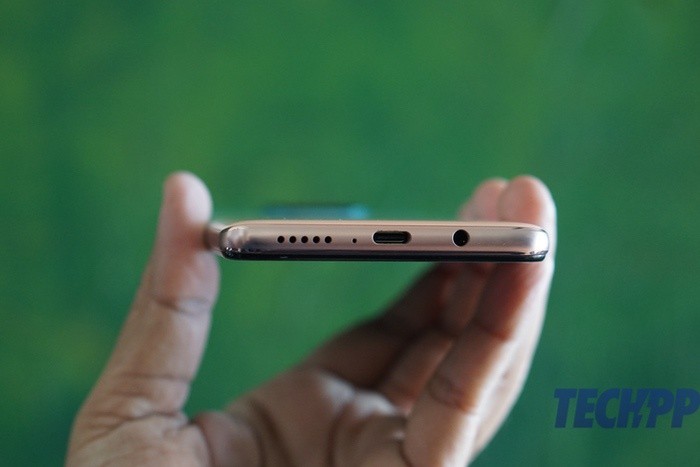 The phone comes with Xiaomi’s MIUI 12 interface on top of Android 10. The fact that it runs on Android 10 is a bit of a letdown when you consider that some of the Redmi Note 9 series have got Android 11 updates, but then the latest version of Android out of the box is still a rare sight. As for MIUI 12 itself, it can be polarising, with some finding its “ads” intrusive but truth be told, we have seen a definite decline in ads and recommendations with the arrival of MIUI 12, and our experience on the Mi 10i was very smooth. We were told we would be getting another update even as we were writing our review, which would make operations even smoother (and further improve camera performance), but truth be told, we had no issues with the functioning of the device. It was generally fast and multi-tasking was more often than not a breeze. Heavy-duty gaming sometimes heated it up but never to alarming levels. This is a rock-solid device with a terrific camera! 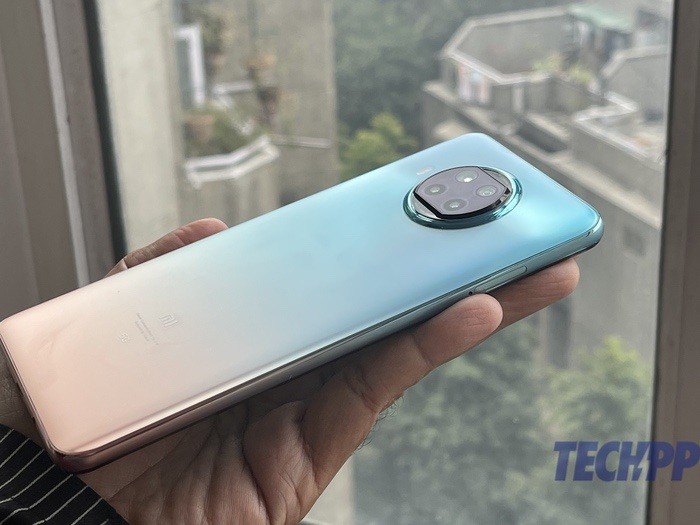 But that does not mean the Mi 10i has no competition. It does. Perhaps the most formidable is the OnePlus Nord, which for many remains THE choice for anyone looking at a phone with a budget of around Rs 25,000 (it starts at Rs 24,999). It remains a formidable customer with an AMOLED display with a 90 Hz refresh rate, and a comparable Qualcomm Snapdragon 765G processor, and while its camera loses out on the megapixel game, it does bring OIS to the mix. There is also the very formidable Samsung Galaxy M51, which now starts at Rs 22,999 (following a recent price cut), and features a large Super AMOLED display (albeit at a “regular” 60 Hz refresh rate), a very decent 64-megapixel rear camera, and a 32-megapixel selfie camera as well as a massive 7000 mAh battery, although some might be put off by the Snapdragon 730G chip running it.

But though the Mi 10i has competition (we are going to be making comparisons, relax), it undercuts all of them in the price department and more than matches them in others. If that does not tell you how good it is, nothing will. We would go so far as to say that at its current prices, it literally stands alone.

That i in the Mi 10i could well stand for “impressive as hell.” With a capital ‘i’.

Review Overview
Was this article helpful?
YesNo
TechPP is supported by our audience. We may earn affiliate commissions from buying links on this site.
Read Next
iQOO 11 5G Review: Does It End Your Quest for the Ultimate Smartphone?
#mi 10i #review #xiaomi