BSOD aka Blue Screen of Death is caused by malfunctioning drivers and kernel modules of Windows operating system. In case of a kernel error, most computers running Windows do not show a blue screen unless they are configured to do so. Instead these systems suddenly reboot without any notice leaving the user of the computer puzzled. It would take a while to realize that the PC has just crashed! 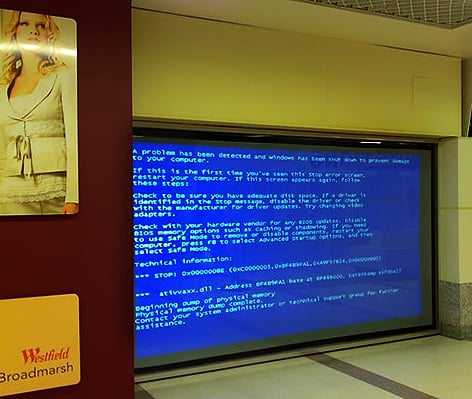 So, how to know what exactly crashed your computer?

Going by the traditional way, one would have to resort to Debugging tools to debug and analyze what caused the crash. But using this utility, you do not need any debugging skills to be able to find out what drivers are causing trouble to your computer. WhoCrashed relies on the Windows Debugging Package (WinDbg) from Microsoft. If this is installed, WhoCrashed will download and extract this package automatically for you.

WhoCrashed can run on Windows 2008 server, Windows Vista, Windows XP, Windows server 2003 & Windows Server 2000 editions. it is not tested to be working on Windows 7 beta as yet.

Though, it all sounds good, i must still warn that WhoCrashed cannot be always 100% sure about the drivers which are responsible for crashing your computer. Because all kernel modules run in the same address space, a kernel module is able to corrupt another. Also, a driver may be able to cause problems to another driver which runs in the same device stack. So keep in mind this software is not guaranteed to identify the culprit in every case but most often it does.

Was this article helpful?
YesNo
TechPP is supported by our audience. We may earn affiliate commissions from buying links on this site.
#BSOD