When Apple released the iPhone X back in 2017, it was accused of inflicting the tech world with a design horror that was the notch. A lot of critics gasped in shock and loathed the look of the rectangular-shaped black blotch that sat proudly on the face of the iPhone X. As is so often the case, all the criticism was followed by imitation of this feature by most smartphone manufacturers, who decided to be a little more clever and came out with their own versions of the notch by changing the shape, size, and placement.

Even while others were changing the design, Apple decided to stay true to its notch roots and insisted that the notch on the iPhone had more purpose than just looking pretty or housing the front camera. The brand continued to bring an almost similar-looking notch (although the size of it was somewhat reduced) to many of its new iPhones after the iPhone X, right up until the iPhone 14 Pro models showed up to the party. With the new iPhone 14 Pro models, Apple has introduced a new take on the notch. It has been called Dynamic Island and has become the talk of tech town in no time. It is a notch above the traditional notch (pun intended), even though it is located slightly below its previous location, and is the most distinct feature on the new iPhone 14 Pro series.

So as the iPhone 14 series goes on sale in India, here is everything we know about its most talked-about feature. Of course, we will tell you more as and when we actually start using it. But that is literally another story (and one which we will write, rest assured). In the meantime, here are our attempts to answer some of the most frequently asked questions about the iPhone’s latest headline-making feature:

What is Dynamic Island?

In the most simple terms, Dynamic Island is a pill-shaped cut-out that sits on the top of the display of the iPhone 14 Pro and iPhone 14 Pro Max. Much like an island that is surrounded by water, Dynamic Island sits on the display without touching the top or the bezels of the phone. The ‘Dynamic’ in its name refers to how it can change its shape and size to show more information as per the functions and features being used on the device.

How is it different from the notch?

In cosmetic terms, the Dynamic Island is surrounded by the display on all sides, while the previous notch (which is still present on the iPhone 14 and iPhone 14 Plus), the upper part of the notch actually flowed in from the upper bezel around the display. And while both house the front camera and FaceID sensors (IR sensor, proximity sensors), the notch on the iPhone is a fixed, almost rectangular black space, while the Dynamic Island can change its shape and size to accommodate and display information about m ongoing functions of the iPhone.

Which iPhones come with Dynamic Island?

Can the Dynamic Island disappear completely?

Does it have the same sensors as the original notch?

Apple claims that the Dynamic Island comes with a 31 percent smaller TrueDepth Camera system and also has a re-engineered proximity sensor, which detects light from behind the display. So it is way more compact, but it has broadly similar sensors, only they have been improved and made even more compact.

Is it as secure as the notch?

Even though its size and shape have changed, the Dynamic Island still possesses the front camera, the IR sensor, and the proximity sensor, basically all the sensors that make FaceID secure on the iPhone. This means Dynamic Island on the Pro Models is just as secure as the notch present on the non-Pro variants.

How does Dynamic Island work? 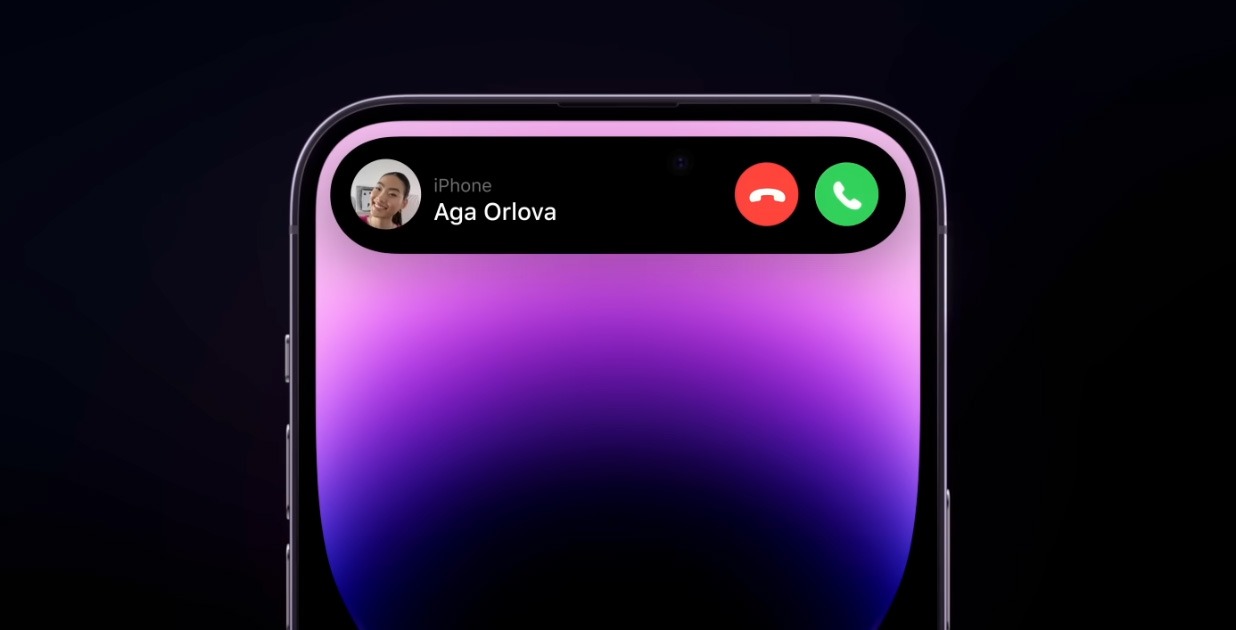 Apple uses Dynamic Island to display information and notifications. It might seem like the cut-out is physically expanding, but Apple actually changes the shape of Dynamic Island by blacking out the pixels around the cut-out, which gives it an illusion that Dynamic Island itself is expanding. The size of the main capsule-shaped notch remains unchanged, but areas around it can darken and show icons and information, depending on the settings.

Can you interact with the Dynamic Island?

Yes, you can. You can perform certain functions depending on the app you are using on the phone. In order to get more information on the notification received, one has to tap, swipe, or long-press the Dynamic Island, and it will morph into different shapes or let you carry out different operations. For instance, the Dynamic Island will show if you are getting a call, expanding to show the name and picture of the person, as well as options to take or reject the call. All you need to do is tap on the option of your choice. If you are playing music, the name of the track will be displayed on the Dynamic Island. Long pressing will give you access to music controls – no need to head to the Music app.

Will other iPhones get the Dynamic Island in the future through a software update? Can’t the pixels around other notches also be made darker, as they are also OLED displays?

This is, unfortunately, unlikely to happen. While it is aided by software, Apple claims that there is a hardware element to it as well, which goes beyond being able to darken pixels on OLED displays. Apple says that the Dynamic Island actually depends on Apple Silicon (we assume the Bionic A16) of hardware and software aliasing for the animations on it. That rules out its arrival on other iPhones, although we refuse to give up hope of some version of it eventually turning up.

What all can happen on the Dynamic Island? In other words, what can you see and do about it?

The Dynamic Island can perform a number of different functions and showcase a lot of different information. It can highlight when FaceID is being used or when AirPods get connected to the iPhone. It can show the call length when users are making or receiving calls and show tracks being played on the iPhone. It can display scores of sports that one may be interested in. It can show battery percentage and charging status. It can also display the estimated time of arrival while using travel apps like Lyft or Uber, along with a number of other functions. What’s more, in many cases, it actually gives you an option to interact with the information being displayed, so it is actually a sort of notification area that also facilitates multitasking.

What apps does Dynamic Island support?

As per the information from Apple, the Dynamic Island supports native apps like Apple Music, Maps, FaceID, Phone, Voice Memos, Clock, and Apple Wallet. It also comes with support to show information for some third-party apps, but the apps would have to add Dynamic Island integration to their updates to make the most of the feature. A number of apps have already started adding support for the feature in their apps. These include WhatsApp, Instagram, Spotify, and YouTube Music, and the list is expected to keep growing.

Like the original notch, will the Dynamic Island too come to Android?

Almost certainly. Even as this was being written, a developer had shown how a punch hole notch on a Xiaomi phone could expand and contract to show connectivity with earbuds. We have seen efforts from other developers in this regard too, and it is a fair chance that we will be seeing Android variants of the Dynamic Island soon.

Does this mean that Android phones will also come with large, capsule-shaped notches?

Not necessarily. As Apple has explained, the size of the notch seems to expand or shrink because the pixels next to it get darkened or switch back to other colors. So Android brands can actually stick to their current notches and simply darken pixels around them for something like the Dynamic Island.

Does the Dynamic Island mean that notch does not exist anymore?

Yes, it does. With the Dynamic Island, it might seem like Apple has subtracted the notch from the new iPhone Pro’s anatomy completely, but it actually just has taken a different shape. It is what other brands would call a capsule-shaped “punch hole” or “hole punch” type of notch.

The notch is alive and kicking at the time of writing. And judging by its appearance even on Apple notebooks, we do not see it going away soon.

Can you turn off Dynamic Island and have a simple old-fashioned, capsule-shaped notch?

Not at the time of writing. As far as we know, the Dynamic Island feature cannot be turned off or disabled. In fact, there are no specific Dynamic Island settings at all. There is, however, a way to at least temporarily turn off the persistent app “widget” that shows up in Dynamic Island when something is happening (such as a timer countdown) in the background.

Simply swipe left or right on the Dynamic Island, and it will go quiet until it is invoked again by another app. That’s right; it’s quite simple and easy to miss.

Will the Dynamic Island affect the battery life of the iPhone? 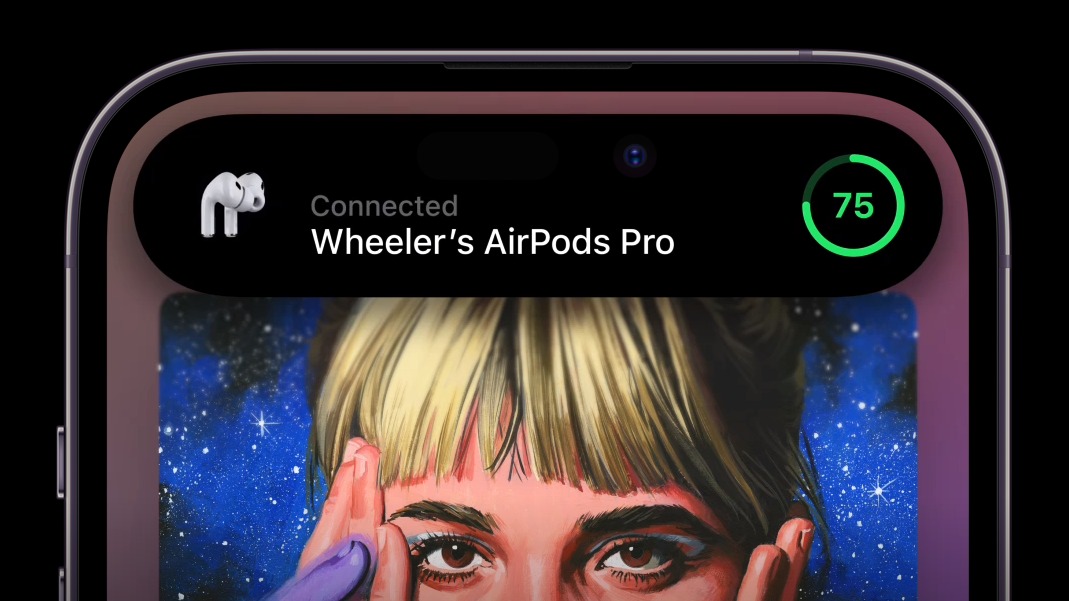 We have no experience with this, so we cannot comment at the time, but it stands to reason that it might impact battery life as it uses phone resources (including the display and the processor) and one that seems to react to notifications and display animations. However, whether this impact is significant or minor will only be known in the long run.

What apps use the Dynamic Island?

For now, a lot of apps using the NowPlaying and CallKit APIs are utilizing Dynamic Island on iPhones. They include:

Was this article helpful?
YesNo
TechPP is supported by our audience. We may earn affiliate commissions from buying links on this site.
Read Next
With Football Manager 2023 Touch, Apple Arcade finally has its “killer ...
#apple #Dynamic Island #FAQ #iPhone 14