Just a couple of days back, the iPhone Dev team had released RedSn0w 0.9.6 beta 1 which could jailbreak iOS 4.1 (and even iOS 4.2 beta) but only on iPhone 3G & iPod Touch 2G. Moreover RedSn0w 0.9.6 is still in beta and hence under testing and also available for Mac only. 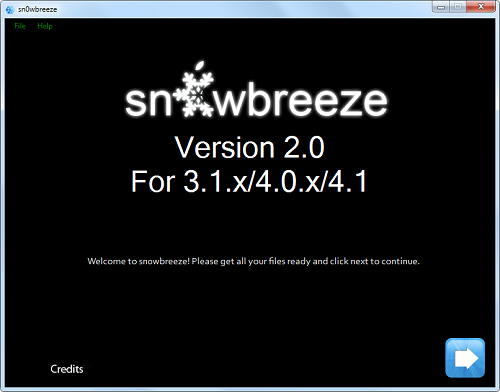 The detailed guide to jailbreak iOS 4.1 using Sn0wbreeze is coming up soon.

How to Download and Use Safari Extensions on iOS 15 and…
Download Best iPhone Live Wallpaper Apps in 2022 (Free and…
How to Change the Download Location in Safari on iPhone
iPhone 11 vs iPhone 12 vs iPhone 12 mini: which one should…
How to Prepare your iPhone for iOS 15 Update
iOS 14 iPhone Widgets: What are they and how to use?