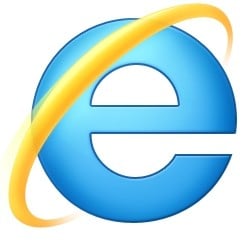 After a long wait, Microsoft has finally released the Internet Explorer 9 Release candidate which includes some important new features and changes as compared to IE9 beta release. 32bit and 64 bit versions for both Windows 7 and Windows Vista has been made available. As we mentioned before Windows XP users won’t be able to use IE9.

Tracking protection is one of the most important new features introduced in Internet Explorer 9 RC. This new privacy feature will allow users to identify and block many forms of undesired tracking such as cookies, web beacons, advertisements and trackers. Microsoft has included the ActiveX filter which allows users to switch off ActiveX elements within their session.

Internet Explorer 9 RC is definitely faster than the beta version. Even the harshest critics of IE have been praising the latest release for its design and faster response. Tab functionality has been improved in RC and the overall look & feel has improved leaps and bounds as compared to IE8.

The final version of IE9 is expected to be released in April 2011. Till then enjoy this release candidate.

Was this article helpful?
YesNo
TechPP is supported by our audience. We may earn affiliate commissions from buying links on this site.
Read Next
10 Amazing Facts about Microsoft Windows you Probably Didn’t Know
#ie9 #internet explorer 9 #Windows 7 #Windows Vista #windows xp