What would be the ideal gift for a young boy, a college going boy in his 20s and even an established businessman in his 40s? It’s the soon to be launched Nintendo 3DS – the game that takes you out of your couches and into the world outside, without having to take your mind off the game. 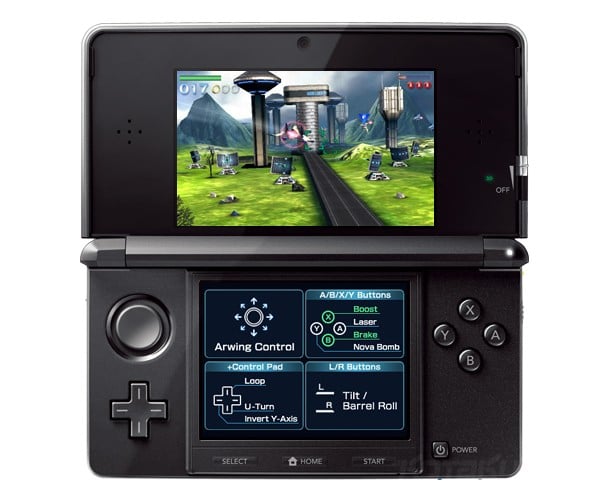 The Nintendo 3DS will be launched in the USA on March 27, and will be available for $250. It is already breaking all pre-booking records. “Consumers are going to have to expect for at least the first year that possibly finding a 3DS might be difficult“, says EEDAR analyst Jesse Divnich. The prices have already hit $500 for some 3DS systems on eBay. Nintendo aims to ship 4 million 3DS systems globally by the end of March.

As the name suggests, this is Nintendo’s portable console and gives a 3D view without the need for special glasses. Even though the 3DS is more expensive compared to the DS devices (which were $130 to $170), it is worth the money for its notable 3D gaming that gives the pleasure of interactive screen. “We think that the 3DS is an awesome machine“, says Tony Key of Ubisoft, which has three other 3DS games out Sunday and more than 15 in development. “It has a lot of features, including an accelerometer and gyroscope (to sense motion and speed) and the 3-D, that really make it … a unique piece of hardware“.

“The 3DS could be a godsend for identifying kids under 6 who need vision therapy“, said Michael Duenas, Associate Director for Health Sciences and Policy for the American Optometric Association. Contrary to arguments against 3DS citing poor vision, the eye-specialists believe it will help to catch vision disorders soon. But Nintendo advises under 6 year olds to use the 2D version of games, which nullifies the positive effects.

The 3DS also allows users to multi-task and flip the Home screen to enter other applications and then return to the game. The circle pad is like a larger version of the PlayStation Portable’s thumbstick and comes back to center position like the PSP. And instead of plugging the 3DS into an AC adapter, users can set it inside a cradle to charge the battery.

Various games and cameras are built into the 3DS. The cameras let you take 3D pictures and create mini avatars. Augmented reality games let you spawn characters and enemies as you point the 3DS’ lens at cards placed anywhere.  In an augmented-reality archery game, “looking down into your table, it looks like there is a pit“, says Brian Crecente of game news site Kotaku. “You actually have to walk around to see all sides of this pit because there is an underground chamber” from which targets emerge.

A pedometer is built into the game which avoids virtual coins for walking with the game, a way to healthier gaming. And the device’s StreetPass mode helps exchange information between two 3DS systems.

So, here’s a portable gaming device that mixes the outside with the inside. What it does for the US markets remains to be seen.

Was this article helpful?
YesNo
TechPP is supported by our audience. We may earn affiliate commissions from buying links on this site.
Read Next
With Football Manager 2023 Touch, Apple Arcade finally has its “killer ...
#Gadgets #gaming #Nintendo #nintendo 3ds #Product Launch