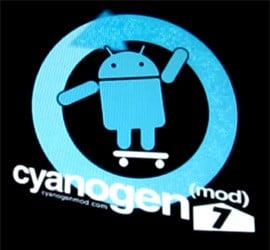 Big News this! The much awaited CyanogenMod 7.0 for android phones has been released and is available for download as well. CyanogenMod 7.0 (popularly known as CM7) is based on the 2.3.3 (Gingerbread) release of Android and includes support for several phone models and some tablets too!

CyanogenMod is designed to increase performance and reliability over Android-based ROMs released by vendors and carriers such as Google, TMobile, HTC, etc. CyanogenMod also offers a variety features & enhancements that are not currently found in these versions of Android.

As always, we advice you to read up and understand what you are upto before you root your device and/or install custom ROMs. The best way to install CM7 is to use ROM Manager. More details are available on Wiki.

In case you are opting for manual downloads, you can download CM7 from the mirror below. Make sure you choose the right version depending upon your handset.

Don’t forget to download the CM7 Google Apps package (gapps), which is available here. The gapps package contains Google apps, such as the Market, Gmail, and Maps, and needs to be installed after CM itself due to licensing issues.

You Can Now Install Google Recorder with Live Transcribe on…
Android Auto for Phone Screens is now Available for Download…
How to Download Android Apps on Windows 11 Right Now [Guide]
Adobe Premiere Pro Rush Now Lets You Edit Videos on Your…
Asus Zenbook 14 UX434 Review: Your Touchpad Now has a…
Amazfit T-Rex Review: The G-Shock is now Smart!