Sony To Release a Vaio Chromebook?

Sony hasn’t made any public statements about planning to release a notebook under the Google Chrome OS banner, but recent activity tends to suggest that that’s exactly what’s going on deep in its development labs.  Apparently, a Sony Vaio VCC111 Chromebook popped up on the FCC website. 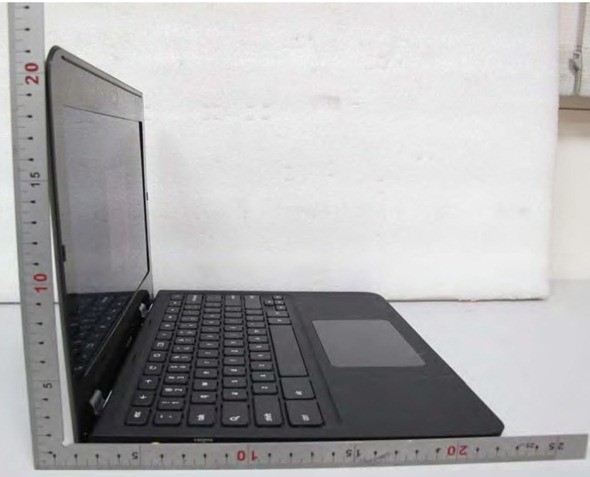 Sony to Release a Vaio Chromebook After Acer and Samsung?

Actually, the VCC111 was present at the FCC since September, but only now did the confidentiality agreement reach its term and photos plus a user manual have been finally released to the word wide public. If this is real news, Sony will become the third company after Samsung and Acer to implement Chome OS as a full time operating system. The company is working on a small Sony Vaio that is probably going to get released in the U.S. first.

Judging by the photographs, the Chomebook might come packed with:

This information is not set in stone and has been deduced based on the leaked photographs. The manual is somehow a bit confusing as it invites users to hit the Windows key in order to power up the Start Menu, but inexplicably, there’s no Windows key to be found in the photographs. Chrome OS-specific keys are to be noted, we have the back, forward and refresh button located in the top row. We can also infer, by looking at what Acer and Samsung did, that the ChromeBook does not have a hard drive and instead uses a solid state storage.

That’s because the essence of a Chromebook lies in web surfing running mostly web apps, that don’t require too much space but speed.  But just because the device is present on the FCC website doesn’t exactly mean that it will come to a store near you anytime soon. Is it possible that Sony was making plans of designing a Chromebook but then reconsidered and pulled the plug on the project? That might explain the 6 months time lag since the information firstly appeared online.

[First Cut] Lenovo Chromebook Duet: The Chromebook that we…
Firefox for Chromebook: [How to] Install Firefox on…
Realme unveils roadmap for release of Realme UI based on…
Windows 11 Release Date for Public Officially Announced by…
HP Chromebook X360 Review: A lightweight weapon for Web…
Asus Chromebook Flip C214 Review: The Touch and Type…