A few weeks back, Apple launched its new iOS flagship: the iPhone 5. A bigger version of the iPhone 4S (literally) but anyhow, a pretty cool device that has some improvements over the older models. One very noticeable change (apart from the bigger screen) is the new connector, which Apple has named “the Lightning” connector. There has been some controversy surrounding this new connector from Apple fans that bought lots of accessories to their devices and now cannot use them anymore.

In order to satisfy its clients, Apple has released a connector that allows users to turn the Lightning connector to the old 30-pin, however, the new adapter costs around $29 (still cheaper than buying new accessories). Apple claims that the change to the new connector was a measure that they had to make in order to make the new iPhone look better, but also to make it lighter. Some argue that they could have used the standardized Micro-USB, which has been implemented in the majority of smartphones, but Apple claims that their connector is better. 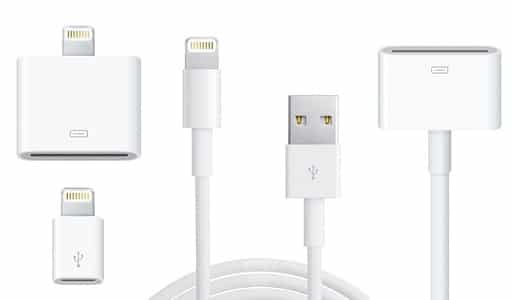 Is Lightning connector better than Micro-USB?

Apple says that the Micro-USB port could not work on the new iPhone because it is a low power connector and moderate speed. This is true, the Micro-USB could only power the device and allow it to sync files, unlike the Lightning connector that allows iPhone users to stream video and audio from their phones to external devices (they could have used a micro-HDMI for this in my opinion).

Also, as opposed to the Micro-USB which has 5 pins in its connector, Apple created their connector with 8 pins, a far cry from the old 30-pin connector. Something else that is quite remarkable about the new connector is that it can be used either side up (it does not matter how you plug it in, but be careful, because the USB side has jamming issues). This is accomplished by having the pins the same width as the connector and a microchip embedded in it that routes the signals in the correct order.

Reverse engineering specialists, Chipworks, recently tore down the Lightning cable and found that Apple has embedded a TI BQ2025 chip which has some security implemented on it. This isn’t necessarily an advantage for the end user, as it’s basically meant to keep the cable secured from pirates.

Although the new 8-pin design might offer users some increase in speed, the design has a major flaw: on the other end of the cord, they attached a USB 2.0. This will dramatically bottleneck the entire connector, and the users will not see a huge difference in speed. Maybe in the future, when Apple will implement USB 3.0 or Thunderbolt, the speed will go up noticeable, but until then, users will have USB 2.0 speeds on their data cords. 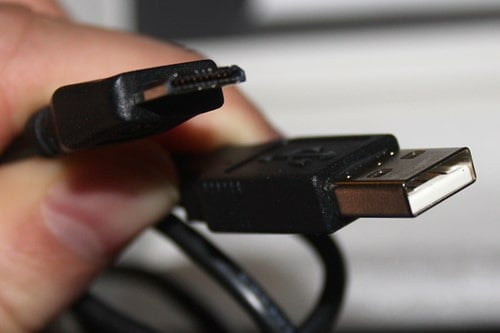 It’s hard to tell that one connector is better than the other. Each has its advantages and disadvantages, and to be frank, in terms of speed, they are pretty much the same. Apple’s Lightning wins points for design, power and the possibility to provide its users with far superior power when they make the leap from USB 2.0 to 3.0 or Thunderbolt, but it loses points because the connector is not compatible with the older accessories (in the sense that you have to buy a separate adapter).

On the opposing side, Micro-USB is a standardized model that works on countless devices but it does not have the transfer power of the Lightning connector (in terms of charging the battery of the device) and because it only has 5 pins, in theory, it cannot transport the same amount of data as the Apple connector. I believe that in the future, Apple will gain the upper hand. When they fix the USB problem, their Lightning connector will have vastly superior data transfer speeds than Micro-USB, but until then, I must admit that I lean towards the Micro-USB connector, simply because of its “one size fits all” nature.

Was this article helpful?
YesNo
TechPP is supported by our audience. We may earn affiliate commissions from buying links on this site.
Read Next
Snapdragon 782G vs Snapdragon 778G Plus: What Has Changed?
#comparison #iphone 5 #USB