The new BlackBerry 10 mobile operating system has just been launched and alongside with it 2 new smartphones from the Canadian company: BlackBerry Z10 and BlackBerry Q10. The latter is a full-QWERTY smartphone and it will be really curious to see how it will impact the market. The Z10 is a more goodly option, hence we’ve decided to do a round-up of the already available reviews.

One interesting move is the name change, so from now one we won’t call it RIM anymore but … BlackBerry. It’s like Apple would change its name into iPhone or iPad, but, then again, Apple’s stock wasn’t in such a bad shape as  BlackBerry’s prior to this event. So, let’s see what the Z10 tries to do in order to impress us. For the TLDR (too long, didn’t read) believers, you can find the video reviews at the end. 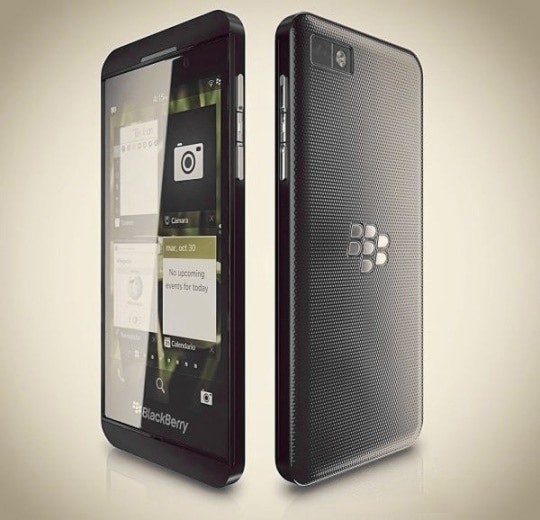 From my humble point of view, the Z10 has an appealing design, but it somehow lacks the “wow” factor. It’s edge-to-edge, it looks “tall”, it has a rubber rear end nice to hold, but its design is somehow similar to the iPhone 5 ( I hope Apple won’t sue them). We’re not talking about a strikingly similar design, but there are enough similarities. Joshua with The Verge thinks the same and says that the Z10 is

a beefier, wider version of the iPhone 5

He goes on to say that to some extent, the Z10 actually mimicks the iPhone’s design and refers to the curved cornes of the slabs, the space between the edge of the screen and the front panel. And if you really look into it, you can’t get your mind of the likeness between these two. However, it’s bigger than the iPhone, it doesn’t have a home button and its back is removable so you could easily access its innards. Joshua concludes exactly to the point:

The Z10 is a fine, handsome phone. It’s well made, feels solid in your hand, and is inoffensive enough in its design that it won’t really shock anyone. On the other hand, it won’t necessarily draw a lot of attention either, and if BlackBerry wants to spark some kind of excitement about its new hardware design, this device won’t get the job done.

Tim Stevens from Engadget doesn’t seem to be too impressed with the design, neither. He even comares it with the dead PlayBook, saying that as then’s RIM’s dead tablet was an understated, professional-looking device, so too is the Z10 stylistically muted. And he also says that the front design is similar to the iPhone 5 but he plays safe by saying that probably the Z10 was on the drawing board long time ago before the iPhone 5 and he might be right. So, the resemblence between these 2 is only a coincidence … ? 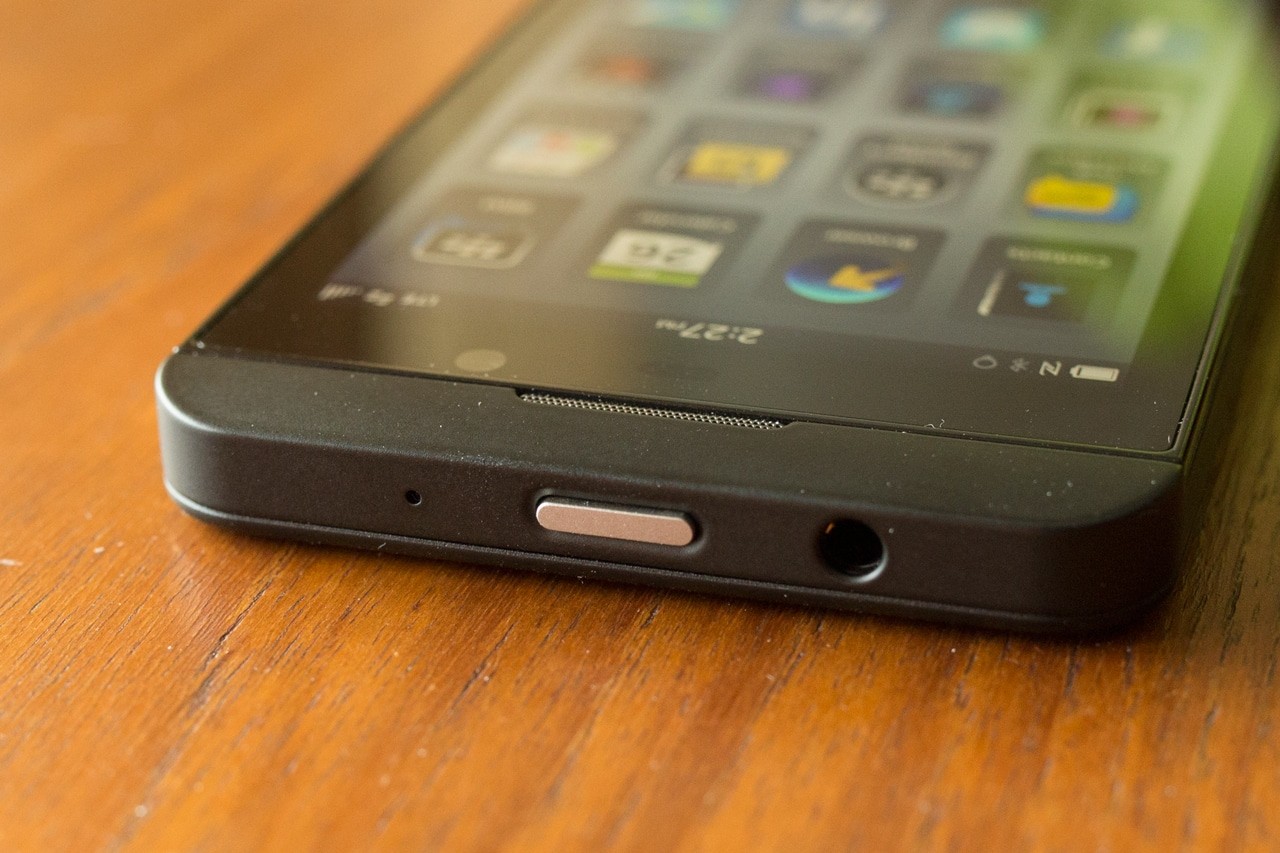 What most reviewers observed was the fact that the rubberized back makes it easy to hold the device only with one hand. It can become a pain, sometime, to hold a big device in one hand. BlackBerry has thought of that and that’s why they made the back adherent. I imagine that this kind of exterior coating is also resistant to your hand sweating, so you shouldn’t have issues here. Tim hits the nail on the head:

This is not a phone that says “prestige” in any way.

And probably BlackBerry wants it to be just like that: not too bad, not to great, to be suitable for the average Joe and for corporate users alike, following on their previous reputation. Let’s also look at the main hardware specifications:

Sadly, for those that know its resistance, it doesn’t have Gorilla glass. Notable changes are in button placement are the fact that the menu button is gone and also there’s no physical button for triggering the camera. Another downside for storage freaks (like those who’ll buy the 128 GB iPad) is that the Z10 doesn’t support more than 32 GB. Also, because of the placement of the battery, you’ll have to restart the device everytime you change the SIM or the storage card.

You should also know that there will be 4 different SKUs (stock-keeping unit) for each one of the US LTE carriers: AT&T, Verizon and Sprint + a HSPA model. The call quality, as Tim informs us, wasn’t top notch:

Transmitted volume was also a bit low, meaning we had to speak up to get the same level of output as compared to a few other handsets we tried. Volume levels also troubled us on the receiving side. The speakerphone built into the device has a disappointingly slight maximum output. BlackBerry handsets quite often get used for impromptu conference calls, plunked face-down in the middle of a conference room table, but with the Z10 you’ll want to make sure you go to a quiet place before attempting this.

And this is disappointing. I mean, I had a friend who used to praise BlackBerry devices exactly for what Tim is talking about. Could it be that BlackBerry made this device in a haste? Will we be finding more of the trademark features that BlackBerrys used to have besmirched? Let’s hope not.

What many people didn’t like at the previous BlackBerrys was the camera, and rightfully so. Z10 wants to fix that with its 8MP back camera. It’s not a jawdropping camera, but it can’t be called bad, neither. It comes with a few interesting features (some of them are very basic):

There’s no HDR, no ISO settings, no grid, no geotagging, no option to drop resolution, and one of its worst offenses in my opinion – no way to silence the shutter’s loud clacking.

Obviously, most of smartphone users around the world aren’t photo-savvy users, but that’s slowly changing. And sadly, BlackBerry isn’t doing to much to make you trust your smartphone as much as you do your digital camera. Pictures taken with the Z10 will perform better on the outside than on the inside, thanks to more ambient light. So, don’t rely on it for corporate pictures. Jessica found the video ability decent enough: I was not disappointed. Video looked clear, and audio sounded good. Clips played back smoothly, without jerkiness, and I didn’t detect any graininess either. 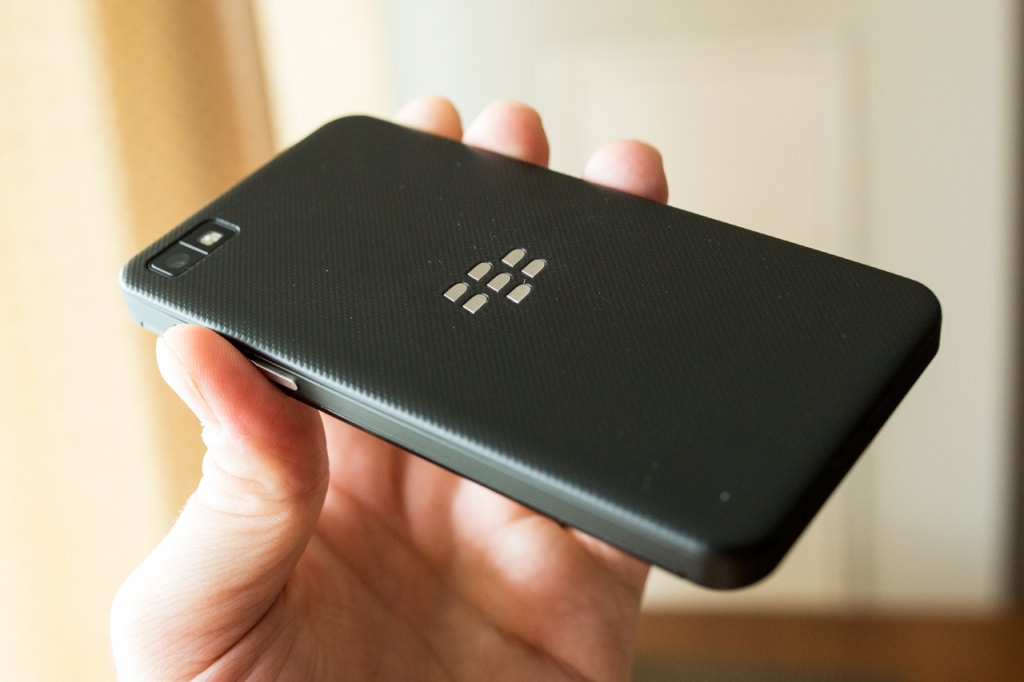 Also,  nice feature from the BlackBerry 10 operating system is the StoryMaker. It’s a very basic tool that allows you to mix images with video, put some credits and animations, add a background song and make a small presentation. Limited, but somewhat useful application. But here comes the good part about the front facing camera. Usually, we use it only for video chats. This is also possible in the BlackBerry 10 operating system – in BlackBerry Messenger users have now the ability to video chat.

The display has a pixel density of 356 ppi, which should be more than enough for a crisp image quality. Contrast, color saturation and viewing angles don’t disappoint, being amongst the best on the market. Tim notices a small shortcoming – tilting the phone up or down introduces a slight yellowish hue to everything. It’s hardly distracting, but it is noticeable.

The BlackBerry 10 is fast, like real fast, nobody can take that away from them. While on stage of the event, the CEO highlighted a few times that there’s a “natural flow” and he’s right. Most reviewers find the Z10 snappy and responsive. The Z10 is a multitasking expert and you’ll understand this only if you feel it in your hands. However, it saddens us to see that the first people to got the device in their hands found the battery life to be disappointing. And not only its lifespan, but booting and shutting down.

I regret to report that I’ve been deeply disappointed by the battery in the Z10.

The Z10 takes more than a minute to boot up after the battery is removed and it sometimes took up to 30 seconds just to shut itself down.

We can only hope these are bugs related to the 1.0 version and that they will be fixed. Kevin Michaluk with CrackBerry praises the speed of the BB10 in Z10 –  It’s a whole new era for BlackBerry and the performance delivered is night and day compared to current BlackBerry phones.  But he makes a good point here comparing it to previous BlackBerry models because it’s clearly more impressive when you compare it to them. When you compare it to what we have on the market today, you realize it’s good, but not the best. Still, it’s enough for long-time BlackBerry fans to buy this one. Read our full analysis of the BlackBerry 10 software to get a better understanding.

Tim also found another drawback with the performance of the Z10:

Overall web performance isn’t up to snuff with other modern smartphones according to the SunSpider JavaScript benchmark. On average, the test completed in 1,775ms. That’s nearly twice the time it took the iPhone 5 to complete (924ms) and more than twice as slow as the $100 Samsung ATIV S we recently reviewed.

For those that weren’t patient enough to read all from the above, then the video reviews are for you.

Was this article helpful?
YesNo
TechPP is supported by our audience. We may earn affiliate commissions from buying links on this site.
Read Next
Blackberry Key2 LE with Snapdragon 636 SoC and Physical Keyboard Launched for...
#BB10 #Blackberry #z10