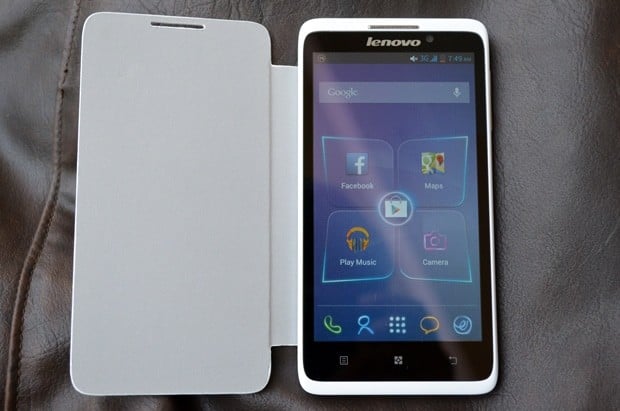 It feels strange to try out a smartphone bearing the Lenovo badge – being a name traditionally associated with laptops and all-in-one PCs. The manufacturer has a new range of smartphones out, and we have with us the IdeaPhone S890 – a mid-range 5-inch, dual-SIM handset that runs Android Jelly Bean. And though it isn’t really top-of-the-rung in terms of specs and pricing, it ticks all the right boxes if you covet an affordable, yet capable smartphone that doesn’t require any compromises in terms of the features and the brand. More choice is always good, so it’s great to have another well-known brand making its presence felt. On the other hand, more choice also means more confusion… but that’s what we’re here for. Let’s take the IdeaPhone S890 through its paces to find out whether it is, in fact, a good idea or not.

Lenovo has been known for making great hardware, and no one can doubt the build quality on its machines, especially the ThinkPad range of notebooks. And the same legacy continues with the IdeaPhone S890. Clad in white plastic (blue is another color option), the device features very good build quality and feels solid in the hand – with its higher-than-usual 176 gram weight playing a part. 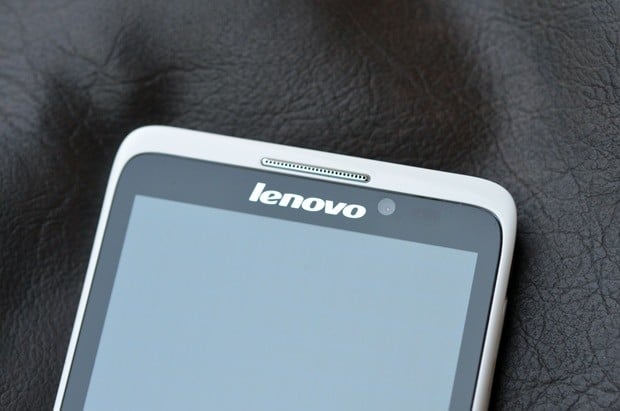 In terms of design, it’s basically a flat slab with rounded corners, but a chrome-finished trim running around the four sides does a lot to make it look spiffy. The said strip is at its thinnest at the center of the spine on both sides, and then widens as it runs across the top and bottom. A similar chrome finish can be found on the grilles covering the phone speaker on top of the screen and the main speaker at the rear, and also encircling the camera lens – lending an elegant look to the phone. A notification LED is hidden on one side of the top phone speaker.

The 5-inch screen is surrounded by a black border, with three capacitive touch keys at the bottom, and the Lenovo logo and front-facing camera on the top. At the rear, you’ll find the protruding camera lens near the top, with an LED flash right below it. The microUSB port is located at the bottom of the phone, the 3.5mm audio socket is on top along with the power key, while the volume rocker is placed on the right. The aforementioned power key on top is a tad difficult to reach if you’re using the phone one-handed. However, you can sidestep this problem by using the flip cover that’s included in the sales pack. Similar to Apple’s smart cover for the iPad, it automatically wakes up the device from slumber when you open it and eliminates the need to reach for the power key. However, it doesn’t unlock the device, and you still have to perform the swipe to unlock action for attaining access. 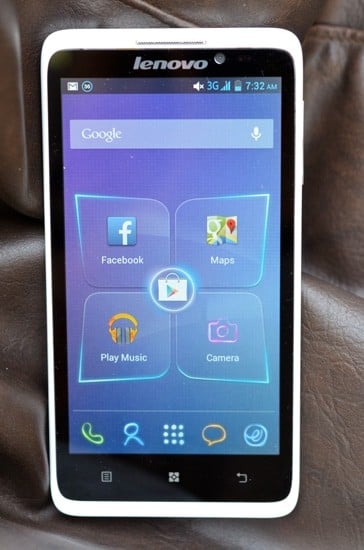 The Lenovo IdeaPhone S890 offers a 5-inch window into your virtual world. The IPS display has a higher resolution of 960 x 540 pixels as compared to the Samsung Galaxy Grand that provides 800 x 480, but is lower than the Micromax Canvas HD’s 1,280 x 720. Numbers aside, in real-life usage, the said display offers good viewing angles and touchscreen response, and the colors are reasonably vibrant. However, it’s not the best we’ve seen, and sunlight legibility isn’t too great. 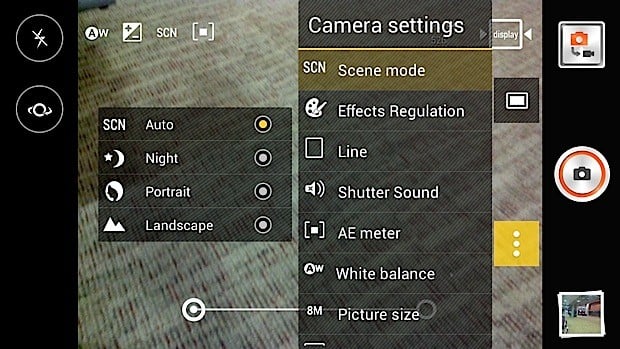 The S890 has been endowed with an 8-megapixel main camera, and a VGA shooter at front for video calls. The camera app offers a plethora of features including control over white balance and metering, various scene presets, and modes such as panorama, smile shot and HDR. There’s a 100-shot burst mode as well, but no way to tweak ISO settings.

Video capture is restricted to the archaic 3GP format and maxes out at 720p – so if you’re looking to capture full HD videos, you’ll be disappointed. Image quality is fairly pleasing in good light – the images turn out sharp and colors are reproduced well. In low light however, the pictures are a tad noisy. Video performance is quite decent, though we won’t advise you to ditch that camcorder just yet. Overall, the camera isn’t really the S890’s strongest point, but it isn’t a deal-breaker either.

The smartphone runs Android Jelly Bean, version 4.1.1 to be precise, with Lenovo’s custom skin on top. Be warned – it’s a skin that isn’t subtle by any means and alters the stock feel drastically. Customization freaks will love it though, since there are tons of options on offer. The lockscreen allows quick access to the camera and Google Search, and once you unlock, you’re greeted by the Lotus Widget, a flower-shaped widget that has a shortcut to the Google Play Store placed right in the center, with four customizable app shortcuts on the four petals surrounding it. These are set to Facebook, Maps, Play Music and Camera by default, but can be changed by using a long press action.

The notification bar provides quick access to common settings, connectivity toggles and sound profiles. Even the icons have had a makeover, can be decorated with your choice of skins, text color and font size, and you can also choose from a variety of built-in system themes to change the overall look and feel. Various animation effects are provided for switching home screens, the app launcher, and app screens as well. Once you’ve customized to your heart’s content and created that perfect configuration, you can also save it as a “scene”, so you can revert to it when required. Also, this allows creating different scenes suited for different activities, such a one each for work, home, travel, etc – a concept we’ve seen earlier with older versions of HTC’s Sense UI.

The app drawer is segregated into tabs, and is divided into all, recent, and running apps, with the latter also offering a quick look at available RAM and a button to free it up. There are a number of pre-installed goodies as well, and include a backup utility, a file manager, a flashlight app, a tutorial for novices, UC Browser, a calendar app called LeCalendar, and a feature-rich notes app with its own backup and restore function. Text input is handled by TouchPal Keyboard – again, a highly customizable piece of software that features word predictions, auto spelling correction, swipe-based text entry and theme support – akin to SwiftKey.

Another preloaded app, Lenovo Power Saving, provides different profiles for prolonging battery life, allows you to specify a low battery threshold and switch to a different profile when the battery level drops to that level. There’s a customizable profile option and a widget for quick access available too. Yet another notable addition is an app that searches for installation packages (APKs), and allows you to install them directly. Lenovo’s skin, software tricks and slew of options on the S890 aren’t for stock Android fans, but despite its loaded nature, the performance isn’t affected. And as we mentioned earlier, those who love to customize are likely to find Lenovo’s offering a lot of fun. 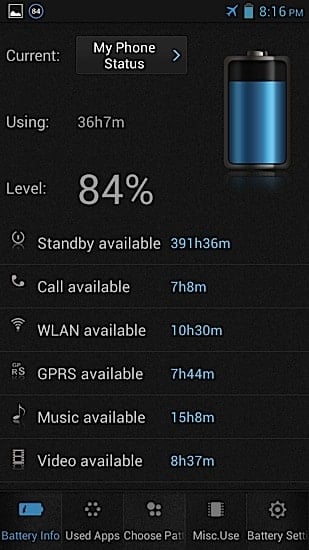 At its heart, ticks a MediaTek MTK 6577T dual-core processor clocked at 1.2GHz that’s mated to 1GB of RAM. There’s 4GB of internal storage augmentable via microSD, while the connectivity options cover the usual Wi-Fi, Bluetooth, A-GPS, et al – there’s no DLNA or NFC goodness here. Do note that out of the two SIM slots, only the first supports 3G. Performance is smooth for the most part. Menu transitions and switching apps aren’t super fast, but in everyday use, the performance is quite decent. The video player isn’t friendly with full HD videos, and some video formats, but that can be taken care of by using third-party players. The 2,250 mAh battery packs enough to fuel the smartphone for a full day comfortably, and if you’re frugal in your usage and use the power saver function smartly, you can even stretch it to the second day. 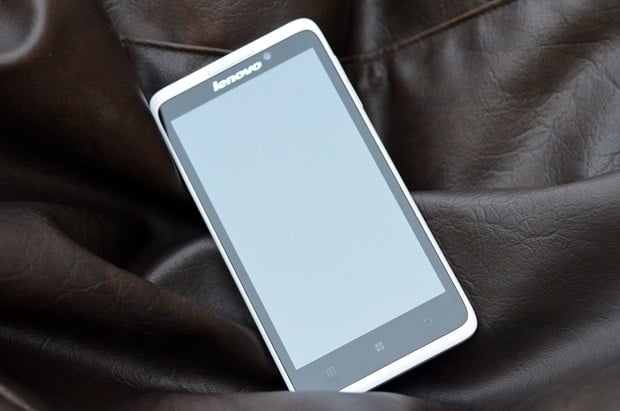 The Lenovo IdeaPhone S890 carries a price tag of Rs 20,899 (~ $390), and at that cost, faces intense competition from the Samsung Galaxy Grand. Those considering value-for-money large screen smartphones would also have shortlisted the Micromax Canvas HD A116 – a device that offers a quad-core processor and is priced lower at Rs 14,499. On the other side, the Galaxy Grand costs roughly the same as the S890 and has a lower resolution screen, but trumps the latter with its higher storage, full HD video recording and playback, higher resolution front camera and better connectivity options. Considered in isolation, the S890 is a very capable device, but gets squished from both sides when you take the competition into account. That said, those looking for a well-built and elegant-looking smartphone that doesn’t cost the earth will not feel disappointed with it.