Now that we are done with iPhone rumors and leaks (for a while), we get to see a lot more about the upcoming Nexus 5 smartphone from Google, most probably made by LG again. In a set of regulatory documents released by FCC (Federal Communications Commission), we get to see a collection of photos that looks very similar to the device which was accidentally leaked by Google, while promoting the new Android 4.4 KitKat version. 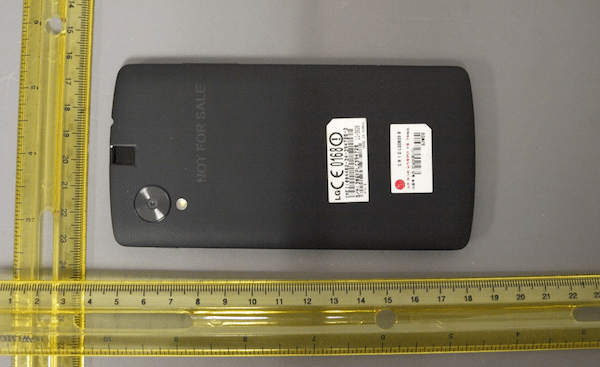 The photos show a device with a huge camera, just like what we had seen in that leaked video (which was later removed by Google). There is no Nexus branding though, which makes it a bit tough for us to be sure it’s a Nexus 5. But most hints are fitting into the jigsaw puzzle, saying its Nexus 5 indeed.

As per Phonescoop, who first spotted it, the filing was submitted as a “class 2 permissive change” for the LG’s latest flagship Android device, the G2. Considering this, Nexus 5 might very well be based on the design and hardware of G2, just like what LG had done with Nexus 4, which was very similar to the LG Optimus G in terms of design language and internal hardware. 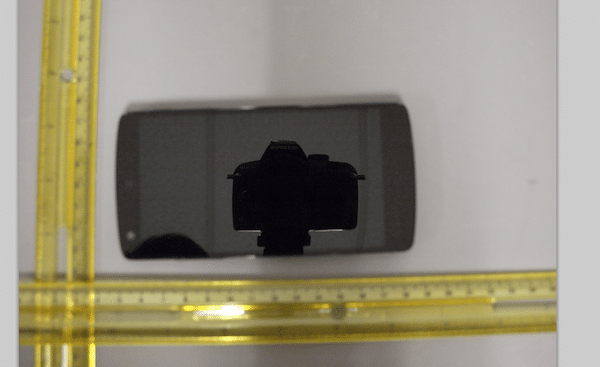 We had the opportunity to play with LG G2 at the just concluded IFA 2013 in Berlin. It’s a fantastically designed phone running the 2.26GHz Snapdragon 800 processor and 2GB of RAM. Of course, Google will make its own changes to the Nexus 5, but if it is anywhere close to the LG G2, it should be a fantastic upgrade for the Nexus 4. 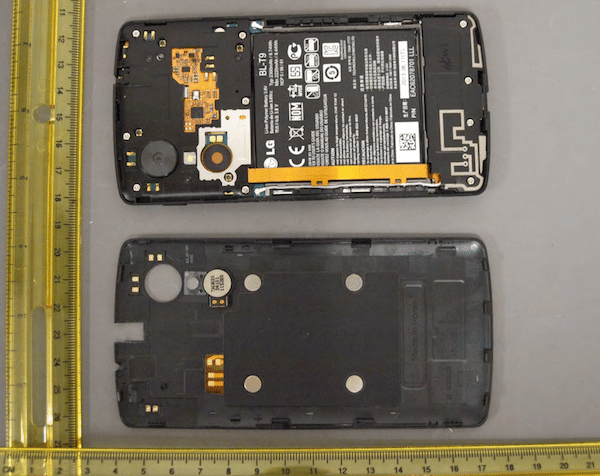 Coming back to the filing, Nexus 5 could carry a 4.96-inch display and could be supporting LTE bands used by AT&T, Verizon, and Sprint. The phone supports dual-band 802.11ac Wi-Fi and will have a meager 2,300mAh battery as well. The dimensions stated in the filings are 5.19 inches in height and 2.69 inches in width, which is slightly lesser than Nexus 4, which had a smaller 4.7-inch screen. This is another reason for us to believe Nexus 5 will have narrow bezels like the LG G2.

TechPP is supported by our audience. We may earn affiliate commissions from buying links on this site.
Read Next
How to Fix Google Chrome Translate Not Working
#google #LG #Nexus 5