PlayStation 4 Reviews: What’s Great and What Needs to Get Fixed

The battle between Sony’s PlayStation 4 and Microsoft’s Xbox One has started, with the first one finally going on sale tomorrow at midnight. The Xbox One is going to be commercially released on the same date as the PlayStation 4 for US customers, but for the rest of the world, the Xbox One will be out from 22nd November  and the PS4 will arrive a week later on the 29th.

The first reviews for the PlayStation 4 are already here and we have went through most of them to extract the most valuable tidbits to provide our readers with. Here what caught our attention and what you should also know about the PlayStation 4.

Stephen Totilo from Kotaku find the PS4 to be a very portable device, one that you could actually put in your backpack and carry it with you. Most of you will probably decide to keep their PS4 consoles at home, but it’s good to know that such a powerhouse doesn’t take up too much space and doesn’t break your arms while carrying:

The PS4 is a surprisingly small box. It is so sleek that it might as well be the 2015 PS4 Slim tossed back to us 2013ers via a time machine. It is lighter, thinner and quieter than the original 2006 PlayStation 3. The PS4 turns out to be easily portable. Mighty as it may be, for several days, I’ve been able to easily slip the console into a backpack. I grab two cables and a controller and travel with the machine with little more inconvenience than if I was hauling around a thick laptop computer.

Speaking about Sony’s PlayStation 4 build quality, Richard Mitchell from Joystiq finds the plastic casing to come with a few drabwacks. Here’s what he shared in his review.

The only troubling physical quality of the PS4 is that the plastic casing has a good amount of flex to it. Squeeze or prod the console and you’ll be able to see and feel the plastic bending under your fingers. The outer layer of plastic feels very thin, and honestly I think a sharp object could probably pierce it (though I’m not about to test that theory). It won’t be a concern for many users, but those who travel with their PS4 will want to be extra careful.

Referring to the PlayStation controller and its multi-touch touchpad, Stephen finds little use in it, at least not in the initial launch games. What is to be noted about the controller, though, and little known by consumers, is that PS4’s controller comes with a headphone jack that can output game’s audio to the controller-connected headphones. 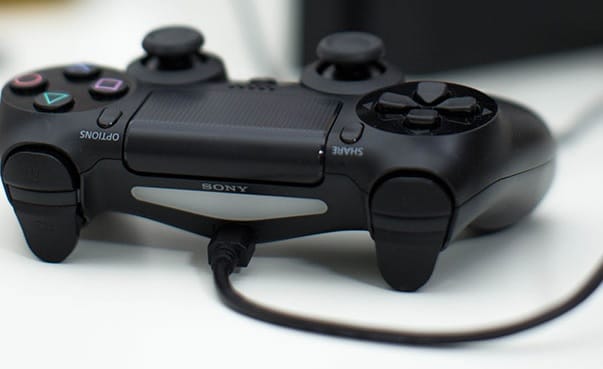 Richard also find the DualShock 4 to be one of the most comfortable gaming console controller he’s ever held in a while. He describes carefully all that has changed versus the previous controller:

It abandons the long-maintained DualShock design for something much more ergonomic. The DualShock 3’s tapered prongs have been replaced by more bulbous and natural handles. Even better, the back of the controller is made of a textured, but not rubberized plastic that offers great grip. The D-pad directions are spaced more closely together, and there’s a nice divot in the middle that gives the thumb a natural place to rest. The analog sticks are spaced slightly further apart, and they now feature concave bowls on top, preventing the slippage common with the DualShock 3.

Stephen goes on saying that you really understand how much of an improvement the PS4 over the PS3 when you connect it to the Internet. The “share” button on the DualShock 4 controller is another nifty tool to make you want to take your experience to the online world.

Plug the PS4 into the Internet and you can expect a very different experience. It’s ironic that the PS4 was the system that was never announced to require an online connection. Turn the machine on and the main menu screen will be full of a cascade of updates from whatever PS4-related stuff your friends have been doing: playing games, uploading clips, broadcasting livestreams.

On the other hand, Grant Brunner from ExtremeTech has compiled a few downsides of the PlayStation 4 and some of them seem to be related to the controller’s functionality and another silly, but annoying fact – the PS4 seems to not be able to sit evenly on a table:

Some people are complaining about the design of the “Share” and “Options” buttons, but my biggest problem lies with the touchpad. When you press it in, the click is very slight and mushy like a cheap keyboard. The controller still rests on the triggers, and the d-pad just isn’t quite as good as the Wii U’s implementation. The PS4 doesn’t even sit evenly on a table. How a lopsided console was able to make it to market is beyond me.

Richard also dedicates a lot of space in his review to the online part, specifying how social you can get with the PlayStation Network.

The PS4 allows you to link to both your Facebook and Twitter accounts for the purposes of sharing screens, videos and stories about your gaming accomplishments. If you really want to annoy your friends, you can have Facebook automatically publish stories every time your earn a Trophy or start playing a PS4 game. 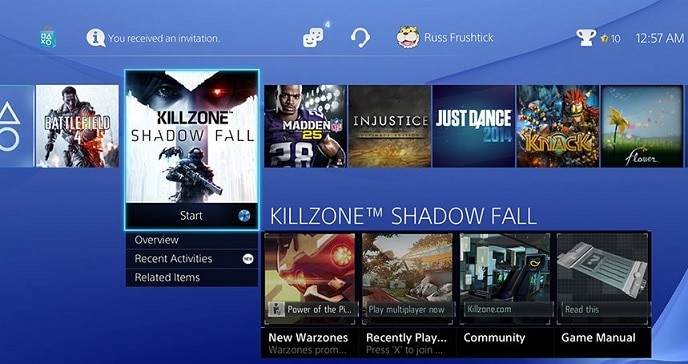 Storage is another feature that needs to be taken into consideration and Joystiq’s author share his insights in this field, as well:

By now you might be wondering what kind of impact all of this sharing and installation is going to have on your hard drive. After a day of futzing with the PS4, I accumulated around 40 minutes of gameplay footage and nearly 40 screenshots, which totaled just under 1.7GB. That won’t make much of a dent in the PS4’s 500GB hard drive, 409GB of which are usable out of the box. Game installations, however, make a significant dent. Killzone: Shadow Fall is a whopping 39GB, while Battlefield 4 takes up 35GB and Assassin’s Creed 4 requires 21GB. Resogun, a smaller downloadable game, is 461MB.

When it comes to software, the same Grant points out a few important drawbacks that I think everybody should know. We’re so used to Xbox losing the software battle that we’re overlooking the fact that the PS4 also has its woes:

Recently, there was a huge kerfuffle over the lack of DLNA and MP3 support, and that certainly is a step backwards from the PS3. 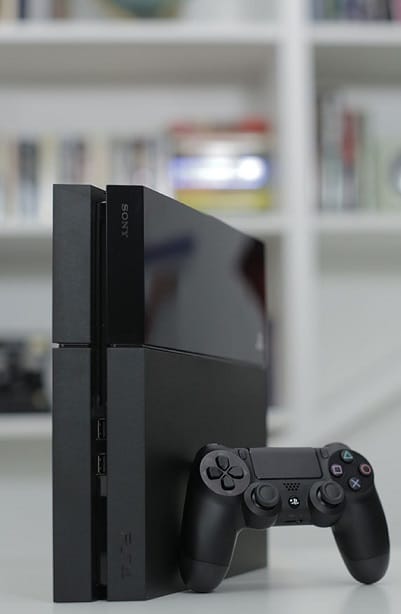 Worse still, the promised HDCP toggle and suspend/resume mode aren’t even available after the massive day-one patch. While it’s frustrating to see these major features missing from a brand new $400 box, these will most certainly be patched in at a later point. Sony is being vague with its timeframes, but it’s pretty safe to assume we’ll see a nice big feature patch six-to-twelve months from now.

Matt Peckham from Techland column of Time.com concludes with the following:

That’s what $400 for a PS4 buys you this time around: a system that feels like something that’s been around the block off the block, instead of a feature-incomplete, overpriced collage of half-baked apps and feature hypotheticals. You’re still buying a promise, but for once it feels like a promise made on solid, well-trodden ground.

The conclusion for the PlayStation 4 review from the Polygon staff says it all, combining both strong and weak point of Sony’s latest gaming console to hit the market.

The PS4 hints at plenty of other possibilities. Local network play via the PS Vita has an enormous amount of potential. The PlayStation App and even the Playstation Camera may provide opportunities for developers to broaden the appeal of the PlayStation 4 beyond the hardcore audience it currently seems so intent on courting. But the PlayStation 4’s focus on gaming — and only gaming — is undermined by a distinct lack of compelling software.

My personal opinion after looking through all these reviews is this – if you can wait, then wait until Sony discounts the PlayStation 4. Sure, the PS4 is a great gaming device, but not that great to make you save up money to buy. Heck, you won’t see people lining up for a PS4 like they do for an iPhone or an iPad. Nonetheless, as more awesome games will get released, I’m positive that the PS4 sales will increase, as well.

iPhone 12 mini Touch Sensitivity Issues Fixed with iOS…
How to get great Bokeh without Portrait Mode on Smartphones
PS2: I love you! 20 years, 20 facts about the PlayStation 2
Have Unboxings Beaten Phone Reviews?
Why do tech reviews take so much time?
Best Smart TV Deals on Flipkart Big Billion Days and Amazon…